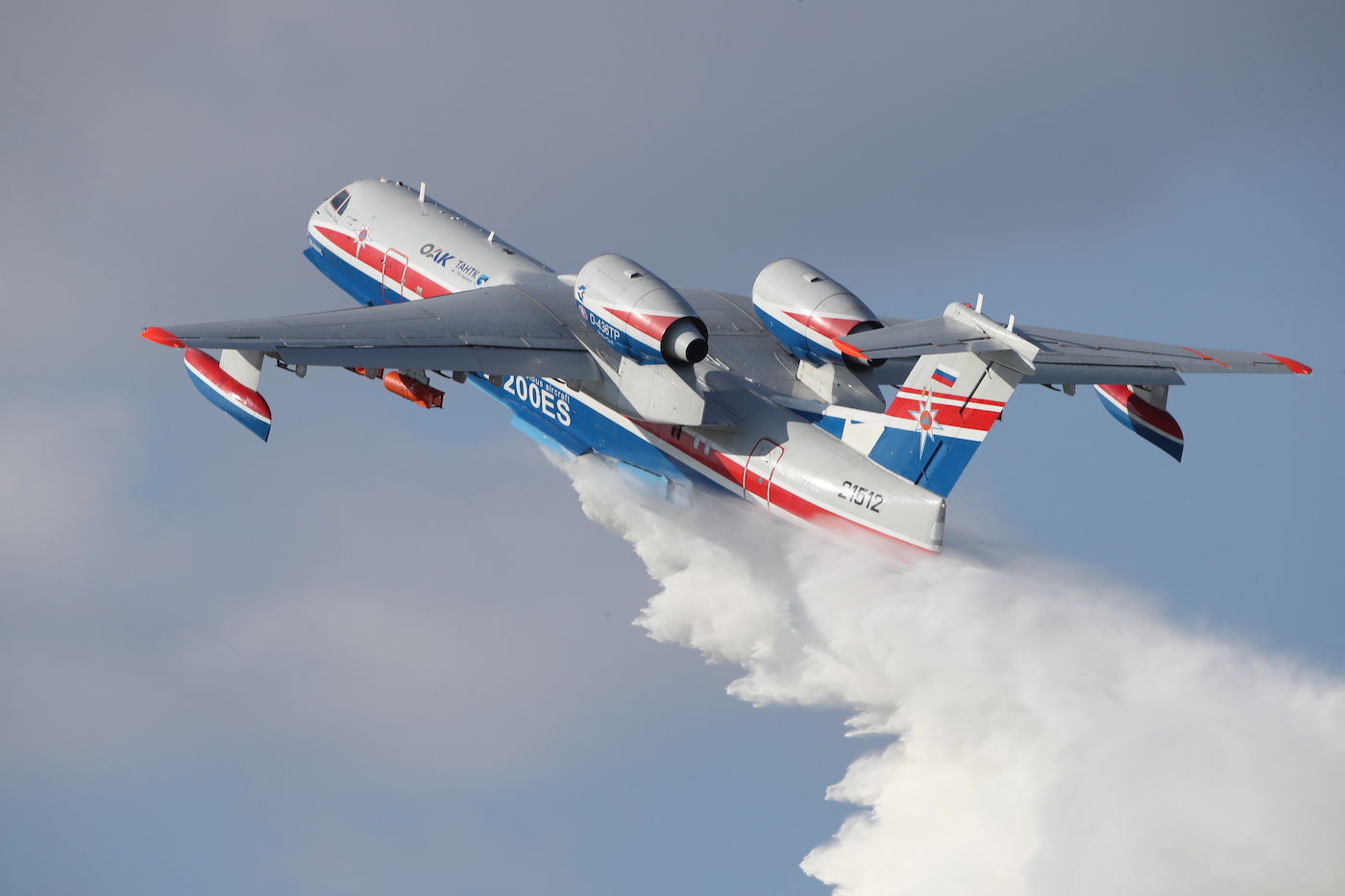 The Russian Be-200ES aircraft landed in Greece today. It will be used to fight wildfires in the country.

The corresponding agreement between the Hellenic Ministry of Citizen Protection, responsible for organizing measures for fighting wildfires, and was PJSC ILYUSHIN officially signed in Athens.

The agreement was prepared with the support of the representative office of Rostec State Corporation in Greece, initiated with negotiations between the Russian delegation, headed by the First Deputy Director General of Rostec Vladimir Artyakov, and the Greek Deputy Minister of Citizens Protection, Mr. Nikos Hardalias, in March this year.

“Wildfires pose a serious threat to people, especially when these natural disasters occur in remote areas. Aviation has repeatedly demonstrated speed and effectiveness in eliminating the consequences of forest fires. In the course of the flights, we are planning to work out new methods of water intake and discharge to fire sites under extreme hydrometeorological conditions. Our Greek partners share our confidence in the capabilities of the Russian aircraft and count on our effective support in aerial firefighting”, commented theFirst Deputy Director General of Rostec Vladimir Artyakov.

Foreign countries regularly seek Russia’s help in eliminating wildfires. In 2020, a first contract for fire extinguishing services with a foreign customer was implemented, and Russian Be-200ES amphibious aircraft was received positively. This contributed to its promotion to foreign markets, both for providing services and for direct deliveries.

Unique Be-200ES amphibious aircraft are manufactured by the Beriev Aircraft Company (part of PJSC UAC of Rostec State Corporation). The aircraft have proven their effectiveness in fighting fires in Russia.

Be-200ES is the world's only amphibious jet aircraft, which provides undeniable advantages in speed when extinguishing fires. Be-200ES can take on board up to 12 tons of water. The aircraft has a good performance in terms of the number of water discharges per hour. For one refueling, the aircraft is capable of dropping up to 270 tons of water.

Rosoboronexport to be Official Sponsor of MAKS-2021 Air Show