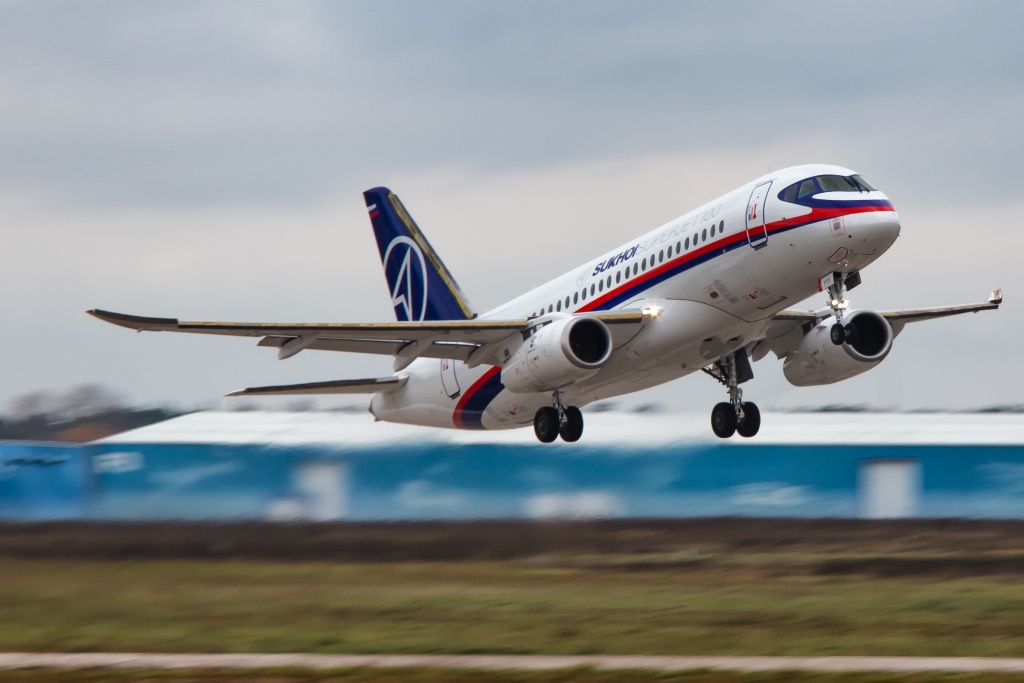 The Irkut Corporation of United Aircraft Corporation and PSB Leasing group of companies have signed three contracts for supply of eight SSJ100 airplanes for use by Aeroflot, Azimuth and Red Wings Russian airlines.

Under the terms of the contracts, Irkut Corporation will supply the eight aircraft. Five planes will be supplied to Aeroflot, two to Azimuth, and one to Red Wings. The airliners will be produced in two cabin layouts. Aeroflot's aircraft are manufactured in a two-class cabin layout: with 12 business-class and 75 economy-class seats, while Azimuth and Red Wings have a single-class cabin.

The contracts are financed under a Promsvyazbank credit line opened for PSB Leasing group of companies with the aim of acquiring and leasing aircraft in 2020 and 2021. The source of repayment of the loan obligations will be lease payments received from the airlines during the period of aircraft operation.

The SSJ100 is a regional airliner with a cabin capacity of up to 103 passenger seats. The aircraft has demonstrated economic efficiency during the pandemic due to its optimal combination of flight range and cabin capacity.

The airplane is currently operated by fourteen carriers. In March 2020, the first contract was signed with the United Nations for the use of SSJ100 aircraft to provide services to UN peacekeeping missions.