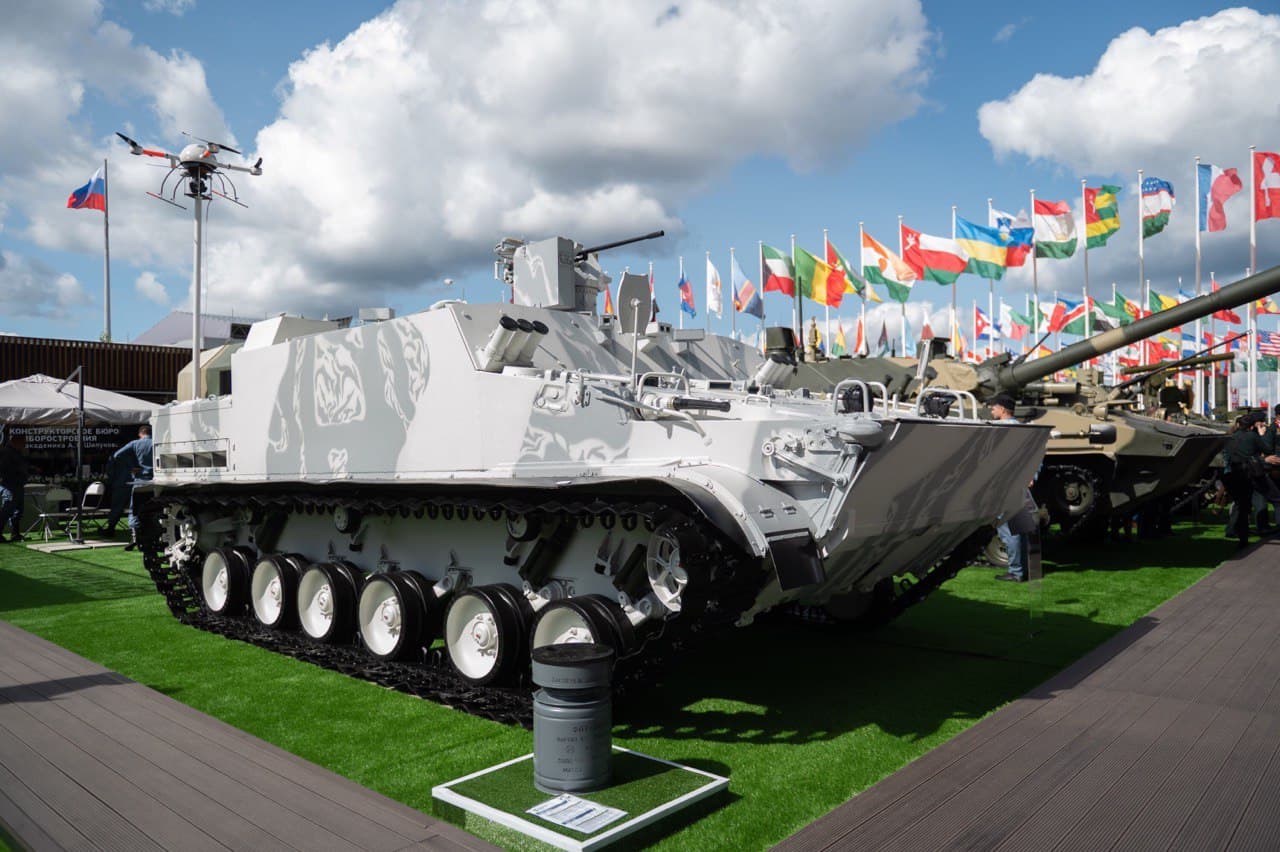 The High Precision Weapons Holding of the Rostec State Corporation has shown an 'Arctic' version of the BT-3F (БТ-3Ф) armored personnel carrier adapted for operations at the Far North at the International Military-Technical Forum “Army-2021”.

The carrier is equipped with a 12.7mm caliber autonomous combat module featuring an integrated thermal imager and a laser rangefinder. This armored vehicle is designed to transport motorized infantry or specialized troops; it can also serve as a tactical command center or a medical service vehicle.

The infantry fighting vehicle BMP-3F (БМП-3Ф) served as the basis for the armored personnel carrier, but it was adapted for performing special tasks in extreme temperature conditions. It features an insulated body, an autonomous heating system capable of keeping cabin temperature above zero even when the main engine is stopped. In addition, BT-3F runs on the specialized tracks with lower ground pressure. This has significantly extended its off-road performance.

"An upgraded 'Arctic' BT-3F inherited the exceptional protection and mobility from its predecessor, the BMP-3F, while gaining additional capabilities for operating at low temperatures, down to minus 50 degrees Centigrade. This vehicle is equipped with a 450HP engine and has a fuel endurance of 600 km; it is amphibious and can be landed from an aircraft using heavy-duty parachute systems or even be externally loaded into an MI-26 helicopter. The machine can significantly boost the combat capacity of troops operating in the Arctic," says Bekhan Ozdoev, Industrial Director of the Rostec's Cluster for Armament, Ammunition, and Special-Purpose Chemistry.

Depending on its version, BT-3F can transport up to 15 soldiers in addition to the crew and some supplementary equipment, such as an unmanned reconnaissance and targeting system.

The armored personnel carrier has been designed by the Special Design Bureau for Machine Engineering (SKBM) and Kurganmashzavod company, which are part of the High Precision Weapons Holding. The special-purpose camouflage has been developed by the 2050.LAB National Center for Industrial Design and Innovations.

Rostec Plans to Create a Wheeled AFV With 125-mm Cannon