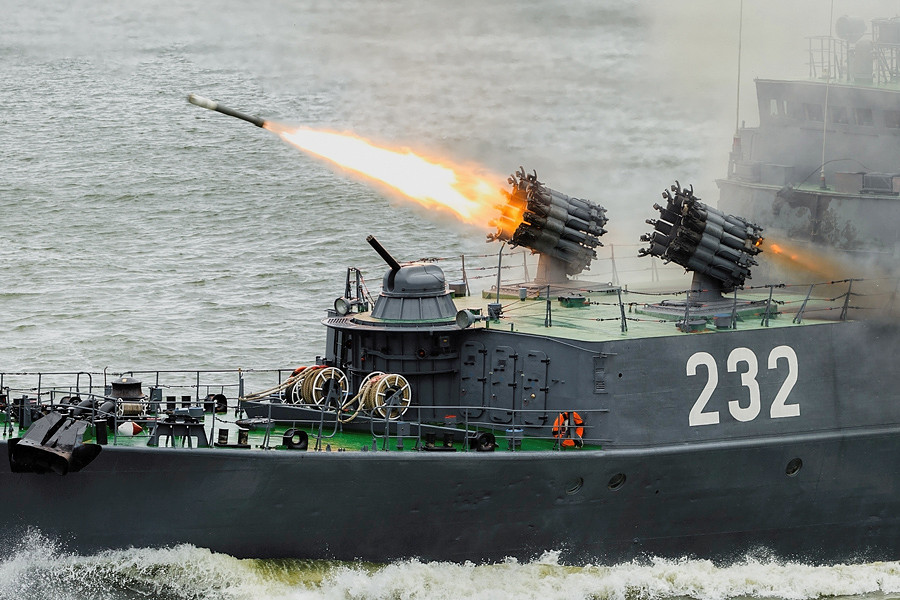 The new 90P1 missile for RPK-8 “Zapad” missile firing complex provides the last line of a battleship’s defense and is used to eliminate submarines, torpedoes and commando troops. A 12-missile salvo eliminates targets at up to 4,300-meter distances.

“Russian battleships complete missions in oceans all over the globe. It often happens that our surface ships are being accompanied by foreign submarines. Under such conditions it is crucial to constantly improve the ability of the Navy to withstand the submarine attacks and ensure combat survivability of the naval task forces,” - Conventional Armament, Ammunition, and Special Chemistry Cluster Industrial Director of the Rostec State Corporation Sergey Abramov commented.

He also said that the Ministry of Defense set the task of restarting the production and modernization of 90P missiles in 2014. “That task has been accomplished on time and now we are getting ready to upgrade the naval antisubmarine protection systems for the use of the modernized missiles”, - Sergey Abramov commented.

The missile is safe for storing and is complete with three stages that discharge in turns during the flight of the unit. The Pacific Ocean based small antisubmarine battleships are supposed to get upgraded for the use of 90P1 missiles during 2018-2020.