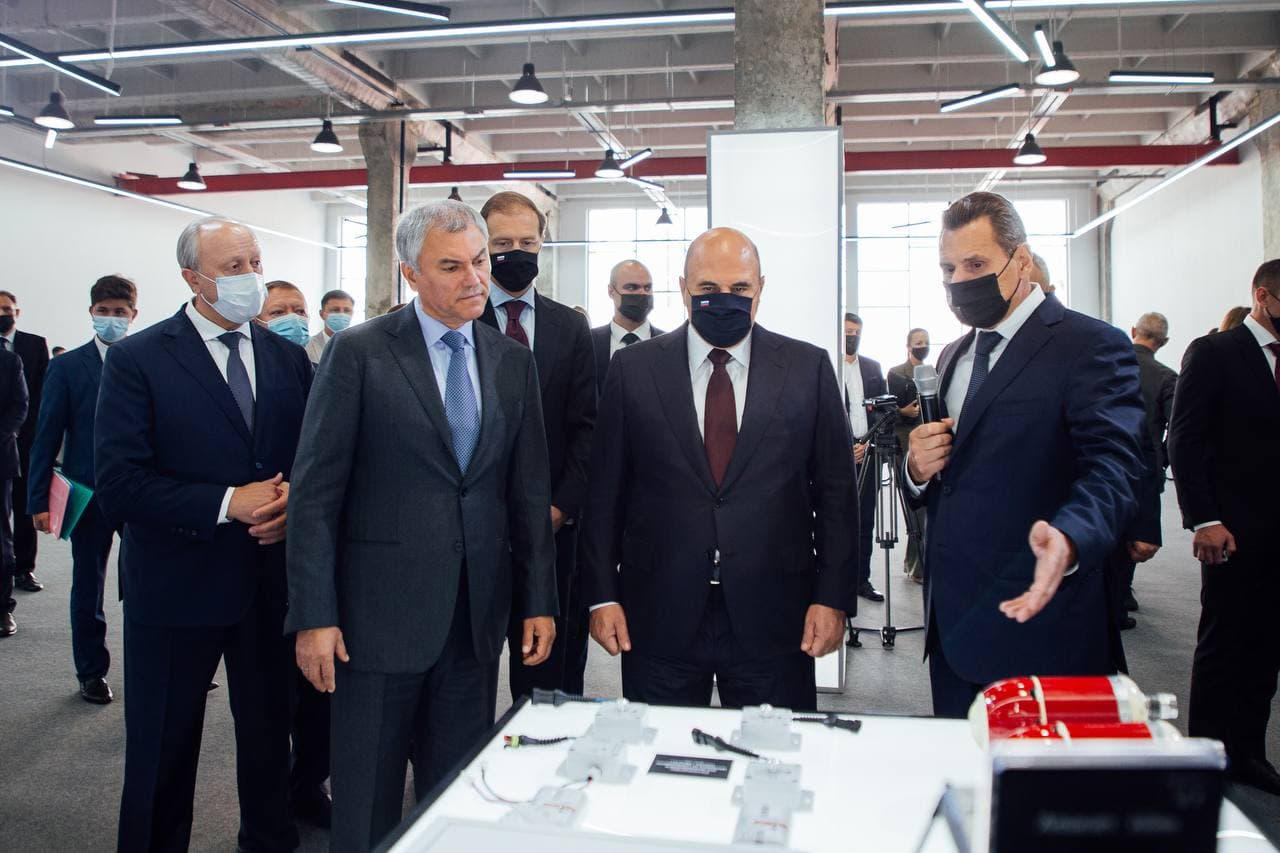 Ruselectronics holding company of Rostec State Corporation has presented samples of unique electronic components to the Russian Prime Minister, Mikhail Mishustin. The demonstration took place during a visit to the Almaz Digital technopark, located on the territory of the special economic zone in Saratov. The delegation also included Chairman of the Russian State Duma Vyacheslav Volodin and the Russian Minister of Industry, Denis Manturov.

The guests of the technopark were shown unique quantum microwave devices developed by NPP Istok. The devices allow the onboard equipment of the GLONASS satellites to determine coordinates with an accuracy of tens of centimeters. NPP Almaz demonstrated the first Russian onboard traveling wave tube UV-A2014, capable of being cooled by infrared radiation in outer space. It more than halves the thermal load on the thermoregulation system and allows creating more stable satellites.

Ruselectronics subsidiaries NPP Almaz, NPP Contact and NPP Istok are among the key residents of the technopark. The enterprises specialize in the production of products used in radar, navigation and communication systems of land, sea, aviation and space-based systems. The equipment is designed for operation in severe climatic conditions of hot and arctic regions.

”Electrovacuum microwave devices produced by Ruselectronica enterprises are in line with best foreign models and surpass them in several parameters. This allows domestic manufacturers to create electronic equipment with exceptional technical and operational characteristics. For example, our products for spacecraft are capable of operating reliantly for 150,000 hours in the harsh conditions of outer space, while having around 25% lower price than foreign counterparts. Further development of these industries will contribute to the technological independence of Russia in critical areas”, said Sergey Sakhenko, Director General of United Instrument Manufacturing Corporation (managing company of Ruselectronics).

NPP Kontakt presented vacuum switching components for civilian use, including arc chutes and vacuum switches built on them, produced for the needs of the electric power industry to advance import substitution.

Ruselectronics is cooperating with Rosoboronexport to increase global supplies of domestic high-tech products.

”The unique products of the Ruselectronics enterprises and the enormous potential of Rosoboronexport in foreign markets allow us to carry out large-scale projects in technology transfer and interstate industrial partnership. We provide our foreign partners with modern intelligent systems, including those that are integrated into the products of other manufacturers. This approach allows us to adapt our offers as much as possible to the demands of the world market and the capabilities of specific buyers”, said Alexander Mikheev, Director General of Rosoboronexport.

Almaz Digital techopark is located on the territory of a special economic zone in Saratov, created on the Decree of the Government of the Russian Federation No. 763 dated May 27, 2020. In addition to Ruselectronics enterprises, other key residents include ER-Telecom Holding and Russian Post.