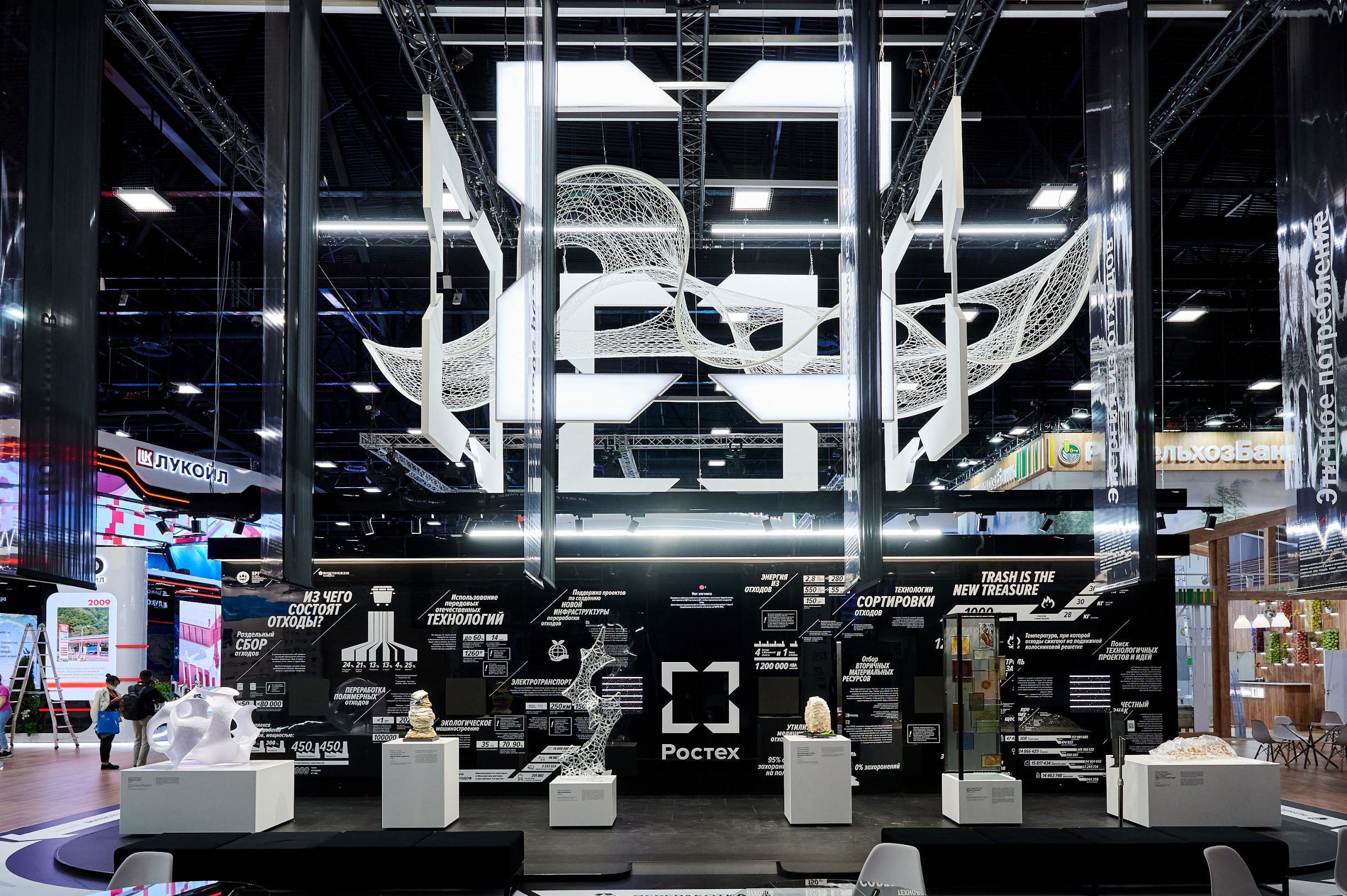 Rostec organized an exhibition of contemporary art dedicated to waste recycling at the St. Petersburg International Economic Forum. The corporation’s stand showcased art objects made out of fabric, glass, metal, paper, and even scraps of food. The centerpiece of the exhibition was a floating sculpture made from plastic bottles.

The idea is based on the principles of a cyclical economy that implements wide use of renewable resources and waste-free production. Expositions were designed to prove that waste recycling can become a key cultural and economic element, an alternative to hydrocarbons and other limited resources.

Rostec is currently implementing an integrated waste management system, which aims to completely change this industry and rid the Russian regions of landfills that cause colossal harm to the environment. This was the key topic of the Rostec’s stand at the SPIEF. The corporation demonstrated its approaches through a system of images created by renowned artists from recycled materials. In this concept, waste becomes a value and is transformed into an object of art. Forum visitors could get a new perspective on the aesthetics, possibilities and potential of what is now thoughtlessly thrown away and taken to landfills.

To express the idea, Rostec attracted several contemporary artists to the project, many of which have achieved international fame. Among them were Alexander Morozov, Ilya Fedotov-Fedorov, Ilya Sibiryakov, Lilia Li-Mi-Yan, Katarina Sadovski, Bulyash Todaeva. 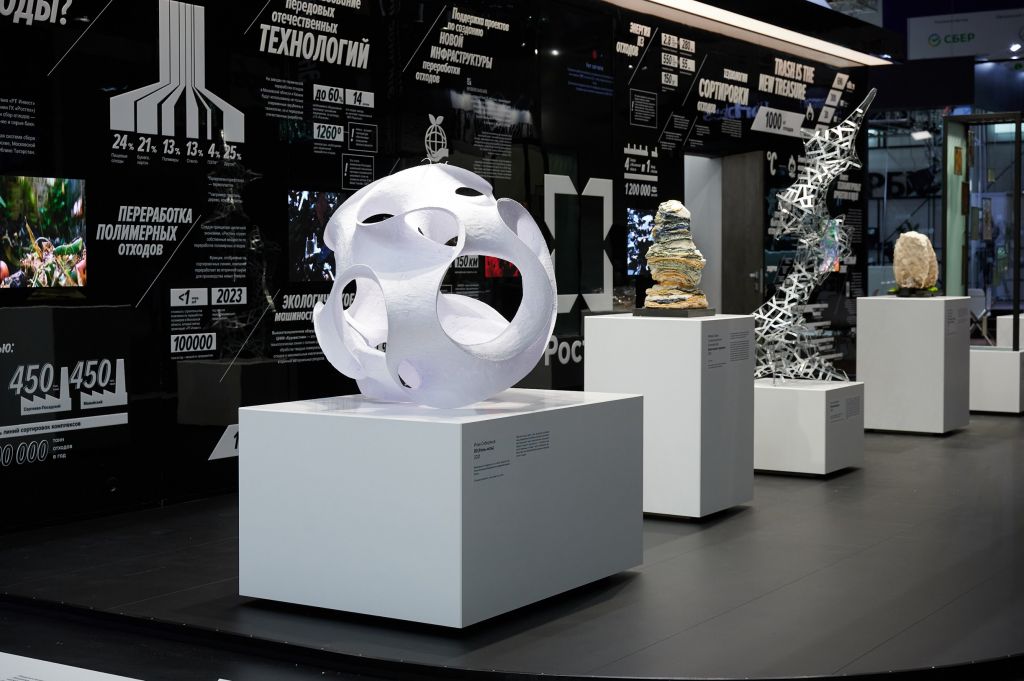 “I travel a lot and often see the consequences of irresponsible economic behavior: rivers one can’t swim in, beaches littered with plastic waste. The very logic of the developing a consumer economy that has irresponsible waste management leads to a dead end, since, in fact, it will ultimately ruin nature and human society. Art has tremendous potential in solving this problem. By creating new worlds and concepts, artists can change the world to the same extent as politicians and scientists. By proposing a new paradigm for the coexistence of nature and human, and alternative scenarios of the future associated with scientific forecasts and theories, artists make society more responsible,” said the artist Alexander Morozov.

The key installation of the exhibition was a sculpture made of recycled plastic, which on the one hand resembles a nonexistent landscape or a biomorphic body, on the other – a flower and a bird's wing.

“The artist raises the problem associated with plastic and human activities by expressing how this material changes the landscape around us and creates huge mountains of garbage and islands of plastic. Plastic is gradually becoming a part of nature, just like soil or stones. The plastic sculpture is the most striking and metaphorical object on the stand. It symbolizes balance in nature, which is crucial for maintaining life on the earth. The other six expositions are symbols of waste transforming into something beautiful and completely opposite of its initial form”, said the curator of the exhibition, Ksenia Surikova.

Rostec’s 150m2 stand is located in pavilion F(1) of the St. Petersburg Expoforum. Rostec’s forum program included the “The Economy of Unlimited Resources” session. The corporation also plans to sign agreements with a number of Russian regions and major Russian companies.

As previously reported, Rostec is implementing a project to create an integrated system that introduces a network of reverse vending machines, waste sorting with diverse extraction of recyclable materials and processing the remaining waste into energy. The corporation has already put into operation 4 waste processing complexes in the Moscow region and is building 5 energy utilization plants in the Moscow region and Tatarstan.