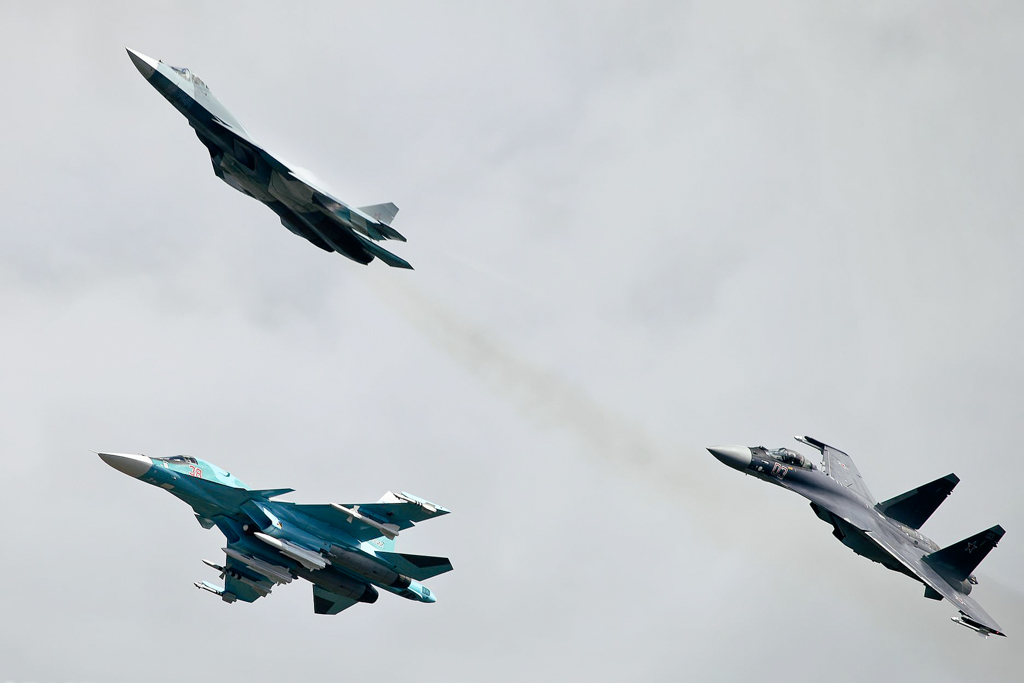 State Corporation Rostec is showing new civil, military and special aviation equipment at the MAKS-2019 air show, which is held from August 27 to September 1 in Zhukovsky. Among those items are six new aircraft and helicopters, as well as communications equipment, electronic warfare equipment, aircraft systems, engines, and airfield equipment. The state corporation is one of the main organizers of the MAKS air show.

The Rostec holding companies and enterprises exhibit, with an area of ​​about 2,500 square meters, is located in pavilions C2, F2 and F3. In addition, a large number of full-scale models of aircraft are placed in a static exhibition in the open. During the air show, Rostec representatives are going to take part in the forum’s business program and will sign a number of agreements with both Russian and foreign partners.

“MAKS is, without exaggeration, a key event in the business calendar for the entire aviation industry and, above all, for Rostec. The corporation today includes key Russian manufacturers of aircraft and aircraft components. After integration with UAC, Rostec will be one of the largest aircraft manufacturing companies in the world, the annual production volume of the corporation's aviation cluster will exceed 1 trillion rubles. This year, we are showing over 250 models of equipment on the sidelines of the forum, including 40 new products – these are airplanes, helicopters, communications, avionics and much more. We are also planning significant negotiations and signings in the field of creating new models of equipment and deliveries of our products,” Rostec head Sergey Chemezov said.

All the key holding companies and enterprises that make up State Corporation Rostec are taking part in the largest air show in Russia. Among them are United Aircraft Corporation, United Engine Corporation, Russian Helicopters, Techmash, Shvabe, Roselectronika, the Avtomatika Concern, Radioelectronic Technologies Concern, Technodynamics, and others. State special exporter Rosoboronexport, which is part of the Rostech, is also attending the forum.

The biggest unveiling at MAKS-2019 is the first-ever MS-21-300 mid-range aircraft, created by the United Aircraft Corporation, and displayed to the general public for the first time. Forum guests are able to inspect the aircraft from the outside, and to see the passenger cabin of the aircraft. In addition, the fuselage of the Russian-Chinese CR929 aircraft is presented at the air show. Another new item at MAKS-2019 is the new Russian tanker Il-78M-90A in its first public display. It is the first air tanker produced in Russia in the post-Soviet period.

For the first time at the MAKS air show, the PD-14 aircraft engine for the MS-21 aircraft, created by the United Engine Corporation, is presented. The power plant unit has already received a type certificate from the Federal Air Transport Agency (Rosaviatsia). UEC plans to produce up to 50 PD-14 aircraft engines per year.

Among the military models is the fifth-generation Su-57 fighter, which is shown to the public for the first time at the static site at the air show, and will also take part in the flight program. This is a fifth-generation multifunctional complex designed to solve a wide range of combat missions during operations against air, ground and sea targets. Another new military plane is the Il-112VE light military transport aircraft, an export modification of the Il-112V aircraft. All the necessary export documentation has been received for both aircraft, so Rosoboronexport is able to offer them to foreign customers.

Also, the enterprises of the Rostec aviation cluster present the latest systems and components for existing and prospective aircraft – a wide range of avionics samples. The exhibit of the radio-electronic cluster show new computer systems and data storage systems, airfield equipment, optical systems, communications, radar stations and other products.

The MAKS-2019 International Aviation and Space Salon will is held from August 27 to September 1 in Zhukovsky, Moscow Region. The event is organized by the Ministry of Industry and Trade of the Russian Federation and State Corporation Rostec. The organizer of MAKS-2019 is JSC Aviasalon. The first days of MAKS, from August 27 to 29, will be devoted to business events and business meetings. The air show will be attended by 635 companies from around the world. In 2017, more than 450,000 visitors attended the MAKS air show, the volume of contracts and agreements of intent reached 394 billion rubles, and the business potential of MAKS-2017 exceeded 600 billion rubles.

Rosoboronexport Invited a Record Number of Foreign Delegations to MAKS 2019