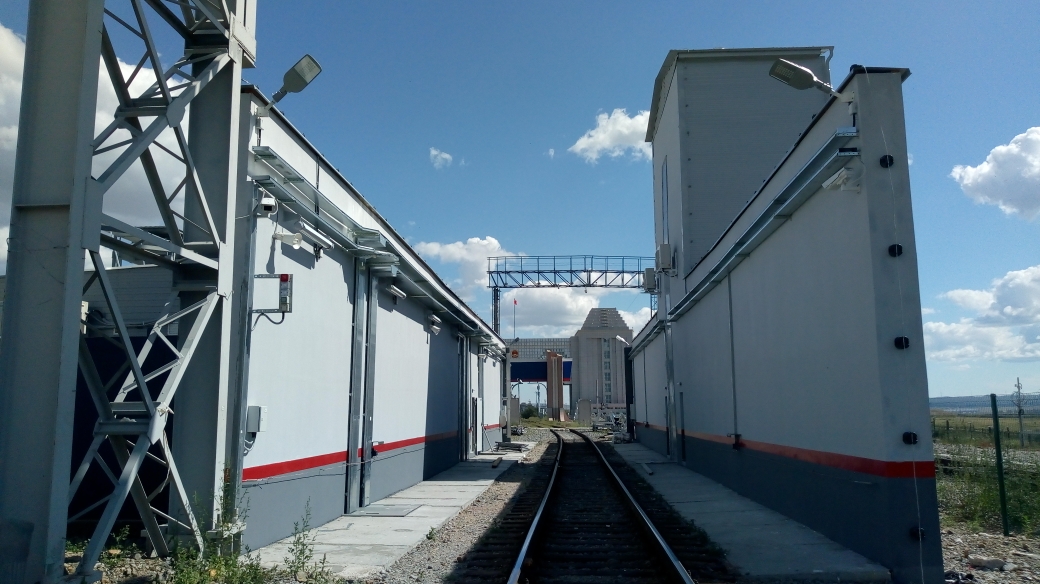 The Ruselectronics Holding is equipping railway checkpoints on the Russian-Chinese border with a cutting-edge inspection system. The equipment will automatically inspect 100% of cargo without stopping the train. The systems will be installed at the Pogranichny checkpoints in Primorsky Krai and Nizhneleninskoye in the Jewish Autonomous Oblast.

The system is capable of inspecting cargo without stopping trains at a speed of up to 70 km/h, which will significantly speed up the process of passing customs control. The complex recognizes four groups of materials - organic, inorganic, heavy and light metals. Unlike foreign counterparts, the accuracy of the Russian inspection system does not depend on density, packing and material properties. Another competitive advantage is the ability to remotely assess the weight of the entire consignment or part thereof with a margin of error of no more than 10%.

The inspection system is a completely Russian development by the "Scantronic Systems" company, NPO Toriy (part of Ruselectronics Holding) and specialists of the Laboratory of Electron Accelerators of Moscow State University. The system is a highly effective means of remote detection of undeclared goods or contraband such as explosives, drugs, weapons and ammunition.

Earlier, Ruselectronics installed the first such complex in Zabaikalsk on the border with China.