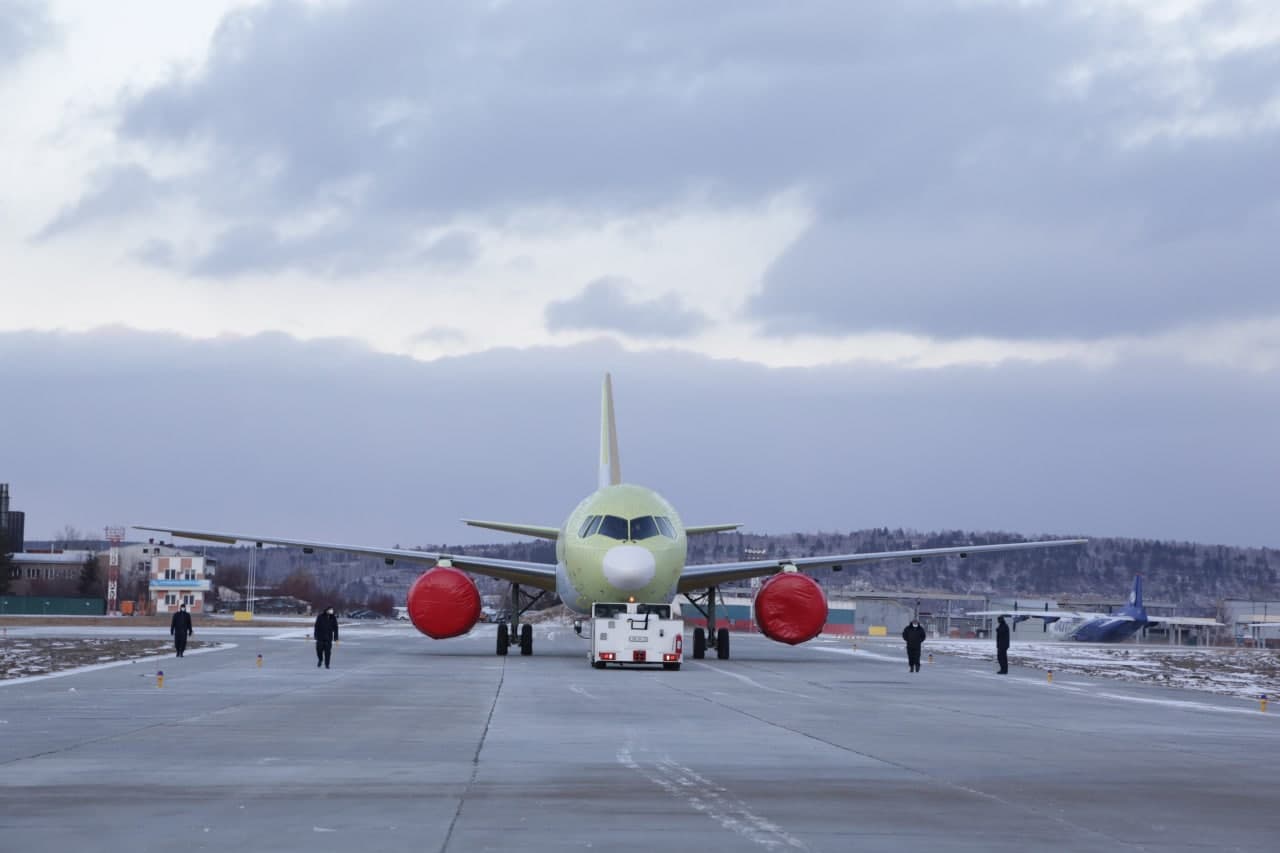 Irkut Corporation, which is part of United Aircraft Corporation, has completed the construction of an MS-21-310 prototype aircraft that will undergo flight tests with Russian PD-14 engines. On November 6, the aircraft was transferred from the final assembly workshop to the flight test division of Irkutsk Aviation Plant, a branch of the Irkut Corporation.

“Only a few countries in the world are capable of creating aviation equipment of this level. The upcoming tests of the MS-21 with domestic engines are a landmark event, a clear confirmation that the domestic civil aircraft industry has a strong future”, said Anatoly Serdyukov, industrial director of the Rostec aviation cluster.

In preparation for the first flight, specialists will check the aircraft systems, test the ground launch of the power unit, and test the aircraft and engines while maneuvering around the airfield at various speeds.