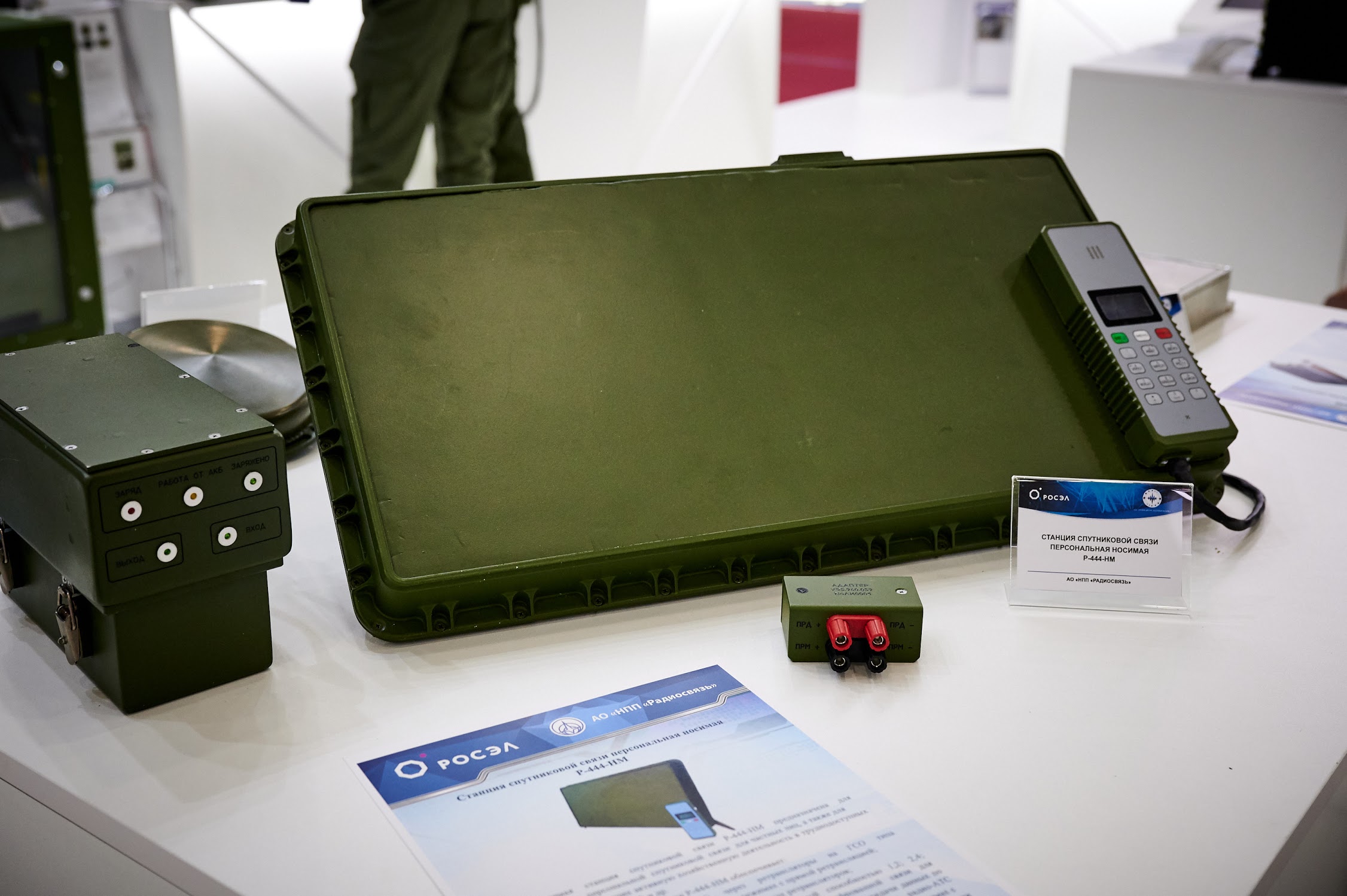 “Roselektronikca”, holding of Rostec State Corporation, has presented the most compact domestic wearable satellite station R-444-NM at the International Military-Technical Forum “Army-2020”international military-technical forum “ARMY 2020”. Mass-dimensional characteristics of the complex are one and a half time smaller compared to existing analogues due to the use of a phased array antenna (FAR).

The station provides complete autonomy of the operation in speechvoice, digital and text message transmission modes. The equipment establishes a connection with satellites in the geostationary orbit and allows to organize the mobile network for special and civil purposes apart from the telecommunications infrastructure. Up to 255 users can connect to this network. The data transfer rate between the subscribers is up to 64 kbit/s.

The station consists of a control panel, embedded in the receiver, and a compact flat monoblock that includes an antenna module and a modem. The accumulatory electrical power supply source ensures the autonomous operation of the station in duplex mode for four hours. All the equipment fits in the satchel and the entire set doesn’t exceed 7.5 kg.

The R-444-NM radio station was developed by specialists of the RPE “Radiosvyaz” (the part of “Roselectronika” enterprise).

“Mobility is the development vector of satellite antenna equipment. To date,

the built-up mirror antennas, consisting of several parts, are primarily used in the wearable satellite communication sets. The deployment of such equipment takes on average 10 minutes, whereas the R-444-NM station will be ready for operation within a minute», - claimed Rinat Galeev, CEO of RPE NCE "Radiosvyaz".

As he pointed out, the equipment was primarily developed for the use by armed forces. However, it also can be used during the emergency rescue operations and the repair works as well as in conducting police operations. To date, the state tests of the equipment have been completed. It is expected to be accepted for supply by the end of 2020.