Rosaviatsiya Approved the Use of ANSAT in Highlands 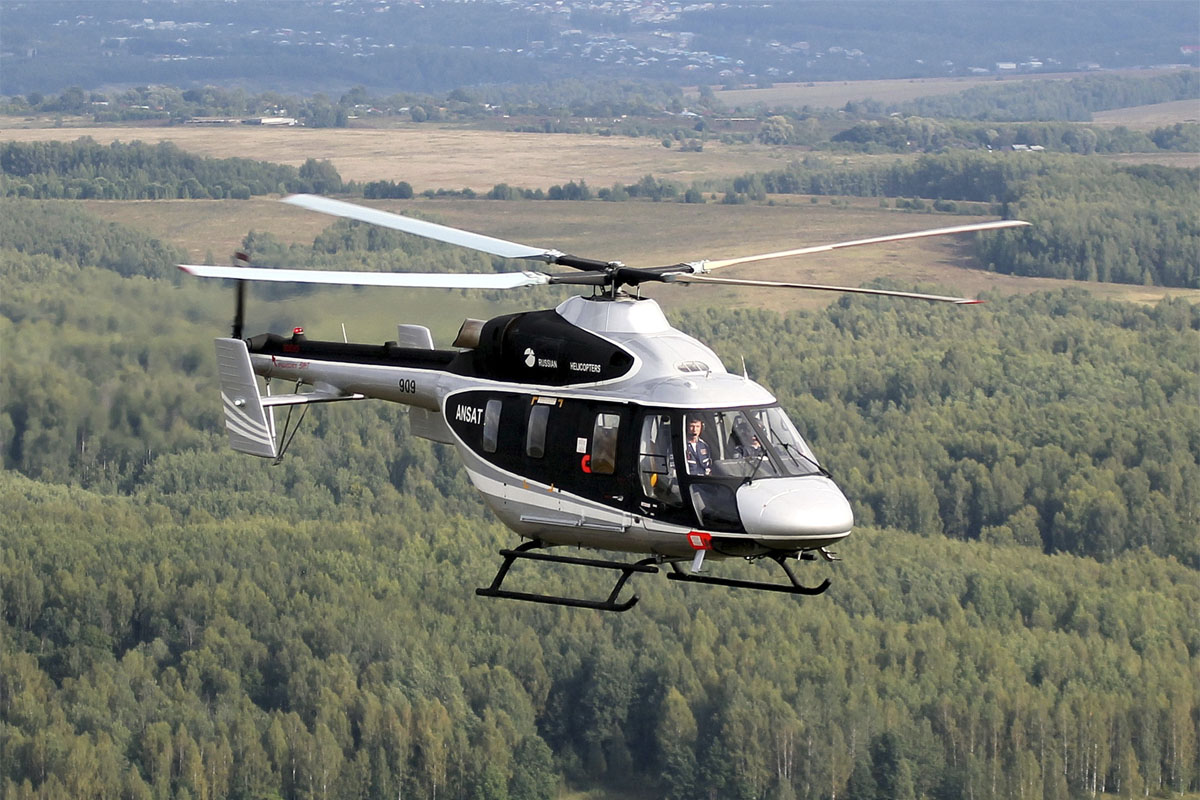 The Federal Air Transport Agency (also known as Rosaviatsiya) certified the increase in the takeoff and landing altitude of the ANSAT helicopter to 3500 meters. Approval of the major modification was given based on the results shown by the helicopter during testing in summer 2018 on Mount Elbrus. The document authorizes the use of ANSAT in the highlands.

Previously the takeoff and landing altitude of this helicopter could not exceed 1000m, thus limiting its use in the mountains. During certification testing the ANSAT successfully completed a series of takeoffs and landings at altitudes of up to 3500 meters, including simulation of engine failure and autorotation, thereby proving its capability to be used in the highlands.

“Approval of the major modification increasing the takeoff and landing altitude of the ANSAT helicopter opens up new opportunities for us to attract customers from the countries with the mountainous terrain. Thus, at the end of 2018 during the demonstration tour around the countries in the South East Asia, the potential operators from Vietnam, Thailand, Cambodia and Malaysia showed their interest to the helicopter. About 30 purchase requests for ANSAT have been received, and improvements in its flight performance will hopefully have a positive effect on our further negotiations with the customers”, said Andrey Boginskiy, the Director General at the Russian Helicopters Holding.

ANSAT is a light twin-engine multipurpose helicopter, manufactured on a mass scale by the Kazan Helicopter Plant. According to the Type Certificate, design of this helicopter allows for its quick transformation into either cargo or passenger version suitable for carrying up to 7 persons. In May 2015, an approval of the major modification of the helicopter to a medical version was obtained. ANSAT has been certified for operation within a range of ambient temperatures from minus 45°С to plus 50°С. In July 2018 an approval of the major modification extending the service life of ANSAT helicopter assemblies was obtained.

Rosaviatsiya Approved the Use of ANSAT in Highlands