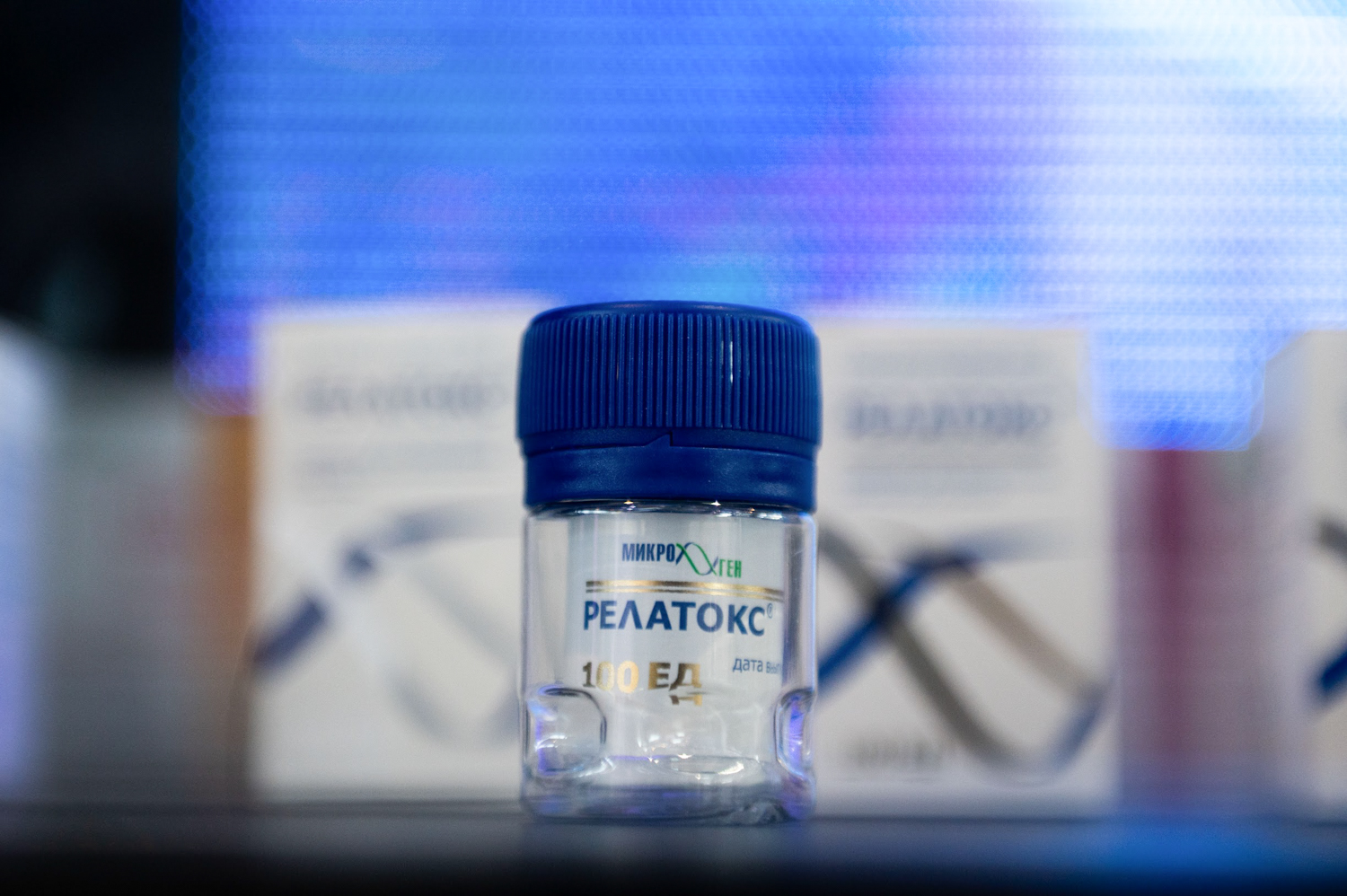 Scientists awarded a title of “Mysterious Molecule of the Century” to botulinum toxin. Mankind has been fighting against this most potent toxin for centuries, and, in recent years, botulinum toxin has been widely used to treat various diseases and has become the most popular “elixir of life” in the world.

The history of botulinum toxin: from toxin to the “elixir of beauty”

Clostridium botulinum is the name of the botulinum toxin progenitor. This is an anaerobic bacterium whose spores grow out and produce botulinum toxin. The latter, in its turn, causes a severe infectious disease – botulism.

The name “botulism” comes from the Latin word “botulus” meaning “sausage” and there is a reason for that. As a natural phenomenon, botulism is certainly older than all mankind. But the first scientific explanation appeared as late as in the 18th century, and common sausage served as a subject of investigation. The harmful microorganism grew fond of this particular meat delicacy where everything necessary was provided for life and growth of the anaerobic bacteria, including a tight skin that hindered access for air. Numerous fatal sausage poisoning cases had been reported. But it was mass poisoning in 1793 in Wurttemberg, Germany, that received rather wide publicity. The people in the town first tried to put the blame on witches automatically, but the dark age was coming to an end – other explanations were required in the Age of the Enlightenment. Justinius Kerner, a physician, undertook to find a reasonable cause of such mysterious disease.  Having investigated dozens of cases, he suggested that a toxic substance from a rotten sausage was responsible for the disease.  Later he managed to extract and describe the dangerous “sausage toxin.”

Kerner went further and was the first to find a potential therapeutic use of the toxin. According to his observations, the toxin produced muscle weakening in patients and caused paralysis. Kerner came to a conclusion that, when used in very small doses, this deadly feature might work to the benefit – to treat diseases associated with involuntary movements. At that time, Kerner’s ideas went unnoticed, but successfully proved to be correct many years later. 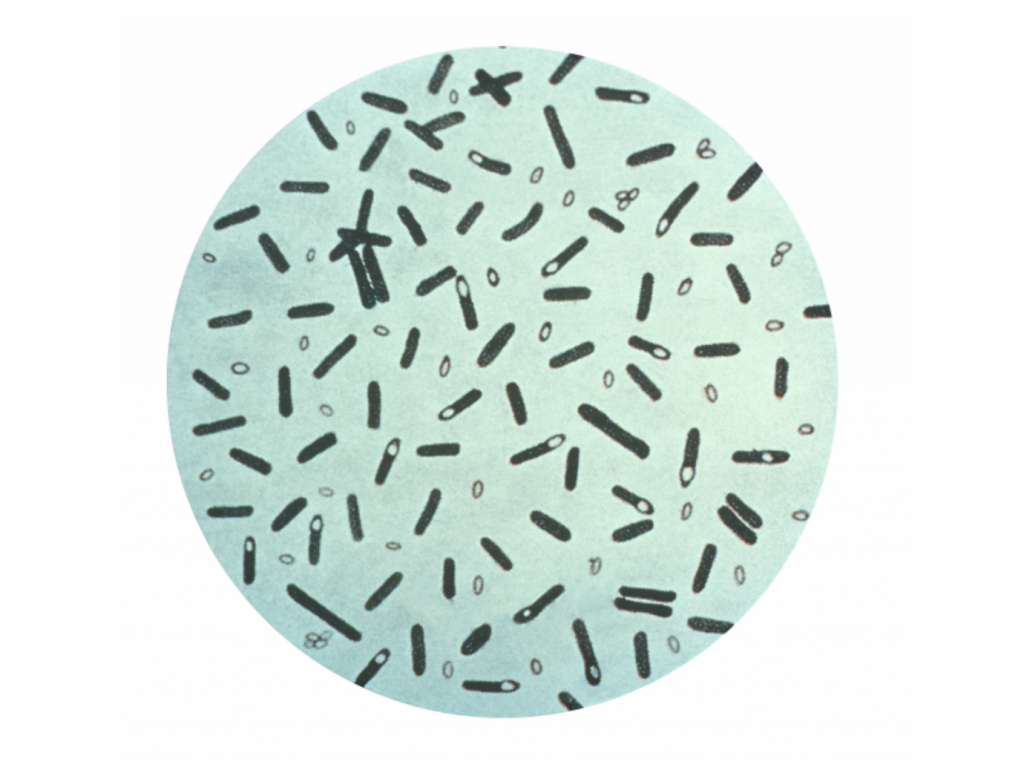 Ophthalmologists were the first who received practical evidence of the therapeutic qualities of botulinum toxin. In the 1970s, a US drug Oculinum was approved for treating blepharospasm – a disease when eyelids become still in a half-contracted position. Oculinum contained botulinum toxin microdoses that, when injected in the muscle, prevented nerve conduction and the spasm disappeared. However, the patients soon noticed an unusual side effect of the drug – smoothing of under-eye wrinkles. It may be said that the well-known Botox appeared through the patients’ observation skills.

Jean Carruthers, a doctor from Canada, was the first who listened to the voice of her patients. Little by little, she started to give “beauty shots” to herself and her patients who agreed to that. In 1991, Carruthers presented the first results of her experimental study at the meeting of the American Society for Dermatologic Surgery. Since that time the history of extensive use of botulinum toxin type A in cosmetics began.

Nowadays, botulinum toxin is also widely used in other areas and the list of applications has been extended over the last years. For example, some ten years ago doctors started using botulinum toxin type A injections in neck and head to treat chronic headache.

For many years, only foreign drugs were available for patients of aesthetic clinics and salons in Russia. According to the statistic, Russia imported hundreds of thousands of botulinum toxin type A packages at a cost of millions of dollars. Now there is a Russian alternative to foreign “beauty shots” – Relatox.

Development of Russian-made botulinum toxin type A was started in 2001 by a group of researchers from Immunopreparat, NPO Microgen branch, Nacimbio holding. This Ufa—based pharmaceutical manufacturing plant has been producing immunologic agents for more than a hundred years.

Clinical trials of Relatox were completed in 2012 and the drug was approved for five years. The drug has proven safety and efficacy and has grown popular with medical community and patients. A five-year successful application experience allowed Relatox to be included in the State Drug Register in March, 2017, on a permanent basis. 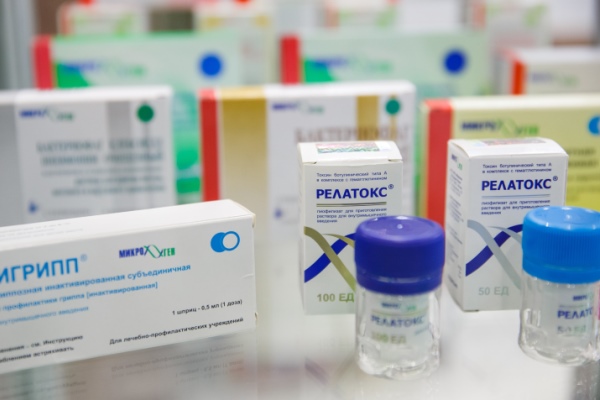 Over the years of application, 1.6 million patients of aesthetic clinics have received Russian-made botulinum toxin injections. On the Russian market, Relatox has been used along with five foreign alternative drugs.  And according to medical professionals, Russian-made Relatox is not inferior to its foreign “brothers”. It has a long-term and stable effect that becomes evident in as much as several days. Another benefit is provided to the patients with allergic reactions. A unique drug purification technology enables to remove 90% of high-molecular protein impurities to minimize potential hypersensitivity.

Currently, Relatox is successfully used not only in aesthetic medicine. In 2016, the drug was approved for treatment of neurological disorders. For example, for patients with poststroke spasticity. In Russia, such patients had received botulinum toxin therapy before, but only using foreign drugs.  Occurrence of a Russian alternative drug made this poststroke treatment method readily available.  It should be kept in mind that about 400 thousand Russians encounter this disease annually, and almost one third of the patients develop spasticity. Microgen has also successfully completed the clinical trials of infantile spastic cerebral paralysis (ICP) drug in children aged 2 to 17. Only foreign drugs have been also used for this purpose before.

Relatox is growing more and more popular now along with production ramp-up and geographic growth – the drug has been approved in Kyrgyzstan  and Uzbekistan, and supply to Belarus has been commenced recently.