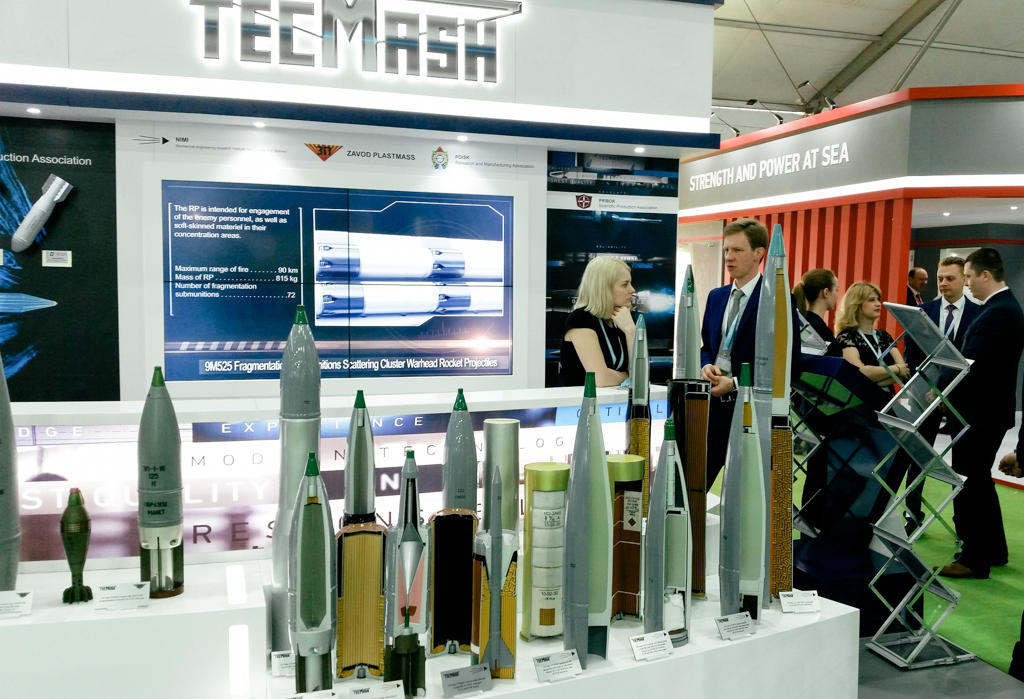 The Mechanical Engineering (Tecmash) concern, an affiliate of the Rostec State Corporation, demonstrates its products at Defexpo India-2018 in Chennai, India: unguided projectiles for the TOS-1A Heavy Flamethrower System, the Grad multiple-launch rocket system, a prototype of the Smerch multiple-launch system and a number of other developments. Special interest of the exhibition's visitors was aroused by the ZVBM17 125-mm tank rounds with armour-piercing composite shots called Mango. The same rounds are now produced in India.

In March 2014, Rosoboronexport JSC entered into a contract with the Indian Ministry of Defence for arrangement of licensed production of Mango 125-mm rounds with armour-piercing composite shots for the D-81 tank gun developed at the facilities of the Mechanical Engineering Research Institute (NIMI) named after V.V. Bahirev (an affiliate of the Tecmash concern). Indian companies are now licensed to produce and assemble ammunition in India.

"The first batches of rounds assembled in India have successfully passed verification tests. Today, the Indian producer is already testing the Mango rounds and supplying them to the army under one’s own trademark," noted Vladimir Lepin, General Director of Tecmash concern.