KAMAZ Started Production of a New Traction Engine in Lots 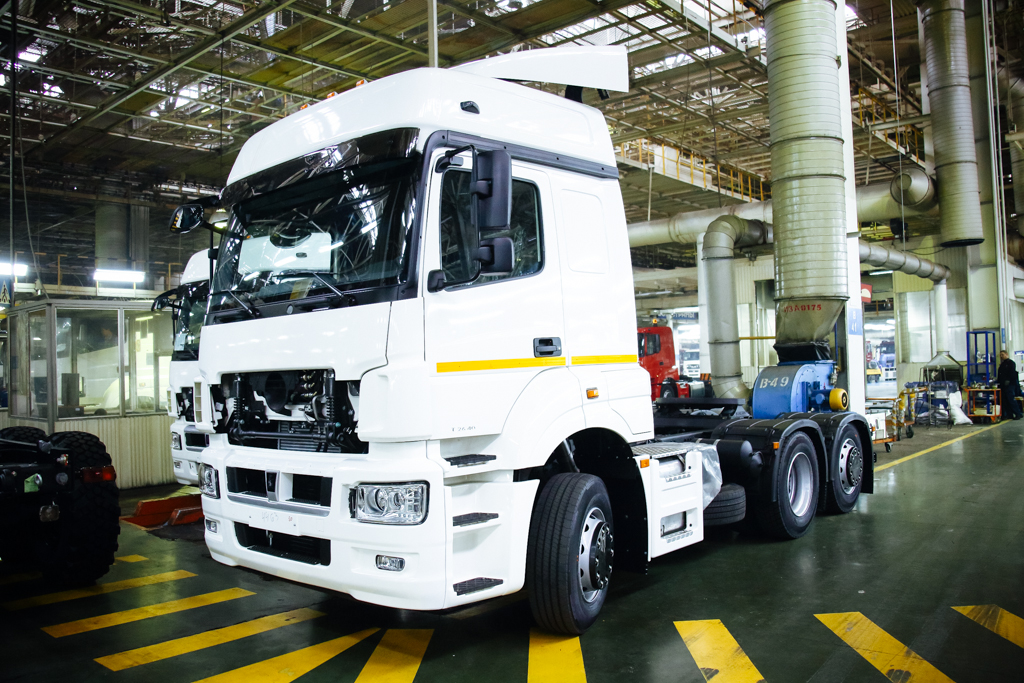 A truck tractor with 65209 index was assembled at KAMAZ automobile plant. This is another model of a new line of vehicles. KAMAZ-65209 three-axe truck tractor was first presented in September of the last year at Comtrans-2017 Exhibition.

The new automobile has a 6х2 wheel formula and a back lift axis, which allows for saving fuel when driving unloaded or without a semi-trailer. KAMAZ press service noted that there had been no major problems with the model assembly: it is based on same design solutions, which were used in other automobiles of the new model line, which manufacture was started in 2013-2014.

The cabin of a new model is the same as in KAMAZ-5490 flagship automobile and is high with two sleepers. The chassis of the new model has a long base like KAMAZ-65206. The lift axis, needed for even distribution of the load along the front rear axle, was first used in 65208 model. The assembly configuration of the automobile is fully compliant with that of the previous model – KAMAZ-65206; the only difference is that the lift axis is installed on a separate ground, the representatives of the organization said.

The press service of the automobile manufacturer reported that the same seven trucks would be delivered to KAMAZ trading and financial company by the end of the month.

KAMAZ Started Production of a New Traction Engine in Lots

KAMAZ Settles an Industrial Estate of the New Plant