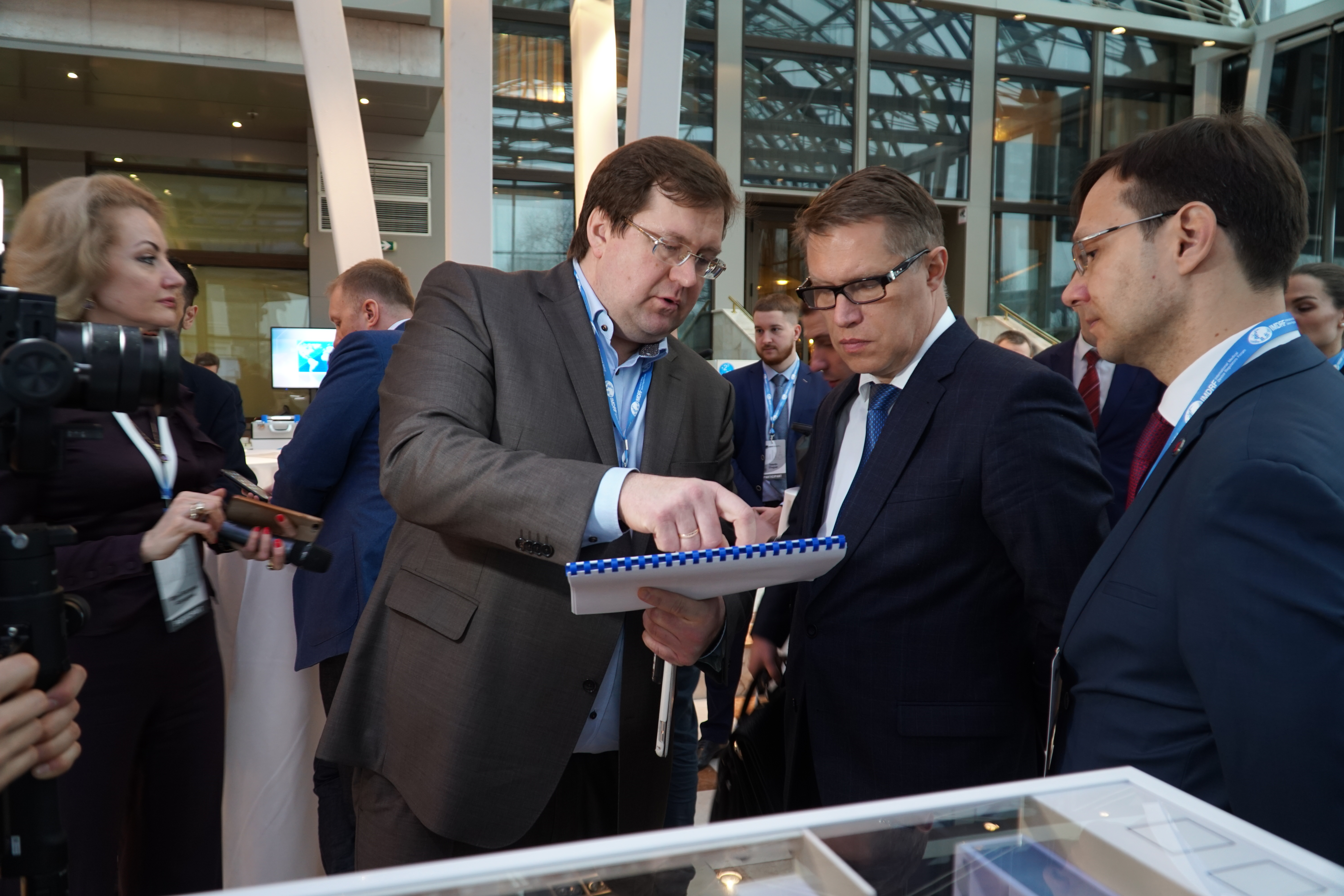 The Forum hosted negotiations of Deputy General Director of Shvabe Holding, the President of International Association of Developers, Manufacturers and Users of Medical Equipment Ivan Ozhgikhin with representatives of DITTA, the United Global Diagnostic Imaging, Radiation Therapy, Healthcare IT Trade Association. Perspectives of potential cooperation with DITTA and possibility of participation of the Association in national consortium “Digital Healthcare” were discussed at the meeting. DITTA Chairman Nicole Denjoy and representatives of other countries participating in the dialogue also showed interest to device of blood pressure correction АВР-051.

At the open forum for the persons concerned within the working frame of IMDRF Ivan Ozhgikhin presented report titled “Access of medical products to world markets: perspective of Russian manufacturer”.

At the moment, we are supplying medical equipment to 95 countries. Cooperation with associations taking part in work of the Forum contributes to export promotion. Presently one of topical and important issues for any country’s export activity is medical equipment registration. This is first of all, quality, safety and efficiency guarantee, but due to fact that Russian manufacturer has to undergo this procedure twice, according to national and international standards, the process of project completion slows down. This is the reason why work conducted during the Conference is vital for Russian manufacturers, - the more knowledge we gain on requirements and nuances of work in other countries, the easier for us will be entering these markets”, - Ivan Ozhgikhin noted.