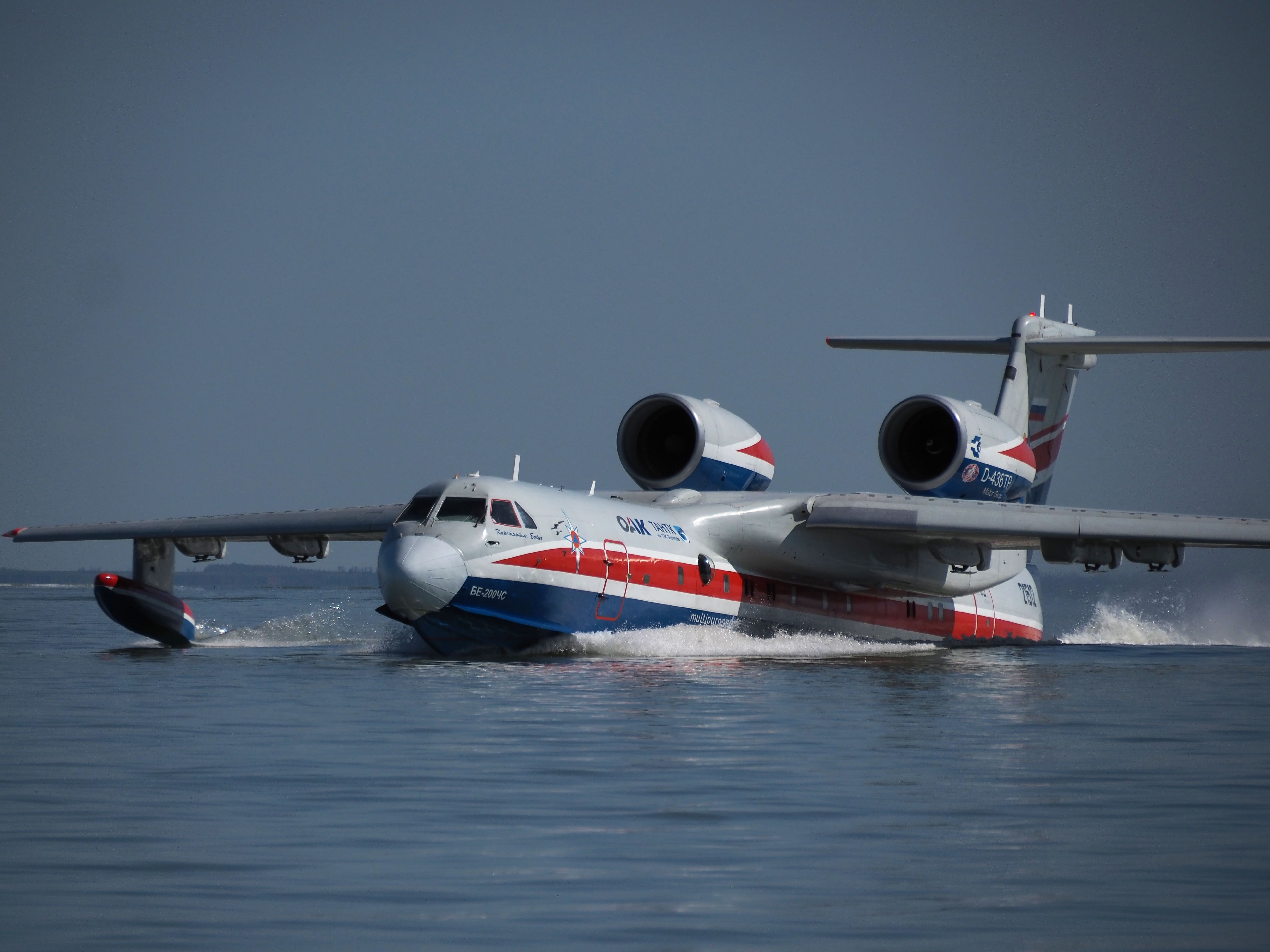 The Russian Be-200 amphibious aircraft has successfully completed extensive firefighting operation in Greece under a contract with UAC (part of Rostec). The aircraft carried out missions for two months over the continental part and various islands of the country, overall making over 60 flights and dropping more than 5,000 tons of water. Its high performance coined the aircraft a nickname "the Russian Beast" in the Greek media.

The Be-200ES became the only aircraft capable of extinguishing fires at the most intense conditions; the period of extremely high temperatures, when other types of aircraft could not take off on missions due to temperature restrictions. In these conditions, the aircraft carried out more than 35 missions and dropped about 400 tons of water to stop several wildfires, one of which was threatening the capital of Greece, Athens.

“The assistance of Russian pilots and engineers, as well as the capabilities of the Be-200, were highly appreciated by our Greek partners, especially when flying missions in difficult conditions such as in mountainous areas and with high turbulence. The total flight time of the plane was about 200 hours, which included over 800 cycles of water intake and discharging over 5,000 tons of water on fires. The crew took part in extinguishing the most difficult fires in the Limni region on the island of Chios, Varympompi and Vilia in Western and Eastern Attica. Due to its high performance, reliability and other advantages, the aircraft has excellent export potential”, said the Director for International Cooperation and Regional Policy of Rostec, Viktor Kladov.

Be-200ES is manufactured by the Beriev Aircraft Company (TANTK) in Taganrog. The amphibious aircraft has repeatedly demonstrated high efficiency in fighting forest and industrial fires in Russia and several other countries.

“Due to its high flying speed, our Be-200ES has a shorter approach time to the wildfire site, longer range and high thrust-to-weight ratio in comparison with other special aircraft. It can intake water in mountain lakes allowing it to operate in regions not available for other tanker aircraft. While operating in Greece, the aircraft has proved its capability to extinguish fires at critically high ambient temperatures”, said the Honored Test Pilot Evgeny Yurasov. “We have experience from operating in difficult terrain in Portugal and Italy. Due to its high maneuverability, the aircraft is especially effective in high turbulence conditions of mountainous regions”, he added.