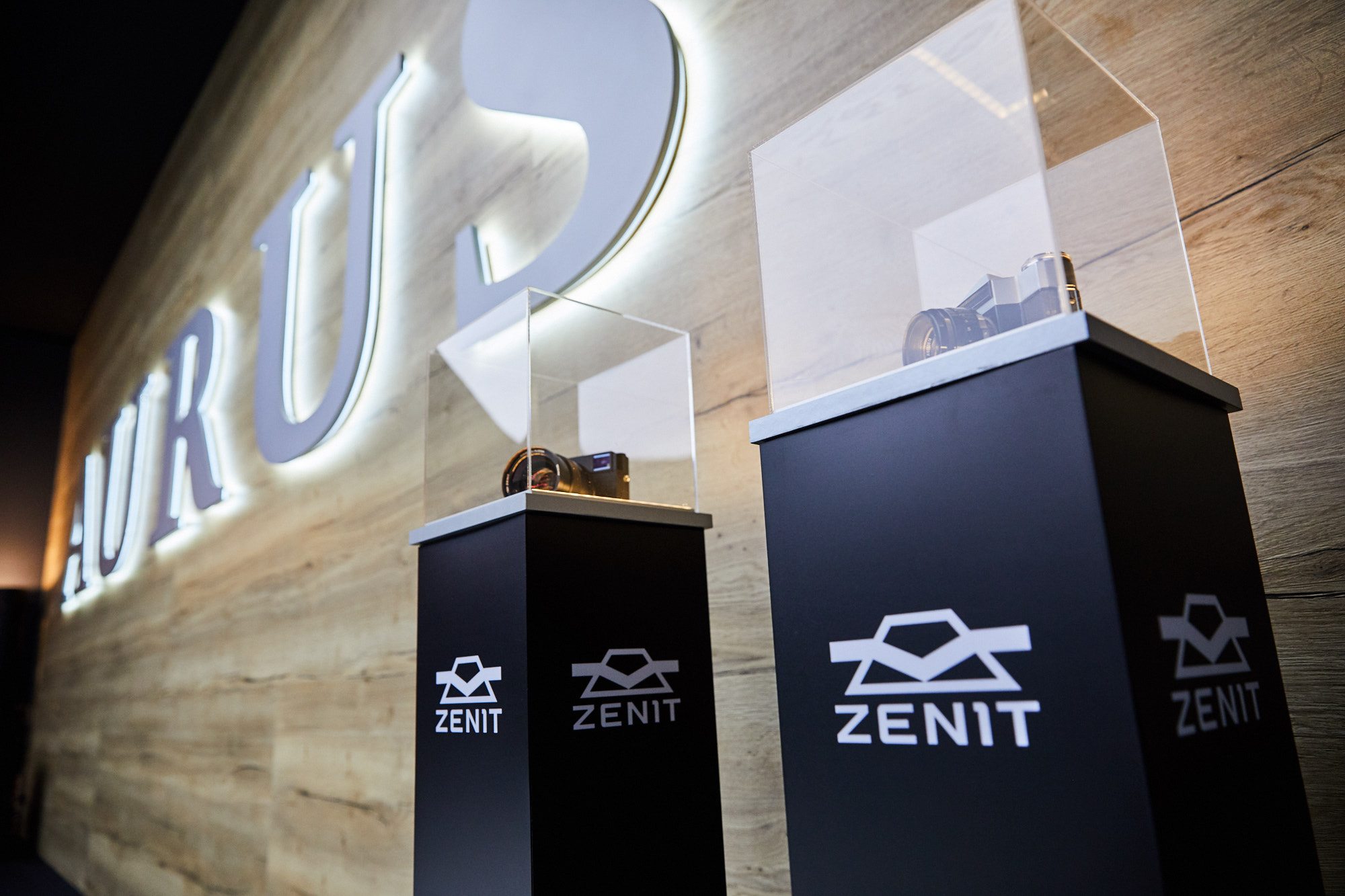 The new rangefinder camera jointly developed by the “Shvabe” Holding’s Krasnogorsk plant of S.A. Zverev and the German “Leica Camera AG”, was included in an exposition of domestic luxury vehicles at the Geneva International Motor Show.

A digital rangefinder camera Zenit M that was demonstrated at the 89-th Geneva Motor Show was created on basis of Leica M (Type 240) platform. The camera was an embellishment for the show-stand of AURUS, the russian brand of luxury cars and became available to guests of the exhibition for creating photographs with the AURUS SENAT Limousine L700 limo and AURUS SENAT S600 sedan. During the official visit, the Minister of Industry and Trade of the Russian Federation Denis Manturov visited the AURUS show-stand and got acquainted with the exposition.

Zenit M is the result of cooperation between two legendary brands “Zenit” and “Leica”, the developers of Krasnogorsk plant of S.A. Zverev (KMZ) and the German manufacturer of premium cameras and optics Leica Camera AG.

The camera allows changing the photo sensitivity in the range from 100 to 6400 and enables continuous shooting at a speed of three frames per second. The model is equipped with a new generation domestic lens Zenitar 35 mm f / 1.0, which allow creating images with unique artistic characteristics that do not require additional processing.

“The joint project uniting the longstanding traditions of Russian engineering and German quality became the impetus for the rebirth of “Zenit” photographic equipment production. Today, this well-known Russian brand with a recognized reputation is entering another segment of luxury market. The Geneva Motor Show is a new format for demonstrating the capabilities of our product”, said Ivan Ozhgihin, Deputy General Director of “Shvabe”.

The new Zenit M camera was officially presented at Photokina, the largest international exhibition in the sphere of photo industry, which took place in 2018 in Köln. The first manufactured sample of the camera was estimated by the Prime Minister of Russian Federation Dmitriy Medvedev at the KMZ production line.

Visitors to the Geneva Motor Show may acquaint themselves with the camera from the 7th to the 17th of March at the show-stand of AURUS the Russian brand of luxury cars.