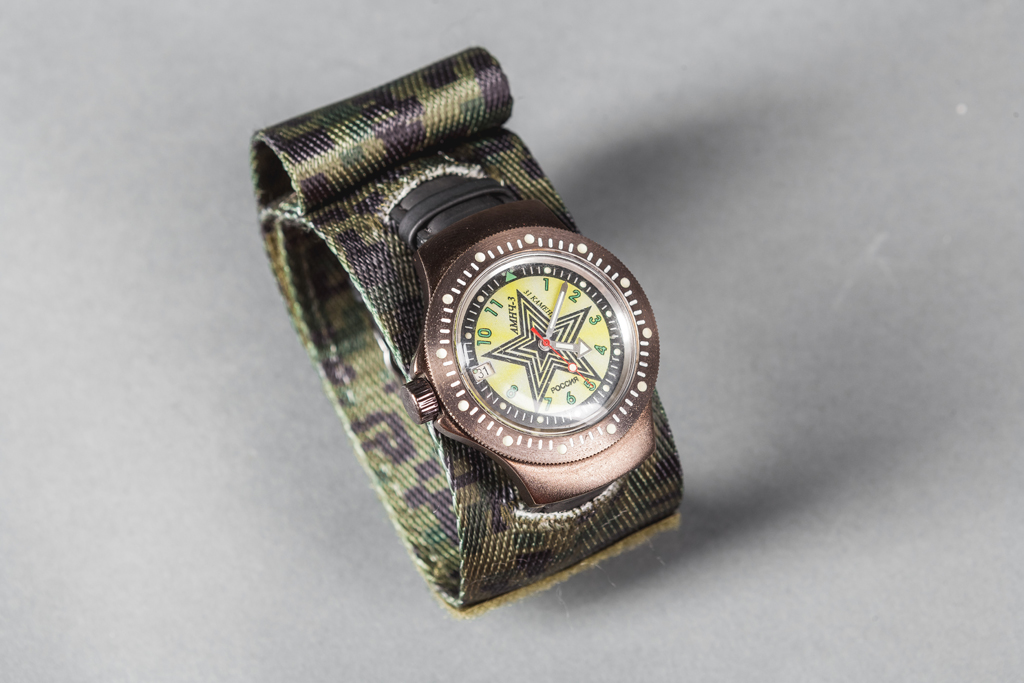 The Rostec State Corporation presented army watch for the Ratnik combat gear set. The watch has unique characteristics: high impact resistance with a weight of 100 grams maximum, protection against electromagnetic effect, capable to withstand radio electronic warfare effect and even consequences of a nuclear blast.

The watch has been developed by the experts of the Central Scientific - Research Institute for Precision Machine Engineering (TsNIITochMash), a member of Rostec. It has been included in the new combat system for land forces, airborne forces, coastal troops of the Russian Navy, special operations units. It is designed for continuous time determination.

"The watch that we have included in the Ratnik combat gear set is capable to withstand solar irradiation and electromagnetic pulses, for example after a nuclear blast. If a soldier is exposed to electromagnetic emission of a nuclear bomb the watch will continue to operate without any interruption", stated Oleg Faustov, Chief Designer of Life Support Systems for Tactical Gear at TsNIITochMash.

Soldiers can easily determine time in any light environment or under blackout conditions. The watch is securely fastened on the wrist and does not hinder any manoeuvres or acts.

Total weight of the watch with a band does not exceed 100 grams. Service life of the device is at least 10 years.