Monument to Mikhail Kalashnikov Was Opened in Moscow 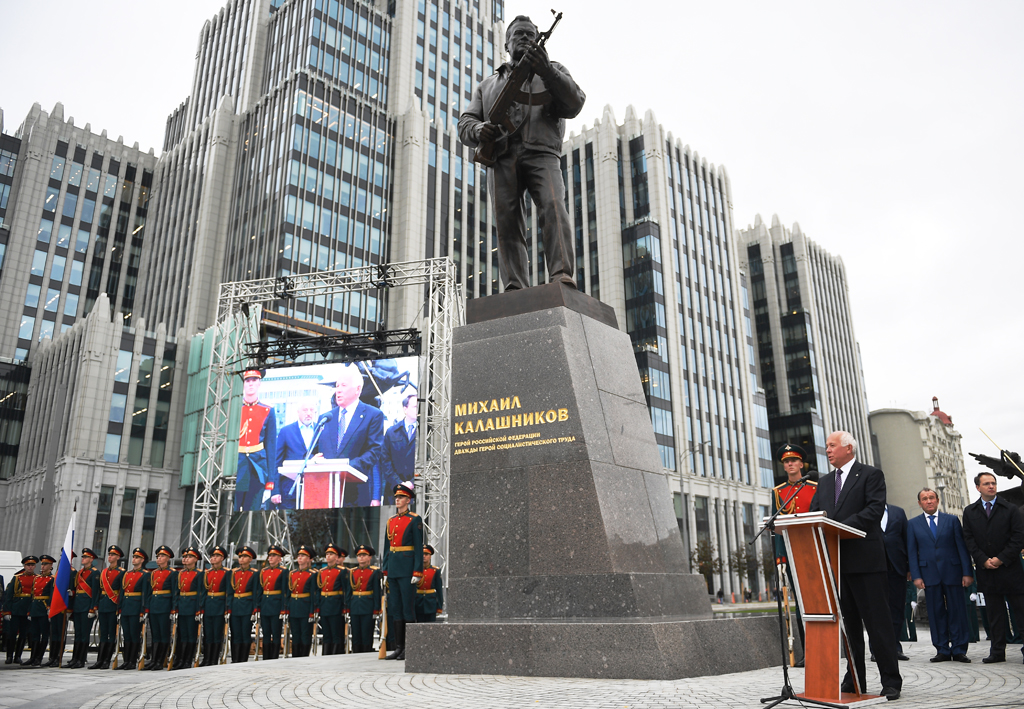 Today, on Gunsmith's Day, a monument to firearm designer Mikhail Kalashnikov was solemnly opened in Moscow. The monument is erected in a park at the intersection of Sadovaya-Karetnaya and Dolgorukovskaya streets.

The monument was erected by the Russian Military-Historical Society with the support from the Moscow City Duma and the Rostec State Corporation. The author of the sculptural composition is the people's artist of Russia Salavat Scherbakov.

The ceremony was participated by the Rostec State Corporation's General Director Sergey Chemezov, the Minister of Culture of Russia, the chairman of the Russian Military-Historical Society Vladimir Medinsky and daughter of Mikhail Kalashnikov, Elena Kalashnikova.

In his speech, Rostec's head said that the Kalashnikov's machine gun will remain in history as a symbol of reliability and one of the main landmarks of the Russian Federation.

"The image of our army, our industry and our country was embodied by Mikhail Timofeevich Kalashnikov in a simple, reliable, powerful and low-maintenance machine gun. The rise of the national industry after the Great Patriotic War started with the creation of this machine gun", said Sergey Chemezov.

Sculptor Salavat Scherbakov told the story of creating the monument. According to him, he tried to reflect the eternal struggle between the good and the evil. In particular, this subject was reflected through the image of Michael the Archangel in this monument. September 19th is his memorial day, so this date was selected as the professional holiday of gunsmiths.

Monument to Mikhail Kalashnikov Was Opened in Moscow