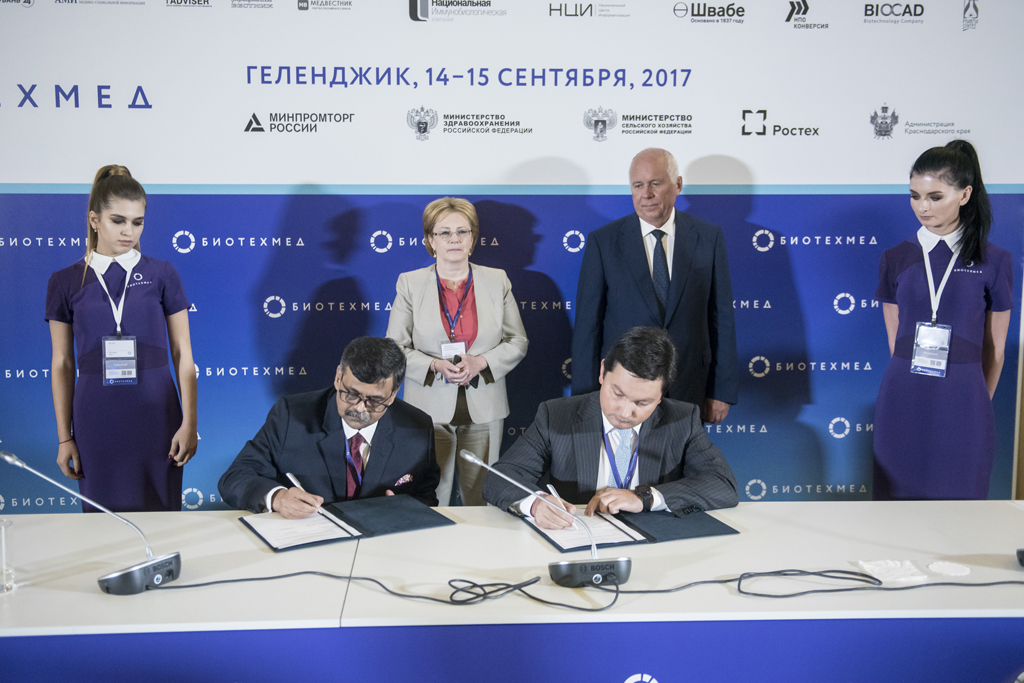 As part of Biotechmed-2017, National Immunobiological Company signed an agreement on the transfer of technologies for production of a number of immunobiological drugs. The company expects to start production of Russian vaccines for prevention of rotavirus infection, human papilloma virus, chickenpox, etc.

As was told by Sergey Chemezov, the Rostec's head, at the Biotechmed conference, an exclusive agreement on the transfer of technologies for production of vaccines was signed between Farm Aid Ltd. (established by National Immunobiological Company in cooperation with Ishvan Pharmaceuticals, UAE) and two largest global biotechnology companies, Serum Institute of India and Zydus Cadila (Healthcare).

As was noted before, National Immunobiological Company signed an agreement with Mylan Laboratories Limited, India, at Biotechmed-2017. This will ensure the supply of substances, transfer of technologies and production of modern combined drugs for HIV treatment.