Russia eyes India for IT exports 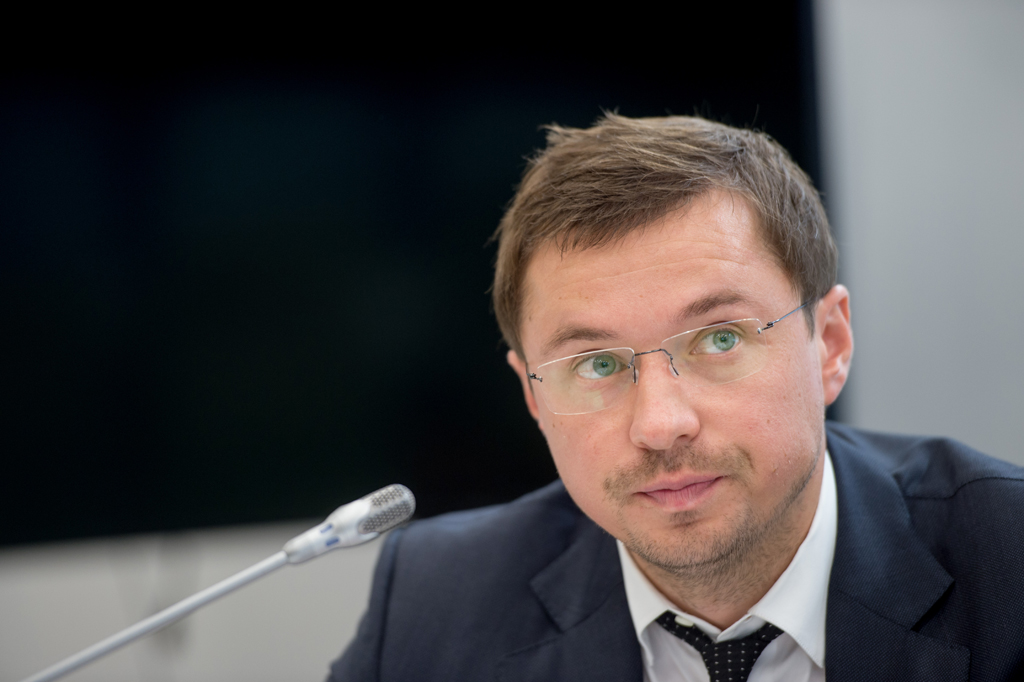 Russia is looking at India as an export market for its information technology (IT) solutions. It is also eyeing partnerships with Indian IT companies to implement its home-grown technologies, according to a top official at a Russian state-owned corporation.

“We are keen on privileged, strategic partnerships with Indian companies,” Vasily Y. Brovko, director for special commissions at Rostec State Corporation, which oversees implementation of Russian state policy for industrial development, told The Hindu . As had been the case with defence related contracts with India in the past, he said, Rostec would co-develop the solution with its Indian partners, transfer technology to the client and help educate users. This would be done through its subsidiaries National Centre for IT (NCIT), which develops solutions and RITE, the export arm that engages with target countries, he added.

“We aim to raise the share of the digital economy from 2.8% of Russia’s GDP now to about 5-6% by 2025. For other developed countries, the share is about 3-4 times higher,” he said. Digital economy would include IT products and services, digital banking, e-commerce crypto-currency services and the like.

What our colleagues in the U.S., ridiculously, claim as Russian technological interference in their elections, has actually benefitted us by drawing further interest in Russian IT capability. This is a great PR, marketing and promotion gift

Currently, IT exports for Russia stand at $7 billion. “The goal is to double this by 2025 through development of software, modern hardware and of specialists,” Mr. Brovko said.

Asked about investments needed to meet this goal, he said, “There is an investment programme, but it requires not just finance but skills and human resources capability. With Indian IT services providers and Russian software architects who know what to do and how to do it, there is complementarity.”

Healthcare and crime-control solutions are among offerings that Rostec aims to take to markets such as India, other countries in South-East Asia, South Asia, West Asia, North America and Latin America.

At five regional perinatal hospitals, Rostec has built capabilities combining IT, big data, customer relationship management and network distribution, aiming to reduce mortality rates among newborns and mothers. Working as tech hubs, these main hospitals are connected to others within their respective regions.

All data on pregnancies is fed into the system. Cases considered medically difficult and needing attention are continuously monitored at the hub level and treated.

“Mortality has reduced by 40% since this began. We aim to build 10 more such hospitals in different regions,” Mr. Brovko said, adding, “In countries as vast as Russia and India, technology can help us meet the goal of reaching quality healthcare to every corner.”

Rostec is also championing NTechLabs’ software for facial recognition. “A two-week trial of the software at only 1,000 of the 2,60,000 public cameras in Moscow, helped identify 10 criminals from the ‘most-wanted’ list,” he said.

This software, Mr. Brovko added, had potential in countering terrorism. “Combining the databases of Interpol, Europol and FSB [the successor to KGB] could yield dramatic results. India has faced trouble from terrorism and would find value in this technology.”

The NCIT has also set about an integrated healthcare database, which aims to collate and store all medical records of a citizen.

For example, if a patient is treated for a condition at regional hospital, and needs treatment say, three years later, for a relapse, he or she could choose to visit a hospital in another region and still have access to past medical records online.

Access to these can also be authorised for a new doctor seeing the patient.

According to Konstantin Solodukhin, general director at NCIT, “The system was implemented in 2011 and the forecast is for 50 million people in Russia to use this by the end of calendar year 2018.” The database also pulls in information from various registries at all levels of healthcare centres and tracks information on rare diseases and their treatment, engagement between the doctor and patient, what the patient seeks from the doctor, why and what the solution should be. “As data comes from across cities and regions, it helps the government plan its healthcare budget better,” he said. More than 6,500 medical centres and 1.2 million medical specialists are currently connected to the system .

The Bright City project is about regulated lighting based on need, across a city. It is sensor-based and shuts off or comes on depending on when needed. The Smart City concept in Russia is a consolidated ecosystem project that includes Bright City, Safe City, an ecological monitoring system and a smart transport system. “Unveiling a smart city system could reduce a region’s spending by 15% and increase income by 10%, according to Mr. Solodukhin.

Asked about the timing of the announcement, Mr. Brovko said, “With technological changes taking place, the window of opportunity is now, given our capabilities,” adding, tongue-in-cheek, “What our colleagues in the U.S., ridiculously, claim as Russian technological interference in their elections, has actually benefitted us by drawing further interest in Russian IT capability. This is a great PR, marketing and promotion gift.”

( The writer was in Russia at the invitation of Rostec )

Russia eyes India for IT exports