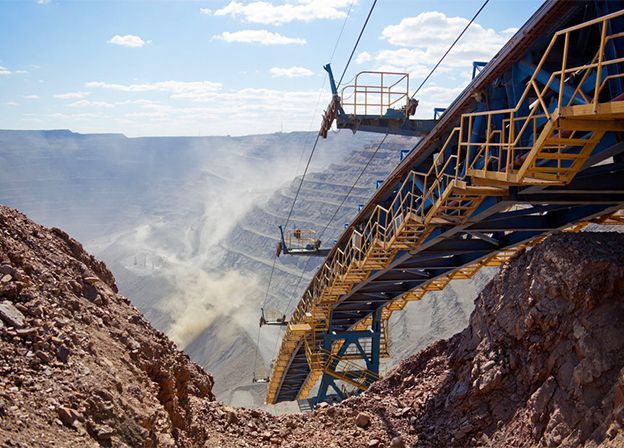 On January 26, the Russian Federal Agency for Subsoil Use (Rosnedra) held an auction for a licence for Sukhoi Log, one of the largest gold deposit in the world. LLC SL Gold, a joint venture of JSC Polyus and LLC RT Business Development (100% owned subsidiary of Rostec Corporation) submitted the highest bid with a total amount of RUB 9.4 bln (of which RUB 8.5 bln was prepaid by SL Gold on December 21, 2016).

This deposit  - the largest greenfield project in Russia. Partners expect a formal announcement of the auction results will be released by the end of February 2017. It may then take up to three months or potentially longer for Rosnedra to issue the license for Sukhoi Log to SL Gold.

“Sukhoi Log is one of the largest undeveloped gold deposits in the world. Developing it is both a great opportunity and a great responsibility. Moreover, the project is in line with the Rostec Corporation Development Strategy through 2025 aimed at strengthening the corporation's positions in mining equipment markets and boosting investment in this area.  One of our enterprises, Giprotsvetmet, was involved in a large-scale project to develop Sukhoi Log in 1996. We will leverage the capabilities and experience in implementing mining projects acquired by our research and production center and put a lot of effort into generating an optimal deposit development model. The Polyus company, which has extensive experience in the industry, will be our strategic and technological partner in the deposit development,” said Sergey Chemezov, the CEO (General Director)  of Rostec Corporation.

In case of obtaining the licence, LLC SL Gold intends to conduct additional exploration works and a feasibility study, which will last for approximately three to four years, supported by international mining and engineering consultants. When obtained  result of the study, the company will evaluate options to initiate construction activities at Sukhoi Log.

Considering the fact that the Sukhoi Log and Verninskoye deposits’ ores have similar mineral and chemical composition, SL Gold will evaluate the applicability of the processing solutions implemented at Verninskoye to the Sukhoi Log deposit.

Rostec Corporation is a Russian corporation established in 2007 to facilitate the development, production and export of high-tech industrial products designed for civilian and military applications. The corporation comprises over 700 organizations that are currently part of nine holding companies operating in the military-industrial complex and six holding companies working in civilian sectors. The group also includes 32 direct management companies. Rostec's portfolio includes such well-known brands as AVTOVAZ, KAMAZ, Kalashnikov Concern, Russian Helicopters, VSMPO AVISMA, etc. Rostec companies are headquartered in 60 entities of the Russian Federation and supply products to more than 70 countries. In 2015, the consolidated revenue of Rostec reached RUB 1.14 trillion. The average salary across the corporation totaled RUB 41,000, and tax proceeds from its activities into budgets of all levels exceeded RUB 160 billion. According to its new strategy, the main objective of the corporation is to ensure that Russia has a technological advantage in highly competitive markets. The corporation plans to invest a total of RUB 4.3 trillion in development through 2025.

SL Gold was established for the purposes of participating in the auction for Sukhoi Log. JSC Polyus, a wholly owned subsidiary of PJSC Polyus, holds a 51 per cent participation interest in SL Gold, with the remaining 49 per cent participation interest held by LLC RT Business Development, a wholly owned subsidiary of State Corporation Rostec. JSC Polyus will be responsible for developing and operating the Sukhoi Log deposit, as well as procuring funding for the development of the Sukhoi Log project.

JSC Polyus is entitled to nominate for appointment the CEO of SL Gold and two out of three directors to the board of directors of SL Gold.

Polyus (www.polyus.com) is the largest gold producer in Russia and one of the top 10 gold miners globally by ounces produced. The company also holds the fourth largest mineral resources base in the world.

The Polyus group’s principal operations are located in Krasnoyarsk, Irkutsk and Magadan regions and the Sakha Republic (Yakutia).

In 2015, the company confirmed its status of one of the lowest-cost gold producers globally.

The Sukhoi Log deposit was discovered in 1961 when prospecting and evaluation works were conducted during the Bodaybo expedition, which lasted from 1959 through 1963. As part of large-scale exploration works and analysis of ore preparation characteristics, a total of 323,900 meters of wells were drilled between 1961 and 1999. Using methods devised by the State Commission on Mineral Reserves, the deposit’s gold reserves were estimated at 930.3 mt of ore, grading 2.1 g/t gold for 62.8 moz of contained gold.