Rosoboronexport: The Kalibr has become more popular in the world 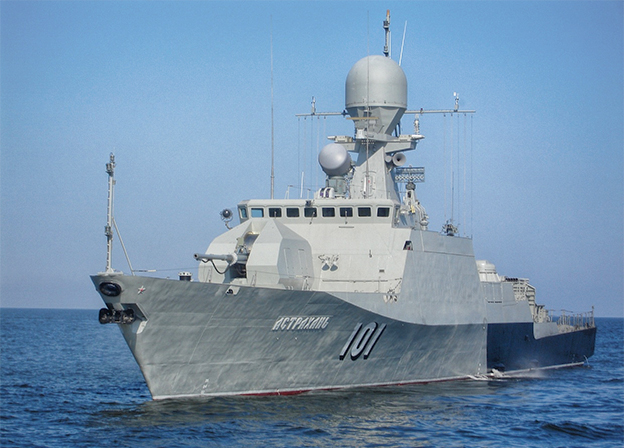 The Russian Navy participation in the operation in Syria increased the interest of foreign countries in Russian ships equipped with the missile complex Club, the export version of the Kalibr system. Yevgeny Odintsov, head of the Rosoboronexport delegation, informed TASS about this during the Euronaval-2016 international naval technologies and weapons exhibition.

The company’s representative noted that this interest applies particularly to project 636 submarines. We should recall that in December last year, such a Russian submarine, the “Rostov-on-Don”, attacked targets in Syria, from the Mediterranean Sea, using Kalibr missiles.

Yevgeny Odintsov reminded reporters that equipping Russian submarines of the Varshavyanka class with the Club-S complex (export version of the Kalibr for submarines) at the beginning of the 2000s, gave “a new quality” to them, and thereby confirmed the unique possibilities of this project, in the context of modernization”.

“Currently, submarines of projects 636 and 877EKM, equipped with Club complexes, are operating in the naval forces of a number of foreign countries,” said the head of the delegation.

In addition, he noted that foreign customers are also interested in the project 21632 missile-launching ship – the Tornado. Modernized ships of this project used Kalibr system missiles to attack targets in Syria from the waters of the Caspian Sea.

Yevgeny Odintsov noted that surface ships of small tonnage displacement, equipped with the Kalibr complex missiles (export version – Club-N) “are currently of great interest to countries implementing significantly large programs in the development of their national naval forces and having the national interests in closed seas, gulfs and island maritime zones”. Among these are a number of countries in the Persian Gulf, South-East Asia, and South America.

Rosoboronexport to organize the Russian display at INDO DEFENSE 2016

Rosoboronexport: The Kalibr has become more popular in the world