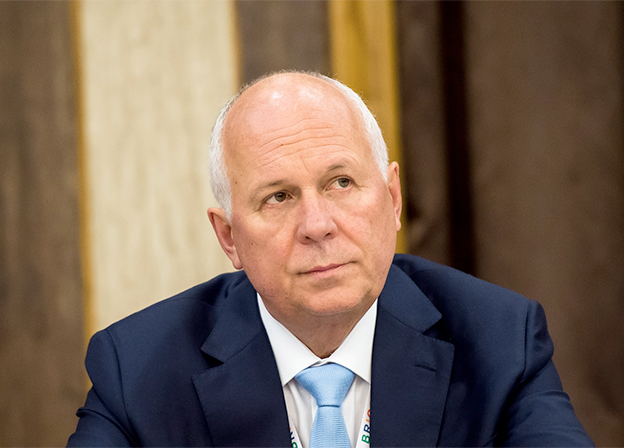 Rostec CEO Sergey Chemezov visited the BRICS summit in Goa that was held on October 15–16, where he discussed Russian-Indian projects.

“An intergovernmental agreement was signed today, under which Russia undertook commitments to supply the S-400 system. This is a modern ballistic missile defense system. After this we will begin to prepare the contract and are hopeful that, in the first half of 2017, we will finish and sign these contracts to start production. I think that supply will start in about 2020”, said Sergey Chemezov according to TASS.

The S-400 Triumf surface-to-air missile system was put into service in 2007. It is a new generation long- and medium-range system. The Triumf system is designed to destroy all modern and potential aerospace attack weapons: reconnaissance aircraft, strategic and tactical aircraft, short-range and medium-range ballistic missiles, hypersonic targets, aerial radar pickets and direction aircraft.

Sergey Chemezov said that the contract for creating a Russian-Indian 5th generation fighter aircraft could be signed before the end of the year.

“This is a 5th generation aircraft that will be created in cooperation with the Indian company. It will be slightly similar to the FGFA, but will still be an independent, new and advanced aircraft. We have almost finished all negotiations and are ready to sign; only formalities remain. I hope this contract will be signed before the end of the year", he said.

As previously reported, the export modification of the PAK FA 5th generation fighter aircraft, designated as the FGFA, could be into service by the Indian Air Force in 2017. The fighter aircraft is being developed by UAC together with the Indian company Hindustan Aeronautics Limited.

“Rostec is interested in developing rare earth metals in India”

According to Sergey Chemezov, Rostec is interested in developing rare earth metals in India.

“Regarding rare metal fields, if there are any, we are ready to take part in such developments. We have experience and have begun production of rare earth metals in Russian, in the Far East and the South of Yakutia. We could work here as well. There could be other fields. However, we haven't received any proposals from India so far”, said Sergey Chemezov according to TASS.

The development of the rare earth metals (REM) industry is one of the State Corporation's key projects. Rostec is not only the country's main consumer of REM, required for the high-tech industry, but it is also implementing a project for creating a complete cycle for rare earth metal use in Russia: from raw material development to final production.

“Project 11356 frigates will be produced in an Indian shipyard”

The Head of the State Corporation stated that Russia will supply two frigates under project 11356 to India, the others will be produced by an Indian shipyard with Russian cooperation.

“An intergovernmental agreement was signed today, under which Russia undertakes to provide technical assistance in setting up production of 11356 project frigates . Two frigates will be built in Russia, the others will be built in a shipyard in India”, he said.

According to TASS, Sergey Chemezov noted that India will decide which shipyard will be used for these purposes.

From 2003 to 2013, India received six 11356 project frigates (Talwar class) built in Russia at the Baltic shipyard in Saint Petersburg and at the Yantar shipyard in Kaliningrad.  These are the first ships of the Indian fleet built with stealth technologies and equipped with a vertical launch system.

Sergey Chemezov said that supplies of 40 Ka-226T helicopters to India can start in 2017–2018; in the future the machines will be produced in India.

During the BRICS summit, Moscow and Delhi signed an agreement to establish a joint venture for production of the Ka-226T.

"Establishment of a joint venture for localizing Ka-226T production is a fundamentally new and important step in the development of cooperation between India and Russia. The Russian helicopters fleet in India contains over 400 units. But this is the first time we've signed a large-scale comprehensive agreement for the supply and manufacture of new helicopters amounting to 200 units, which complies with the "Make in India" program", said Sergey Chemezov.

Rostec to expand relationship with India in emergency management