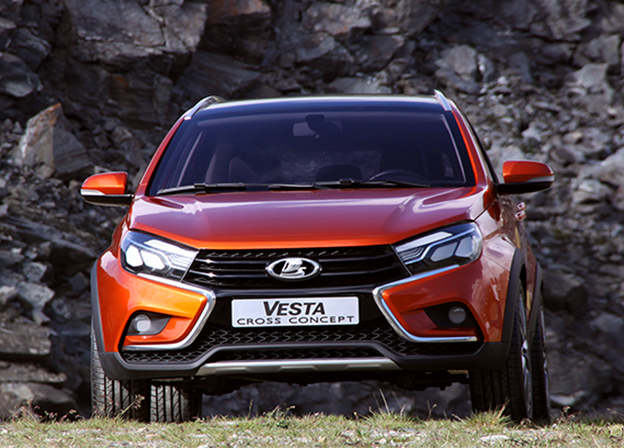 Steve Mattin, Chief Designer of the Volga Automotive Plant, told of the prospective AVTOVAZ models to be put into production in the nearest future, and the next developments in the LADA brand.

Lenta.ru writes that among the six concepts presented at MIAS-2016 by the plant, the Vesta SW Cross is the closest to batch production.

"The Vesta SW Cross has been confirmed for the production, which will be release into assembly-line production in the H2 of 2017. The concept presented is very close to what the stock car will actually look like," Steve Mattin said.

"The probability that the concept Vesta Cross will be put into production is also very high," the Chief Designer of AVTOVAZ continued. For the moment the car is still being negotiated over, however, it is possible to expect that its start time will be the same as that of the Vesta SW Cross.

As for the Xray Sport and Vesta Sport sports concepts, they were presented to get feedback from the public.

“Currently, the decision-making process is in full swing. The feedback will allow calculating approximate production output and estimate a price. These concepts are based on stock cars; therefore, they can be produced," the designer said.

As explained by Steve Mattin, the recent concept, Xcode, in a greater degree, was the innovation presentation. It shows best the future of the LADA brand's development.

“Other concepts belong to the current generation of LADA vehicles, but the Xcode allows us to imagine what the future will look like,” Steve Mattin said.

On October 4 it was announced that the new LADA 4x4 will be designed in accordance with the 'new genetics' of the AVTOVAZ products. In this case, the car will still maintain its efficiency and off-road features.

“Within the brand, this car will always have a specific cult status. So its upgrade is one of the most important projects we are currently working on,” Steve Mattin said.