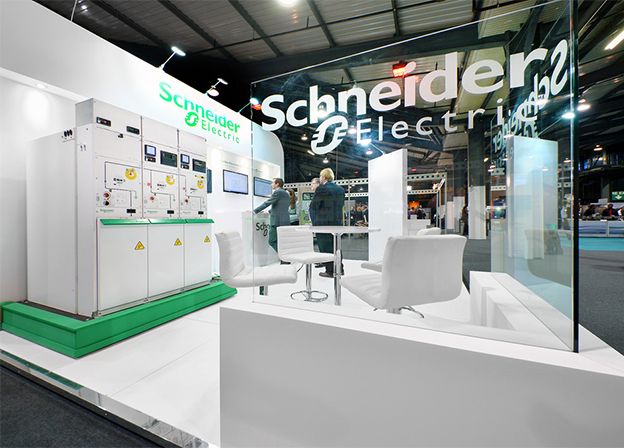 Issues regarding the partnership were discussed in the course of a working meeting with the participation of the oblast's governor Alexander Nikitin, vice president of Schneider Electric Yuri Leontiev and UIMC CEO Alexander Yakunin.

Joint projects are planned to be deployed on the base of  a scientific production association that includes four of the Corporation's Tambov plants.

As part of cooperation with Schneider Electric, software and hardware suites and other equipment for different industries may be produced on the base of a Tambov scientific production association, for example power distribution and industrial automation equipment. Production volumes are currently planned at the level of RUB 2–2.5 bln per year.

"Currently, between 60 to 90% of components for the same products of other brands are being delivered into Russia from overseas, significantly affecting the cost of final equipment, its further maintenance service, and energy tariffs," Alexander Yakunin noted.

According to his statements, the establishment of a complete production cycle in Russia will make it possible to more fully carry out the state import substitution program in this segment in favor of the domestic power generating industry. "We have the support of the regional authorities, and technologically speaking we are completely ready to implement this project," he added.

"In the last several years the company has been focusing on the development of its business in Russia," Vice President of Schneider Electric Yuri Leontiev said. "We are interested in expanding our manufacturing capacities and the range of products manufactured here, and actively searching for new production partners. The company welcomes the initiatives of the Tambov Oblast Administration and Rostec State Corporation aimed at creating new manufacturing capabilities in the region."

As reported earlier, in 2016 UIMC and the governor of Tambov oblast Alexander Nikitin entered into an agreement for the creation of a scientific production association in the region, the development of a manufacturing base and cooperation in the training of personnel.

Currently, they have invested more than RUB 2 bln to upgrade and reequip UIMC Tambov companies, making it possible to significantly renew its equipment stock. There are plans that by 2020 the full utilization of the scientific production association's capacity will result in the double growth of tax deductions and the increase of output per one employee up to RUB 7 mln per year.

Schneider Electric is one of the largest manufacturers of electric equipment. The company staffs more than 170 thousand people in more than 100 countries around the world. Company turnover is about EUR 2 bln per year, and according to business volumes, Russia is the second largest market in Europe and the fourth largest in the world for Schneider Electric.

Schneider Electric has representative offices in 35 cities of Russia, with its headquarter in Moscow. The company staffs around 12 thousand employees in Russia.