KRET Makes the Top 100 Defense Companies in the World 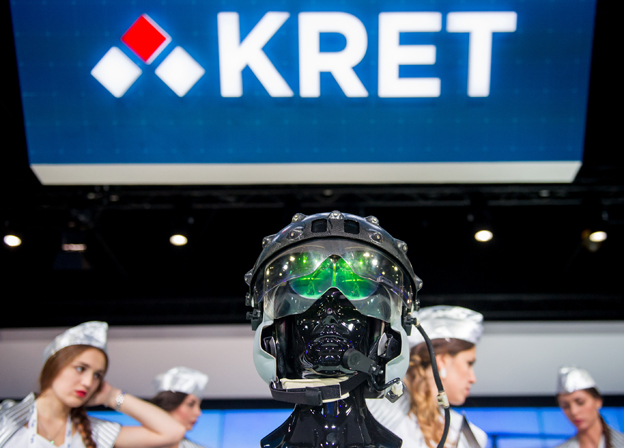 According to its company results, compared to last year, KRET increased its position in the top by four places, to take 48th place. It is well known that following the results of 2014, the concern came in at 52nd place in the rating of Defense News.

The reason was improvements in the company's financial indicators. In 2015, KRET's consolidated sales were USD 1.9 billion, including USD 1.6 billion from the sale of military goods.

As the concern stated, after taking 48th place in the list of the largest military and industrial companies in the world, KRET is showing the right course of effective development despite the declining value of the ruble. According to the previous exchange rate, KRET's financial indicators would place the company in the top 20 global military and industrial holdings. Concern employees are confident that this could happen in the next few years as the company expands its export portfolio.

It is well known that when making the Defense News ranking, brand awareness, quality, reliability and the traction of the company’s goods are all taken into account. In addition, international experts study their financial parameters and growth rate in detail for the last few years based on the company's line of military equipment.

Over the last few years, KRET demonstrated solid progress. As per the results of 2015, the concern's revenues were about RUB 120 trillion, which exceeded 2011 by RUB 45 trillion. Net income at the end of last year was about 10 trillion rubles, which was 20 % more than in 2014.

According to the concern’s plans, the estimated volume of goods for sale this current year will be over 101 trillion rubles. In 2016, it is planned to increase supplies of ground, aircraft and marine EW and RS systems, as well as prospective IFF instruments.

KRET Makes the Top 100 Defense Companies in the World