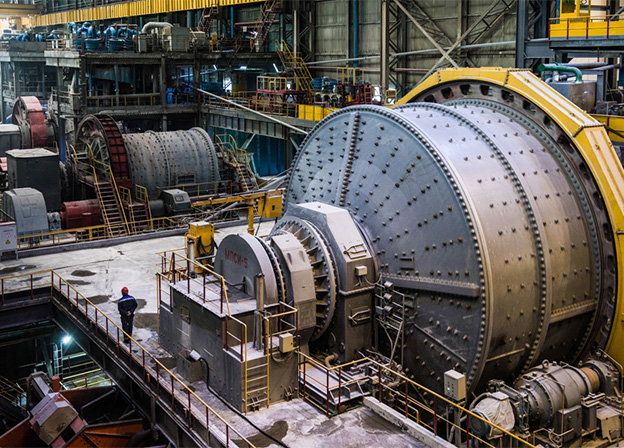 The deal was achieved on mutually beneficial market conditions for both the Russian and Mongolian sides. For the purpose of the deal, the cost of the 49% packet of shares was valued at a market premium, taking into account the quality of the assets and their potential for development. The terms of the agreement were independently assessed by international auditors and consultants.

At the state level, the decision to sell the Russian shareholdings in Erdenet Mining Corporation LLC and Mongolrostsvetmet LLC to the Mongolian side, Mongolian Copper Corporation LLC, obtained the relevant approval of the Russian and Mongolian governments, and on the corporate side, of Rostec’s Management Board and Supervisory Committee. The deal will have an extremely positive effect on the development of economic cooperation between Russia and Mongolia, and will give an additional impetus to the strengthening of the countries’ political ties.

For Rostec, the decision to monetise 49% of its shares in its Russian-Mongolian joint-venture mining companies (Erdenet Mining Corporation LLC and Mongolrostsvetmet LLC) was taken after conducting a range of measures to increase their equity value, and also with consideration for Rostec’s need for financial resources to implement a number of projects as part of the corporation’s development strategy up to 2025.

As Rostec’s CEO Sergei Chemezov noted, “At the root of the sale of 49% of shares in Erdenet Mining Corporation LLC is a studied approach to managing its mining companies and implementing an individual approach with respect to different assets in accordance with Rostec’s strategic benchmarks. The sale of 49% of shares in Erdenet Mining Corporation LLC and Mongolrostsvetmet LLC is Rostec’s largest deal in the real economy, as a result of which the corporation’s budget received its largest ever single cash input. Having consolidated 100% of shares in its mining asset, the Mongolian side achieved the possibility to further develop the companies in line with its own corporate strategy. We welcome the decision of our Mongolian colleagues and are convinced that completing the deal opens up new opportunities for the Russian side to invest in the Mongolian economy and will strengthen the countries’ bilateral links. Rostec is ready to expand its presence in the Mongolian economy in such promising areas as the production of electricity, lithium mining, logistics, and associated infrastructure projects.”

As part of its corporate management profile, operating control of the companies’ 49% share packet is carried out by RT-Business Development which specialises in managing assets and increasing their market value. The company has implemented a comprehensive action plan to manage the companies, an anti-crisis programme to reduce costs and improve production efficiency, the streamlining of administrative costs, and also corporate governance standards in line with international norms.

As RT-Business Development’s CEO Andrei Korobov emphasised, “the agreement signed today between Rostec and Mongolian Copper Corporation LLC, advised by TDB Capital, is an example of the creation of an asset’s significant share value, and the monetisation of the market potential of Erdenet Mining Corporation LLC and Mongolrostsvetmet LLC for the benefit of its main Russian shareholder, Rostec. The business strategy for the company developed by RT-Business Development and the set of measures implemented for the company’s financial and industrial recovery have made it possible to sell the shareholdings on terms mutually beneficial for both sides. This deal was an example of effective asset management work to benefit the shareholder, as well as an illustration of the holding’s possibilities for pre-sales and pre-privatisation asset management activities in various fields. The methods used can be extrapolated to other assets, which will enable the corporation to obtain a substantial influx of financial resources to implement its own investment programme.”

Rostec is a Russian state corporation established in 2007 to facilitate the development, manufacture and export of high-tech industrial products for civilian and military purposes. It is composed of 663 organisations, of which 9 holding companies have currently been created in the military-industrial sphere and 6 in civilian industries, as well as 32 being under direct control. Rostec’s portfolio includes such well-known brands as AVTOVAZ, KAMAZ, “Russian Helicopters”, VSMPO-AVISMA, etc. Rostec’s organisations are located in 60 constituent entities of the Russian Federation and market their products to more than 70 countries.

RT-Business Development LLC is a specialist holding created in 2014 by Rostec to manage financial and industrial groups and projects. The decision on its creation was motivated by a desire to provide professional asset management, as well as to use various financial instruments to give impetus to the development of the corporation’s most promising areas of business. Among such areas, key ones are innovative and high-tech industries (telecommunications, electronics, IT, and the production of advanced materials), as well as traditional sectors (resources, transport, and infrastructure). RT-Business Development owns 100% of shares in “RT-Global Resources” (Rostec’s stake in Business-Development’s authorised capital is 100%).

Erdenet Mining Corporation LLC was founded in 1978 under an intergovernmental agreement. It is one of the largest copper and molybdenum mining and enriching enterprises in Asia. It enriches 26 million tonnes of ore annually and produces around 530,000 tonnes of copper and around 4,500 thousand tonnes of molybdenum concentrate.

Mongolrostsvetmet LLC was founded in 1973 under an intergovernmental agreement. It is the core enterprise in the town of Bor-Öndör (population approximately 12,000). The company mines and enriches fluorspar, gold and iron ores.