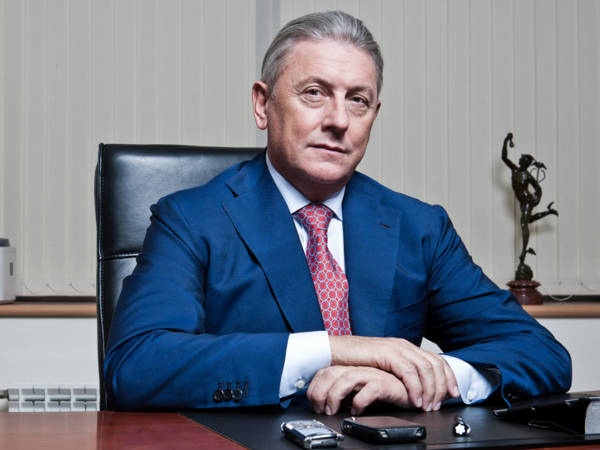 The business program of Defexpo India 2016, an international exhibition for land and naval armaments that is taking place in Southern Goa, has ended. This year, Russia had the largest number of companies at the exhibition. The exhibition showcased both new products and well-established Russian arms and military equipment. Sergey Goreslavsky, Deputy Director of Rosoboronexport, talked with TASS about the results of the negotiations with the Indian partners.

As Sergey Goreslavsky, Deputy Director of Rosoboronexport, commented, this exhibition, although it took place at a completely new venue, was the first to have so many MIC (military and industrial complex) companies representing Russia — over 60 companies and over 500 specialists.

According to the official, this shows that India was, is, and will remain Russia's main strategic partner for military and technical cooperation.

Notwithstanding the clear potential for expanding Russia's presence on Indian arms market, Sergey Goreslavsky says that a number of countries are strengthening their positions on these markets. These countries are Russia's competitors in military and technical cooperation, but "there is no reason to be tragic about it."

"There's only one clear answer to the question of whether we have been losing market share here. No, we have not. I would say even more. There are clearly grounds to believe that Russian technology will increase its presence," Sergey Goreslavsky has emphasized.

He said that Rosoboronexport used the exhibition to negotiate with its Indian partners, both from the Defense Ministry, including the Minister, as well as those associated with major local companies. The agenda was the ways to accomplish the objectives set forth by the Make in India Program. Sergey Goreslavsky has stressed that Russia is a favorable partner for India, as it is most open to technology transfers.

The essence of the Make In India Program is to attract large private investments in MIC development and set up production capacities in joint ventures with foreign partners.

Rosoboronexport views local businesses as potential partners to jointly deliver projects that can strengthen India's defensive capabilities. Sergey Goreslavsky believes that "all of these circumstances make it important to choose the right companies, and the way they work will determine the project success and ROI."

"Entering a joint venture project means that we will have to share responsibilities, including financial ones," he says.

In order to establish the legal framework for the Make in India project and create incentives for both private businesses and the state to take on the responsibilities, Rosoboronexport has offered to conclude intergovernmental agreements for strategic projects.

"The pilot project that follows this approach is the establishment of a joint production site for Ka-226 helicopters in India. In accordance with the international agreement that we signed in December last year, HAL state-owned company will be India's authorized representative," said Sergey Goreslavsky.

He also said that there is also a queue of other private sector companies with which Rosoboronexport held negotiations at the exhibition.

This concept was developed to incorporate both Russian and worldwide best practices. It includes a large range of tools, including a Safe City system, and a technical solution that monitors borders, secures facilities, tracks various data in order to identify potential terrorists, and controls border integrity.

The core of the product is the system that ensured safety at the Sochi 2014 Olympic Games. It has become a more comprehensive system now. However, Russian partners point to the fact that customers are free to purchase particular components and not the entire system.

He says that the company has a very ambitious objective — to expand both the directions and limits for military and technical cooperation between Russia and international market players by engaging not only defense ministries of various states, but also structures responsible for fighting against terror, law enforcement, etc. Negotiations are underway not only with India's Defense Ministry, but also with administrative bodies of particular states that have their own budgets for facilities security and law enforcement.

The exhibition also hosted negotiations on one of the most publicized projects between Russia and India — the fifth-generation jet fighter (FGFA). During the negotiations with India's Defense Minister, the parties reiterated their intentions to drive this project and said that the operations should be accelerated.

Sergey Goreslavsky emphasized that this project requires engagement of a large number of specialists on both sides, as it seeks to deliver high-technology products. Naturally, the parties are taking into account the technological capabilities that India has to offer. But everything goes as planned and the parties are now preparing the contract draft on design and development works. This is a very important stage. After it has been completed, the road map for helicopter production can be developed.

"Both parties are interested in increasing the project’s pace. But we can't get ahead of ourselves, as we need to agree on all the details, down to the nuts and bolts," commented Sergey Goreslavsky.

The possibility of leasing a second Project 971 nuclear submarine to India became one of the most vital topics arising during the negotiations.

In response to this question, Vladimir Drozhzhov, Deputy Director of the Federal Agency for Military and Technical Cooperation, said that "it's too early to discuss this issue, however there's a clear potential in this regard".

When asked about other projects related to the submarine fleet, Russian delegation representatives said that they are negotiating with India concerning Amur-1650 submarines and modernization of 877 submarines operated by the Indian government. In particular, Sergey Goreslavsky confirmed that there are current negotiations to determine the potential for cooperation in these areas.

"India not only needs to consider purchasing new technological solutions, but it also has to decide how it can upgrade its existing military equipment," emphasized Sergey Goreslavsky.