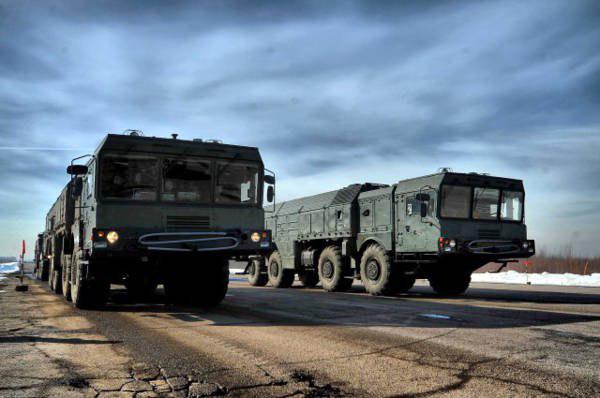 At the Defexpo India 2016 international exhibition of armaments Rostec will present products of its holding companies. Russian Helicopters will demonstrate the Mi-38 and Ka-226T craft.Techmash will discuss with Indian partners the organizational aspects ofproduction and joint development of munitions in India, while the VysokotochnyeKompleksy (High Precision Systems) will present Kornet-E, a Verba model, andmock-ups of Iskander-E and Khrizantema-S.

At the Defexpo India 2016 international exhibition ofarmaments, Rostec will present products of Russian Helicopters, Techmash, VysokotochnyeKompleksy, Schwabe, and UEC (United Engine Corporation). The organizer of the Russian exposition is Rosoboronexport,the sole state intermediary in export and import of the entire range ofmilitary and dual-purpose products in the Russian Federation.

“Defexpo India 2016 is a landmark event for the Indiandefence industry. The Make in India government program focuses onlocalization of production inside the country and involves creation of jointventures and localization of technologies. For many years, India has been our strategic partner. Today we are working on increasing cooperation invarious areas in accordance with this vector – from the traditional field ofmilitary technical cooperation to civil directions: electronics, biotechnology and composite materials,” saidSergey Chemezov, CEO of Rostec.

Concern Techmash intends to discuss with the Ministryof Defence of India the issues of joint development and organization ofproduction of ammunition, 23 to 155 mm in caliber, in the country.

The United Engine Corporation will present mock-ups ofthe AL-41F-1C advanced series production engine for combat aircraft (including theSu-35 aircraft) and an example of expertise in development and manufacturing ofthe E70/8RD marine engines generated in Russia. As part of the exhibition, the UEC is also planning totouch upon the subject of engines for aircraft (AL-31FP, AL-41F-1C, RD-33MK,AL-55I), helicopters (VK-2500, TV3-117), and ships (M-70FRU).

A press-conference of the united Russian delegation onthe topic of the Prospects of Military Technical Cooperation between Russia andIndia will be held at the media center of Defexpo India 2016 onMarch 29, 2016 .

Russian defence corporations show their products at the DEFEXPO India – 2016