A new director of AVTOVAZ has been appointed 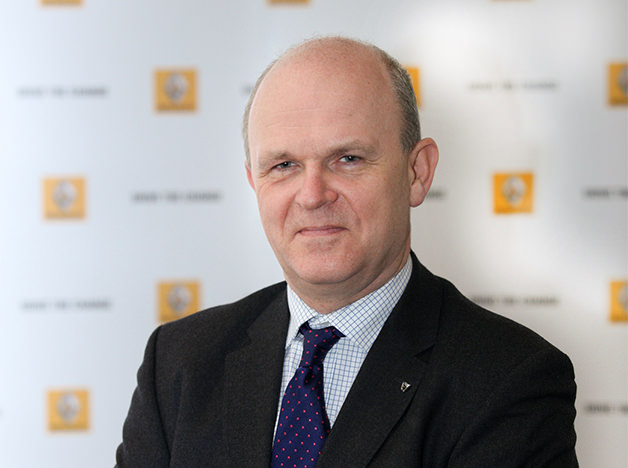 Alliance Auto Rostec B.V., a joint venture of Renault-Nissan and State Corporation Rostec which controls AVTOVAZ, has announced that Nicolas Maure was appointed to the post of the President of OJSC AVTOVAZ. The decision will come into force on April 4, 2016, when Bo Inge Andersson will relinquish his duties.

Currently 55-year-old Nicolas Maure is the CEO of Renault in Romania, where he manages all commercial and production activities of the company. He also holds the position of PDG of the Automobile Dacia S.A. joint-stock company, the manufacturer of one of the fastest growing automotive brands in Europe and the largest private company in Romania.

Before taking over the leadership of Renault in Romania, Nicolas Maure was the Vice-President for production efficiency and Vice-President of the Renault-Nissan alliance’s purchasing organization for power plants.  He headed the units responsible for production, purchasing, quality, and after-sales service.  Before joining the Renault team in 2000, Nicolas Maure had worked in companies producing vehicle components, such as Faurecia and Valeo.

"AVTOVAZ has upgraded its vehicle line-up and production processes, and also significantly improved the quality of products," said Carlos Ghosn, Chairman of the Board of Directors of AVTOVAZ and President of Renault-Nissan Alliance which holds a majority stake in Alliance Auto Rostec B.V., the joint venture controlling AVTOVAZ.

"With the coming of Nicolas Maure, we plan to further pursue the chosen strategy despite the challenges we are facing now.  And we continue to uphold our views on the future of the Russian market and AVTOVAZ as the leading player in the Russian automotive industry, in the long term," he added.

"Over the past seven years there have been dramatic changes in AVTOVAZ, thanks to which the quality of produced cars has improved, new models have been designed and manufactured, and the production efficiency has increased," said Sergey Chemezov, CEO of Rostec.

"Our task for today is to create a highly competitive product, expand the market share, and also ensure an effective process of utilization of Russian component base producers. In this context, AVTOVAZ is a stimulus for the development of hundreds of other enterprises in the country. All these challenges will be faced by the new leader. We expect that he will be able to cope with them," said the head of the State Corporation.

The previous head of AVTOVAZ - Bo Inge Andersson - joined the company three years ago, in 2013. He continued his work on restructuring AVTOVAZ, which included process improvement, launch of new products, and exchange of technologies with partners.

The Renault-Nissan Alliance holds a majority stake in the Alliance Rostec Auto B.V., a holding company which controls AVTOVAZ. Renault, Nissan and Lada, the brand owned by AVTOVAZ, jointly produce cars in Tolyatti and in other plants in Russia.

The “Savages” Tested the LADA Xray in the Arctic

A new director of AVTOVAZ has been appointed

AvtoVAZ has announced the price of the Lada XRAY

AvtoVAZ is planning two premieres in 2016