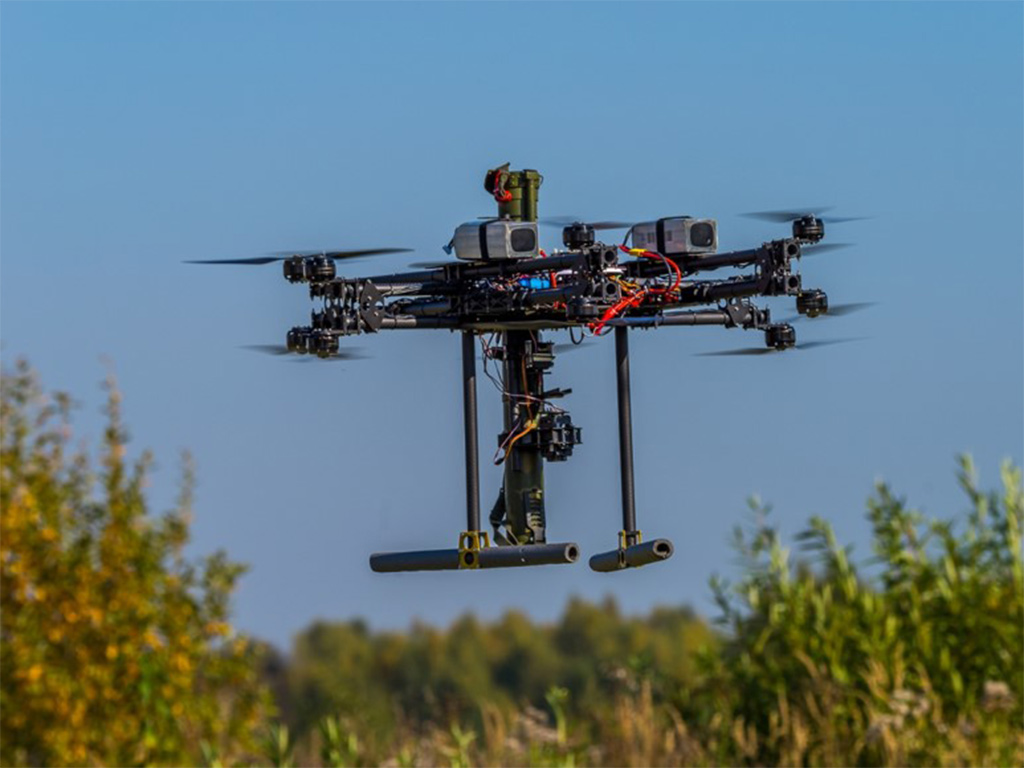 United Instrument Manufacturing Corporation (UIMC) has presented plans for a multifunctional air robotic system, which includes a robot helicopter, observational copter, reconnaissance copter, and attack copter with rocket-launching capabilities. The robots can carry out a wide range of tasks and can act either independently or as part of a unit. A number of products in the complex were presented for the first time at the Robotics of the Russian Armed Forces exhibition.

The flying robots were designed to observe distant objects, record video and still images (including thermal imaging), transmit video in real time, deliver goods to a specified point, and destroy enemy targets on the battlefield.

According to him, the human role in managing the robots has already been minimized: the drone detachment can operate in an autonomous mode, where each robot performs its function independently, following its own specified route.

“These robots can navigate through the air without the support of an operator, choose their own routes, carry out reconnaissance work, and interact with other drones and robotic systems,” said Sergey Skokov.

The robot helicopter complex is designed for conducting video surveillance, delivering a payload to a given destination, and carrying out meteorological observations. It has a flight range of a few hundred kilometers. The reconnaissance copter can fly to an altitude of several thousand meters and can be used to detect and identify targets in realtime. The observational copter can be used to adjust artillery fire and determine the location coordinates using the signals of GLONASS/GPS satellite navigation systems. The attack multicopter can detect and destroy enemy targets, including tanks and armored vehicles, with the help of standard rocket weapons.

During the exhibition, Concern Vega also presented upgraded software and hardware complex for group control of UAVs and ground-based robotics systems (based on Kamaz-43116 vehicles). The complex, which includes control panels for UAVs and robots, is equipped with five workstations for operators. With the help of a high-performance supercomputer, included in the system, it is possible to control up to 10 UAVs and ground-based robotic systems simultaneously. The machine has great cross-country abilities and can operate autonomously for up to seven days. The mobile control station can be deployed within 15 minutes.

Leaders of the Russian Armed Forces, representatives of the Military-Industrial Commission, law enforcement agencies, the Russian Academy of Sciences, leading industrial enterprises, developers, and the head designers of UIMC and other research organizations are all participating in the conference.

United Instrument Manufacturing Corporation (UIMC) is a state-owned holding company of Rostec Corporation. It unites together more than 60 enterprises and research organizations in the electronics industry, employing over 40,000 people. Its main specialization is the development and manufacture of communication, control, and electronic warfare systems for the Russian Armed Forces, as well as robotics, UAVs, medical equipment, telecommunications, and computer technology. UIMC’s products are exported to more than 30 countries around the world, including countries in Africa, Asia, Latin America, and the Middle East. In 2015, the Stockholm International Peace Research Institute (SIPRI) ranked UIMC as the 24th in the top 100 largest global arms manufacturers. The annual total revenue of the holding’s enterprises amounts to more than RUB 100 billion.