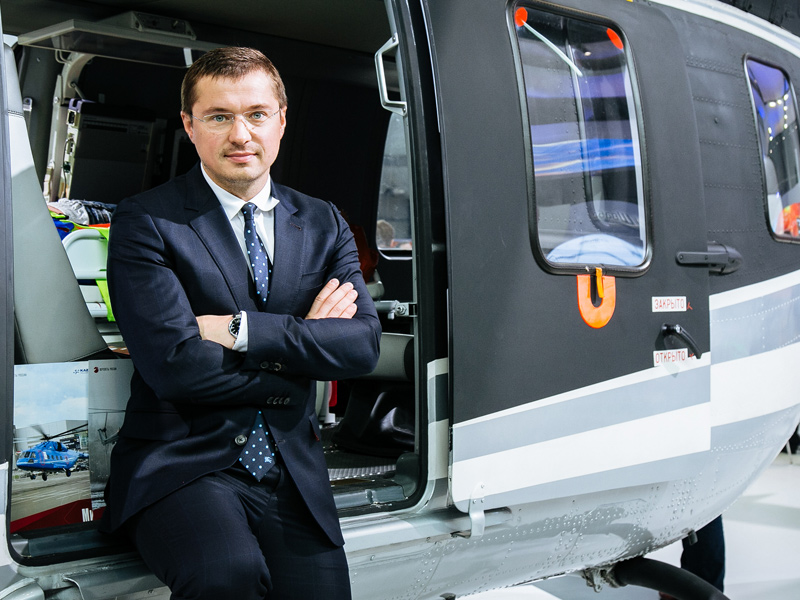 In 2015 amid the sanctions pressure Rostec managed to maintain strong performance. Preliminary figures indicate the corporation’s revenues reached 1 trillion rubles. The average salary in 2015 increased to 40,000 rubles compared to 37,000 in 2014. Rostec paid over 150 bln. rubles in taxes. Russian Technologies TV show has covered Rostec activities in 2015.

“The only way to win is to set ambitious goals”.

By 2025 the corporation;s revenue mix will change significantly. The driving force behind it is the new Rostec Development Strategy.

“The Strategy covers virtually every manufacturing domain: from R&D and new technology development to marketing and competition on global markets. All the goals are very ambitious. But the only way to win is to set ambitious goals”, says Vasily Brovko, Director for Communications and Strategic Research, Rostec.

The new Strategy requires the Corporation not only to integrate into global markets, but to enter the highly competitive and dynamic smart product markets with over 10% annual growth rates. To implement the goals we will reorganize the manufacturing, decrease power consumption, and upgrade the production facilities.

“Next year we will develop strategies for the six industrial clusters we have. They are: aerospace, electronics, automotive, manufacturing, and other assets outside of these five clusters. Each cluster is run by an industry director. The director’s objective is getting rid of rework and competition between the holdings. All the holdings are relatively small on a worldwide scale, so we should apply synergy, not the unnecessary internal competition”, Vasily Brovko explains.

Available Prosthetics for Millions of Russians

Microelectronics and high tech medical equipment are two important areas the Russian researchers and manufacturers should focus on. The United Instrument Manufacturing Corporation (UIMC) has successfully joined the two domains. The Institute of Electronic Control Machines named after I. S. Bruk (INEUM), an UIMC company, has developed bionic robotic prosthetics. The project is carried out under the Federal Pharmaceutical and Medical Industry Development Program Till 2020.

“There are similar devices in other countries, in Germany, for example. But the imported module costs over 1 mio rubles. It is too much for Russia. We have developed a module with identical functionality that cost just a half of that. It can lift up to 5 kg, and capture objects”, says Dmitry Balovnev, Dept. Head, INEUM.

The forearm prosthetic replaces a lost arm but it does not just improves the person’s appearance. It has motors instead of muscles, wires and a CPU instead of nerves.

“It is controlled by signals received from the remaining stump muscles. The user can tense and relax their muscles, and bend/extend the arm”, Dmitry Balovnev says.

Most of the components, and the composite body are made in Russia. The control system and software are customizable for each specific user. They have also been developed by Russian doctors and engineers. They have also developed a modular leg prosthetic. It consists of a foot, a lower thigh, and a knee joint. The modules can be used individually, or combined into a single prosthetic. Dmitry Balovnev notes that every module has been tested for strength, passed environmental tests, and proved its electrical safety.

Another INUEM project is a neural interface to mentally control any mechanical or electronic devices. Sensors attached to one’s head read the brain activity patterns in certain areas, interpret the signal, and activate the device.

“Today it is a fast-growing industry, and the technology has a lot of applications: games, smart home control, etc. We are mostly interested in recovering persons with disabilities, in prosthetics control”, says Alexander Smirnov, Neural Interfaces Lab Head, INUEM.

The UIMC will deliver easy-to-use and affordable prosthetics to about a million of physically challenged Russians. However, the technology has military applications as well.

Now the prosthetics are being certified. Serial production will be launched soon, and the products will become available for people with disabilities. The research will not finish with that. Rostec will continue developing microelectronic, medical, and defense technologies.

“We have analyzed the global markets where we operate. We have discovered that we mostly present on stagnating markets with no dynamic development, and low 2-4% annual growth rates. For example, our share of the global heavy helicopter market is 16%. It is a high share, but it will not change significantly. We will just maintain the global leader status in this segment”, Vasily Brovko explains.

In 2015 Russian Helicopters introduced the Ansat and the Ka-226 light commercial helicopters. Both aircraft have been included in the IAC Aviation Register and have been certified for civil operations. Other versions of these helicopters were used by the Ministry of Defense, police, and the Federal Security Service. Now they are suitable for civil operations can be operated in purely civil service, for instance, as an air ambulance for quick rescue in hard-to-reach regions.

Another good news in 2015 is completing the new PD-14 jet engine test program. The engine is designed for the MC-21 advanced airliner. The new engine has passed the fifth milestone, and is now ready for certification. The next task is flight tests with a flying laboratory at the Gromov Flight Test Center. Only after the flight tests the engine will be cleared for the MC-21 maiden flight scheduled for 2016.

A family of gas turbine units for oil pumping and new-generation power plants will be developed based on the new engine. They will replace similar imported units.

“In terms of revenue we already on the Top 10 list of the largest manufacturing corporations being ahead of such famous brands as Finmeccanica, Thales, SAGEM. The modern world goes toward the singularity, so technology transfer is very important”, Vasily Brovko emphasizes.

The challenge is that many defense solutions are low-batch or one-off products while non-defense products have to be manufactured in large quantities. It’s what the fast growing market needs that funds such projects.

“Most Russian technologies are in the defense domain, and we work on their most suitable civil applications. For this reason we have performed some medical R&Ds, since medicine is very close to defense: they share precise systems, lasers, optics, and many other technologies”, says Vasily Brovko, Director for Communications and Strategic Research, Rostec.

A reasonable re-configuration of some production processes and of the asset portfolio will help us enter the difficult and highly competitive global markets. Rostec’s objective is to enter the markets, grow along with them, and expand the market share.

“Each holding’s objective is expanding its global market presence, and capturing the most share of highly competitive and dynamic world markets”, Vasily Brovko notes.

In the end, 2011 the experts performed the Corporation’s brand audit. The study revealed that in three years the brand value has increased 700 times: from 45 mio to 31.2 bio rubles. Today the brand launched in 2012 is among the Top 15 most valuable Russian brands.