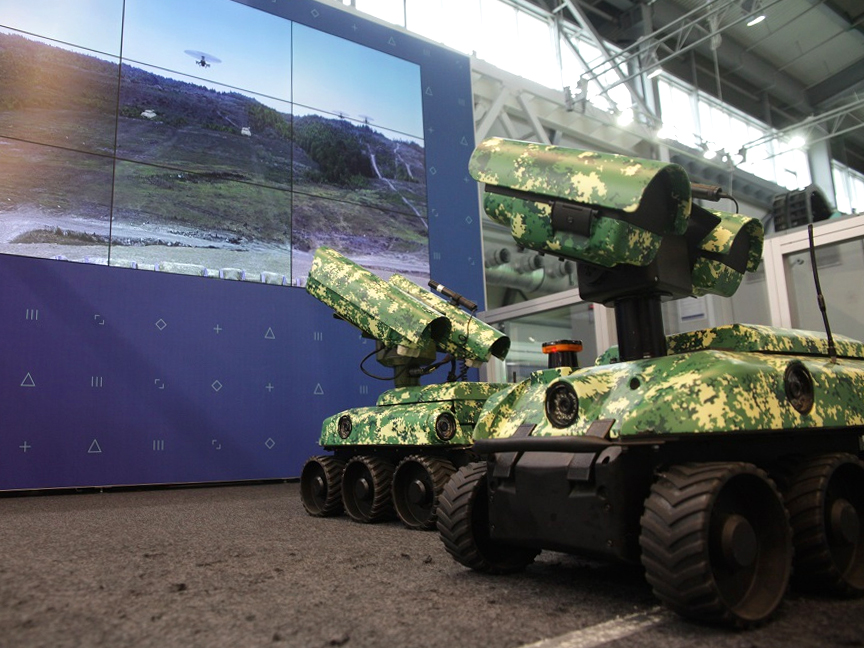 United Instrument Manufacturing Corporation is developing basic technologies for 3rd generation robots having almost human capabilities. The robots will be able to orient without human operators and GPS/GLONASS, to navigate on their own, recognize objects on video images, conduct reconnaissance, communicate with drones and other robotic systems. The robots will be virtually undetectable for electronic surveillance and other sensors, since their radiation signal levels are close to zero.

“A fundamental differentiator of the 3rd generation robotics compared to existing robots is the ability to operate with no human input”, says Alexander Kalinin, Head, Innovative Development Dept., United Instrument Manufacturing Corporation. “A number of UIMC companies are working in this area. We have achieved significant progress with machine learning, AI, smart robotics control systems, and artificial vision. We have taught robots to communicate, to help each other, and to collaborate. So far the technologies are refined with totally civilian robotic platforms and standard non-military vehicles. For example, we have experimented with regular quadcopters and ATVs. Actually, soon the technology will be able to convert anything into a smart robot, be it a car, or a tank.”

UIMC technologies enable unmanned ground vehicles to operate in collaboration with no human input. Using aerial surveillance, such unmanned vehicles will be able to navigate and change course, bypass obstacles, and ambushes. A new generation of ground robots will orient even with no GLONASS signals, and recognize objects with computer vision. With SLAM technologies under development robots will create 3D digital maps on the terrain they are riding.

“Such robots are intended to be a multipurpose tool, and an efficient substitute for humans wherever possible”, explains Alexander Kalinin. “It can be reconnaissance and monitoring, security patrols of regular or classified areas, cargo hauling, data acquisition, and mapping. The robots can also be equipped with various weapons and special units including offensive electronic warfare systems. We are working on reducing the vehicle signature detectable by enemy sensors through decreasing the electromagnetic radiation levels”.

This year the Corporation launched the URP-01G civil and military tracked unmanned vehicle. In the future it will have a smart control system, and operate independently with no human input. The vehicle can carry 2 tons payload (strike weapon stations, fire extinguishing equipment, and others). It is intended to operate in extreme conditions such as accident recovery and combat, hazard area patrols, Arctic expeditions, etc.

In October, 2015 UIMC completed the Unicum technology development. It automatically and concurrently controls up to 10 unmanned vehicles. The R&D has resulted in a software package where the robotic vehicles independently take roles within a team, vote for a leader, replace out-of-action units, take up advantageous positions, search for targets and engage them automatically upon receiving the operator’s confirmation.