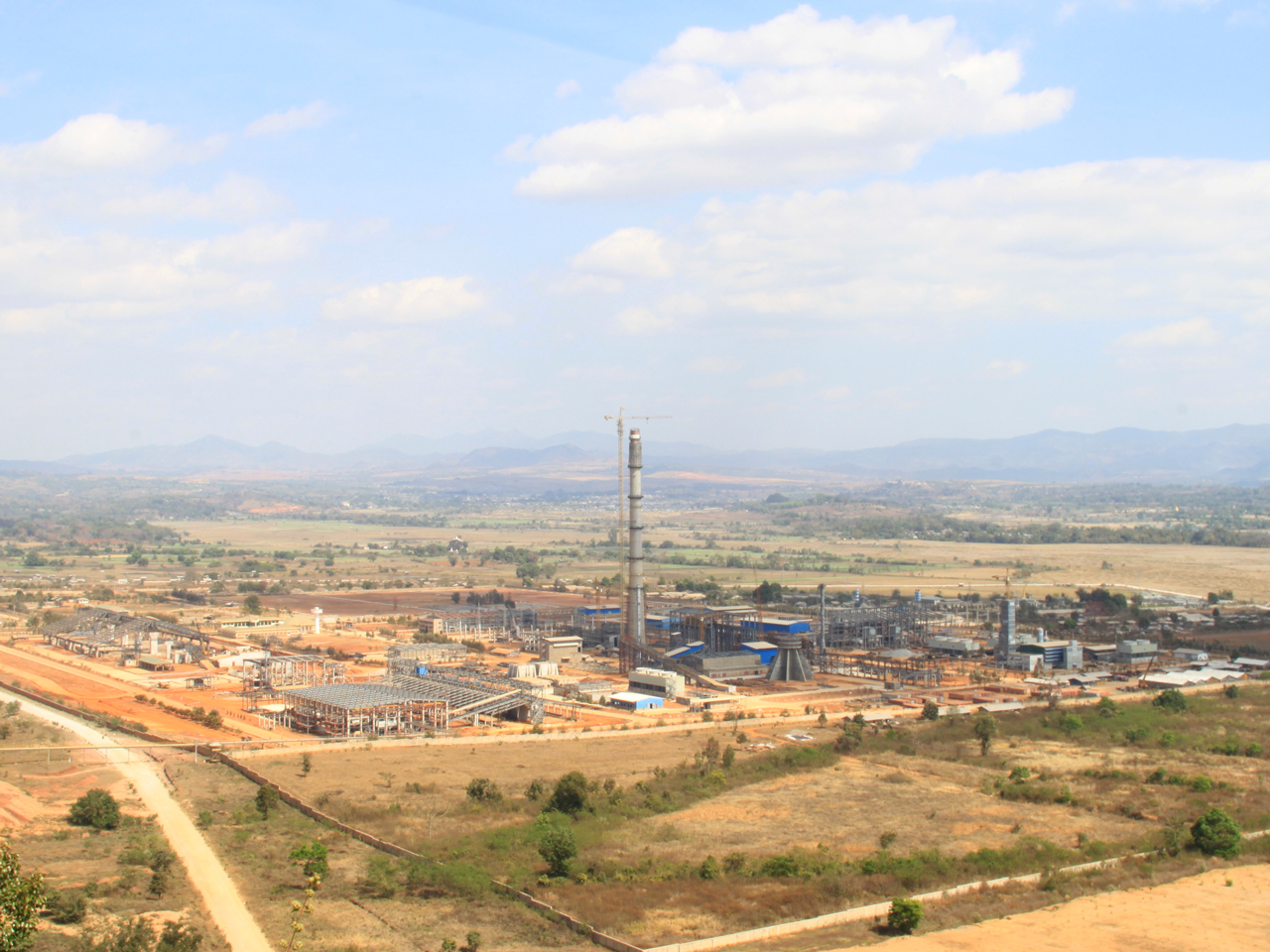 Myanmar has seen the commissioning of the first stage of the iron and steel plant utilizing the ROMELT process originating from Russia. Once ramped up to the full capacity, it will produce up to 200 thousand tons of pig iron per annum.

The construction project is being run under the contract between the Myanmar Economic Corporation and VO Tyazhpromexport, a subsidiary of Rostec.

The formal ceremony was attended by Deputy Minister of Myanmar's Industry U Aung Mu, Ambassador Extraordinary and Plenipotentiary of the Russian Federation to the Republic of the Union of Myanmar Vasily Pospelov, Head of International Cooperation and Regional Policy at Rostec Viktor Kladov, Chief Executive Officer of Tyazhpromexport Grigory Volkenshtein.

"This is a crucial step in the plant project and in the development of cooperation between Russia and Myanmar in general”, said Viktor Kladov. “The Russian side is making good on its commitment to complete this facility on time and to a high level of workmanship. The test run of the furnace has proved the efficiency of the state-of-the-art ROMELT® technology that will be applied in Myanmar for the first time. We are positive that the successful completion of this project will win us awards to construct similar plants in other Asian countries. "

The pig iron plant construction project in the Republic of the Union of Myanmar is the first commercialization of the unique Russian ROMELT technology processing poor-quality-iron-ore without any pre-reduction step to get pig iron to market. It was originally tested at the Lipetsk-based Iron and Steel Plant and at a facility located in Kazakhstan. Pig iron will be used as feedstock to produce steel at the existing plant in Myingyan.

Pig iron will be sourced from low-grade-iron-ore with a maximum iron content of 29% available from the Pang Pet iron-ore body and from power-plant-grade coal confined to the Kye Thee field.

In addition to the primary product — pig iron — the ROMELT process delivers slag for commercial use (roads, buildings and installations) and electricity in quantities sufficient to export to the national power grid of Myanmar as well as to meet the process needs of the plant.

The pig iron plant construction project is an important social undertaking that will create thousands of new jobs. Burmese personnel are expected to be trained in Russia in future. In addition, the Burmese side has completed a manpower training university. Infrastructure development is underway: existing roads are being repaired, new roads are being built, high-voltage power lines have been installed and a gas pipeline will be laid in place over a more than 300-km-long-stretch.