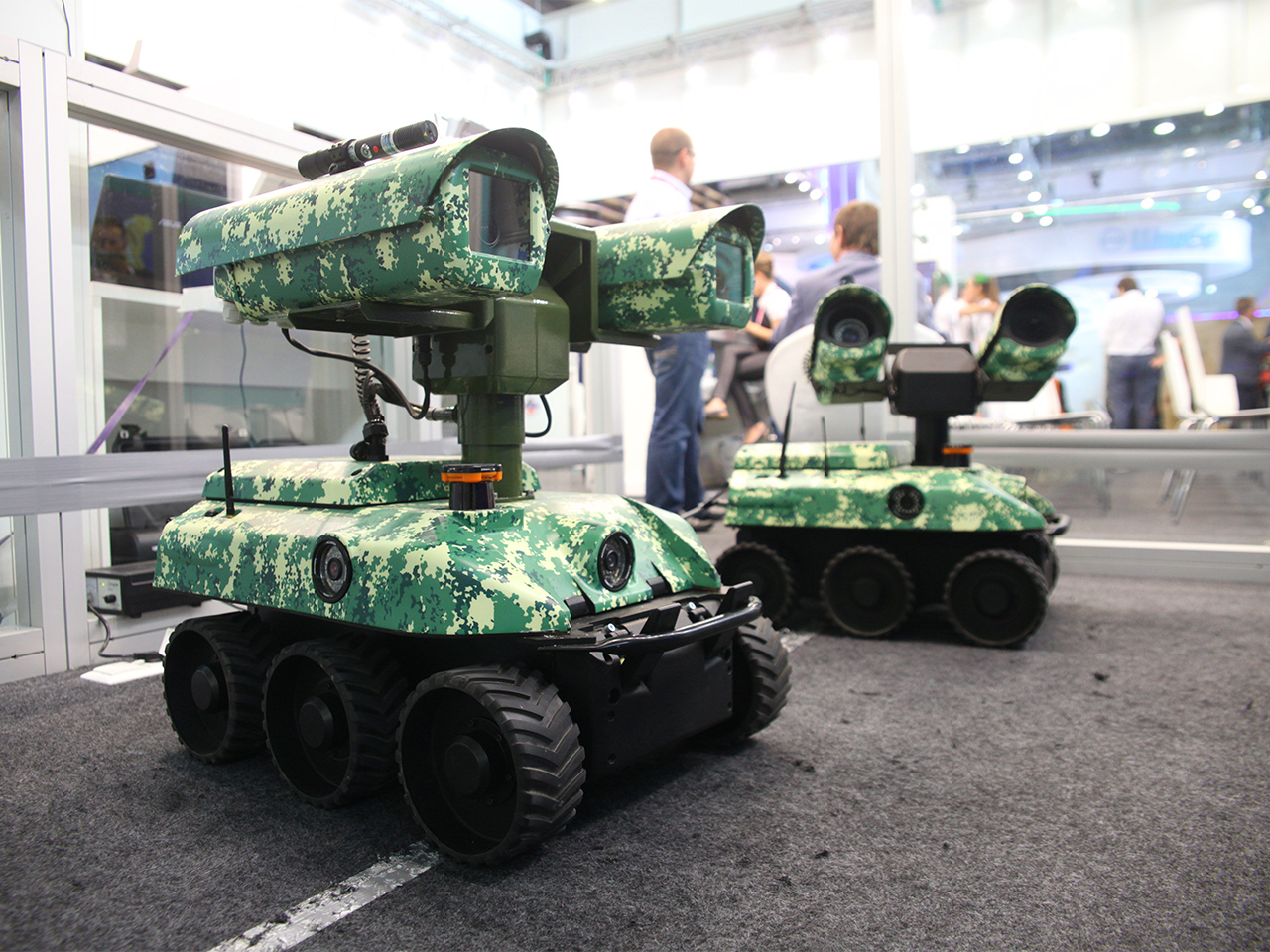 United Instrument Manufacturing Corporation has delivered to the customer a software system designed to control a group of robots for various purposes. The Unicum software package enables machines to solve their tasks without human intervention.

“This is the first system in Russia with this level of advancement that has been successfully tested, declared available for operation and accepted by the state customer”, remarked deputy chief executive officer at United Instrument Manufacturing Corporation Sergey Skokov. “It is the product of a team of professionals from our business unit Management Systems. As a matter of fact, this is yet another step to the creation of fully-fledged artificial intelligence, endowing machines with nearly human capabilities”.

The Unicum technology allows automatic management of as many as 10 robotic systems  at a time and enables machines to operate on a battlefield both independently and as part of a task force. Robots can independently assign roles within a task force, choose a leader from among them, replace disabled machines, take advantageous positions, search for potential targets and request an authorization from the operator.  The system is suitable for application at civilian locations as well. For example, it can be employed to keep order at public events, or to perform rescue and other missions.

“The software suite completely takes human out of the control loop and provides a path to independent task solving”, explained CEO of Management Systems Sergey Grishin. “The control loop can be both centralized when the operator issues a task to each individual robot and decentralized when a task is assigned to the entire group that decides by itself on how to go about that task and  who does what, whether conducting reconnaissance, or – as the case may be – performing the defense or attack roles. In both scenarios, robotic systems are capable to act on their own independent of human control, requesting an authorization from the operator to carry out some action only as, if and when necessary”.

The Unicum software system has successfully completed the tests of Russian Ministry of Industry and Trade acceptance committee and has been passed on to the customer. Now possibilities are being explored to integrate the technology into real life robotic systems, both civilian and military, including unmanned aerial vehicles.