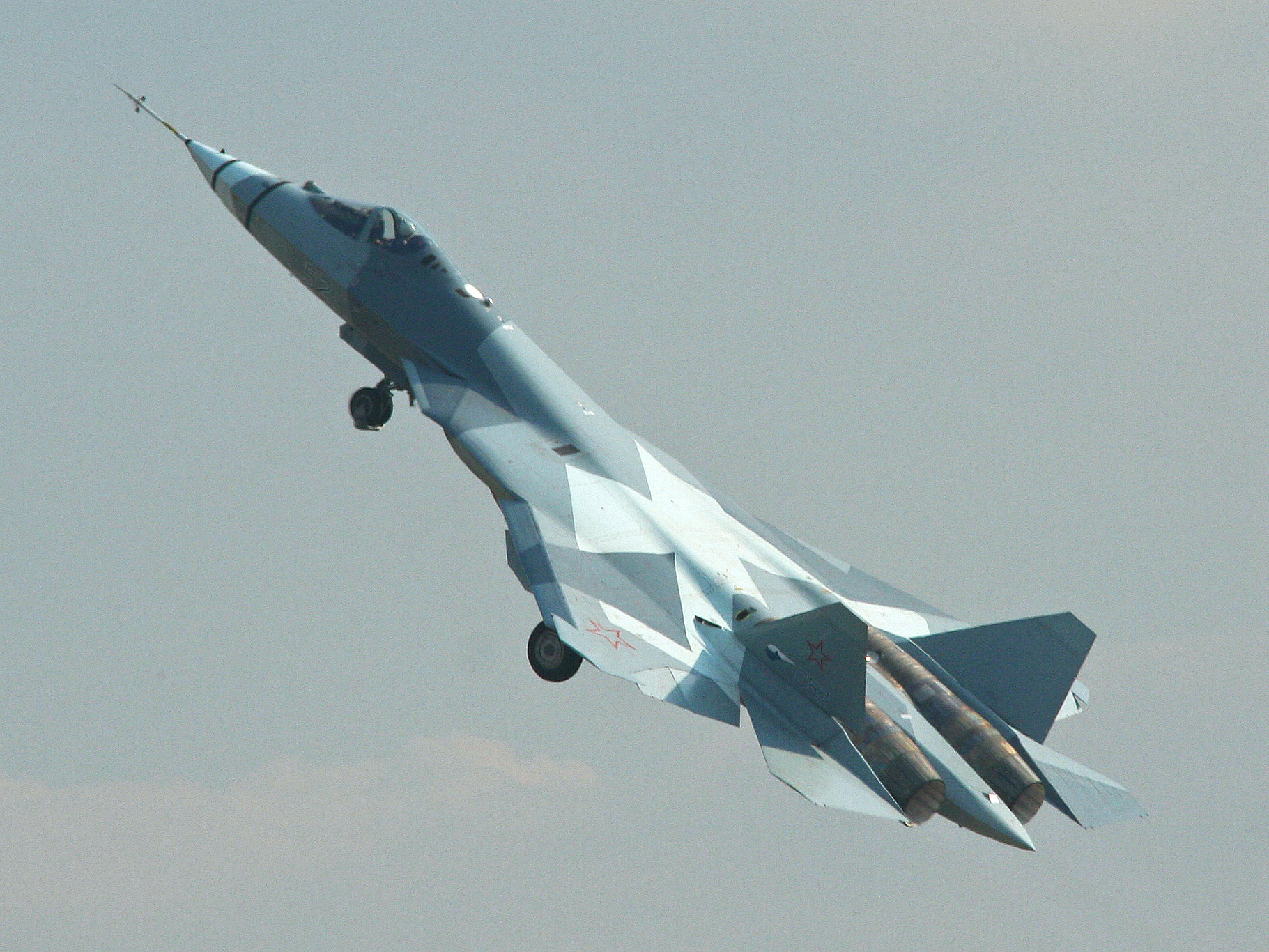 The Tikhomirov NIIP radar system built for Russia’s first fifth-generation combat jet, the Sukhoi T-50, is “99% ready” to enter serial production but must first complete a series of development tests.

The active phased array radar consists of one forward-looking X-band radar in the nose section and two side-scanning arrays as well as L-band antennas along the wing flaps.

The system has been put on display for the first time at the MAKS air show in Moscow, and deputy chief designer of NIIP radar systems Andrey Sukhanov says he doesn’t have a time line for when the testing will conclude, but he is confident the overall design is stable barring minor tweaks.

“A lot of different equipment and items are involved in this testing, because it’s not only the radar being tested but the avionics of the entire system,” he says. “This is similar to the Lockheed Martin F-22, and the F-35 testing that is taking place now. It does not depend on which country or manufacturer, because the problems encountered are always the same".

“If the testing finds some things that require finalization or adjustments then it will be done, but as for our estimate, the radar is 99% ready for serial production.”

He gave little detail regarding the radar’s capability, other than to say it comes with air, ground and maritime modes and is easily adaptable to new air-launched weapons.

The supermanoeuvrable supersonic jet is the leading attraction at the show, and the head of United Aircraft (UAC) Yuri Slyusar said at a press conference 26 August that the programme is on track despite reports of a slow-down. The Russian Ministry of Defence’s latest plan is to procure 55 T-50s through 2020, although the go-ahead for that number depends on the performance of the first 12.

The Russian government’s lukewarm embrace of the T-50 stands in contrast to the stated importance of the project, both in terms of its nationalistic appeal and stimulation of the domestic aerospace industry.