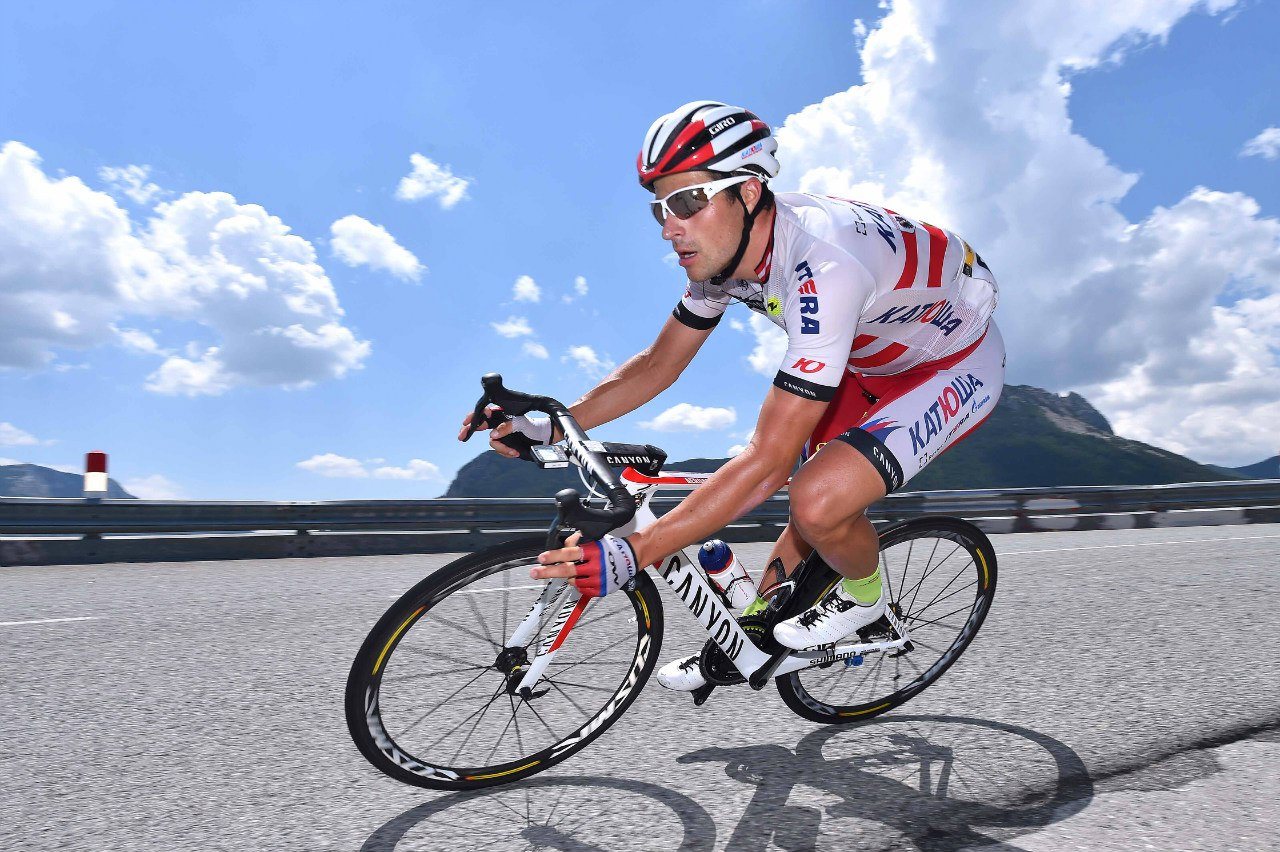 Katyusha is Russia’s first road bicycling team and has been part of ProTour’s top cycling league, the World Tour, since 2010.  The team was founded in late 2008 and has already established itself as a strong and competitive contender for a position as one of the world’s cycling leaders.

In the 2013 season alone, Katyusha achieved a record 30 wins, and its leader Joaquim Rodriguez was named the world’s best cyclist, according to ratings of the International Cycling Union. In 2012 and 2013, the Russian team ranked among the top three teams in the world (2nd in 2012 and 3rd in 2013, according to World Tour team rankings). Overall, for the duration of its existence, the domestic cycling team has spent six full seasons in the top league, achieving 152 victories and winning 281 prizes.

The Katyusha team emerged from the All-Russian Cycling Development Project, which was conceived, developed, and implemented at the initiative of the heads of three Russian companies: Sergey Chemezov (Rostec Corporation), Alexey Miller (Gazprom), and Igor Makarov (ITERA).

“The desire for success and a strong team spirit has served as the key to our team’s brilliant performance in competitions. This is what creates victors of the legendary Milan – San Remo race, the Tour de France, or the prestigious multiday Criterium du Dauphine race,” said Sergey Chemezov.

The CEO of Rostec Corporation is also chairman of the board for the Russian Cycling Federation. In anticipation of the opening of the season in 2015, he wished the team many more successful races.

"I am confident that during the new, seventh season of the World Tour, Katyusha will perform even more consistently, and that the professionalism and experience of our athletes will lead our team to many hard-fought wins in the future. This will make the coming season all the more engaging and spectacular for the fans,” said Sergey Chemezov.

In 2015, the team will focus on strengthening the position of Russian bicyclists in Europe and throughout world and winning the largest international professional competitions.

Katyusha’s success has contributed to the rising popularity of cycling in Russia, which, ultimately, is one of the objectives of Rostec’s social policy. The corporation hopes to increase the Russian makeup of the team, which should be accomplished in the nearest future given the results of both young and experienced Russian athletes.