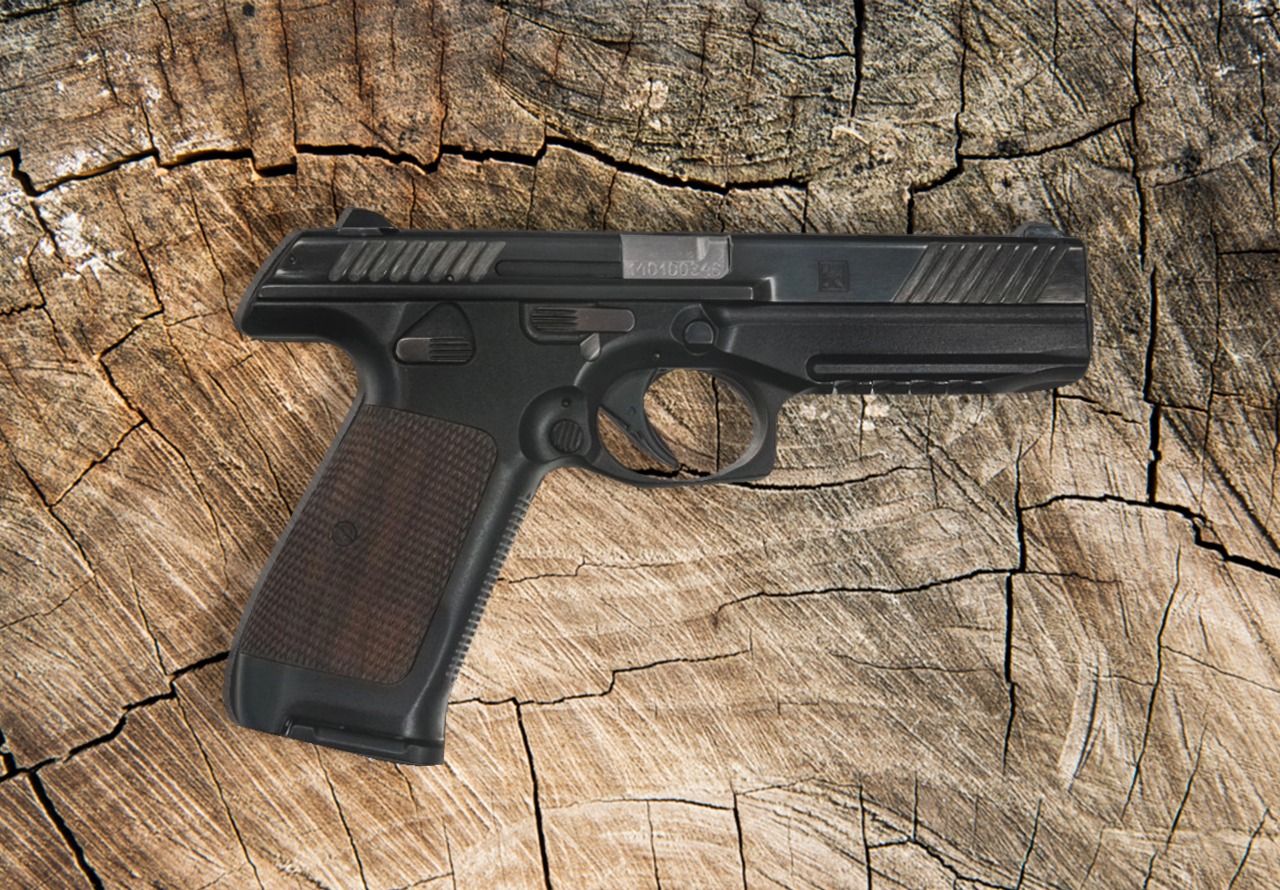 During the Army – 2015 International Technical Forum, the Kalashnikov Concern, part of the Rostec  Corporation, have for the first time shown a prototype of the new 9x19mm caliber PL-14 (Lebedev pistol). The concept of the pistol was developed jointly with specialists from the Russian armed forces and leading sports marksmen in our country.

Key features which distinguish the PL-14 from the other modern analogues are its ergonomics and balance, which correspond to the modern concepts of human biomechanics and accurate shooting. Special attention has been paid to the unique aesthetics of the pistol.

“The universality of the pistol allows it to be used not only as a battle weapon for the army and police but also as a sporting pistol for various categories of competition”, remarked Alexej Krivoruchko, CEO of the Kalashnikov Concern, “For the range of uses of the pistol by marksmen in the special forces, we intend to produce different modifications with a range of trigger mechanism features, as well as options which allow it be used in sports competitions”.

The construction of the pistol takes into account the characteristics of mass and dimension. The pistol has uniquely small density in comparison with similar weapons of the class: 28mm in the area of the butt, and 21mm in the front part of the pistol. In addition, the bilateral location and configuration of the PL-14 control features allows the weapon to be controlled by the right and left hand and makes it convenient to carry, draw and use. A Picatinny rail is integrated into the construction of the pistol.

The automatic calculation methods used in the construction of the pistol give it a large firing resource, and in combination with the above-mentioned ergonomics and biomechanics solutions, they make it comfortable to fire from the point of view of recoil, kickback after firing and quick return to the line of targeting. These factors allow for rapid repeat firing at the target and quick transfer of fire to other targets.

Particular attention has been paid to safety: the trigger mechanism used guarantees the inability to fire the loaded weapon accidentally, even when falling from a great height onto a hard surface. In addition, in the base option, the trigger is deliberately longer and needs more effort to fire than normal which  protects the trigger from accidental firing in a stress situation when holding the finger on the trigger. In the modification intended for highly qualified users (experienced officers of the special forces and sportsmen), trigger strength and travel will have lesser values.

In addition the increased safety levels of using the pistol is provided by the highly effective indicator showing presence of bullets in the lock, allowing for the user quickly and reliably to determine by “feel” whether the weapon is loaded. In addition to this the indicator also has another function: in combination with the altered geometry of the magazine, it allows for the firing of defect bullets, whose cartridge length does not comply with the standard.

Basic characteristics of the pistol:

Kalashnikov is supporting the World Championship in Practical Shooting