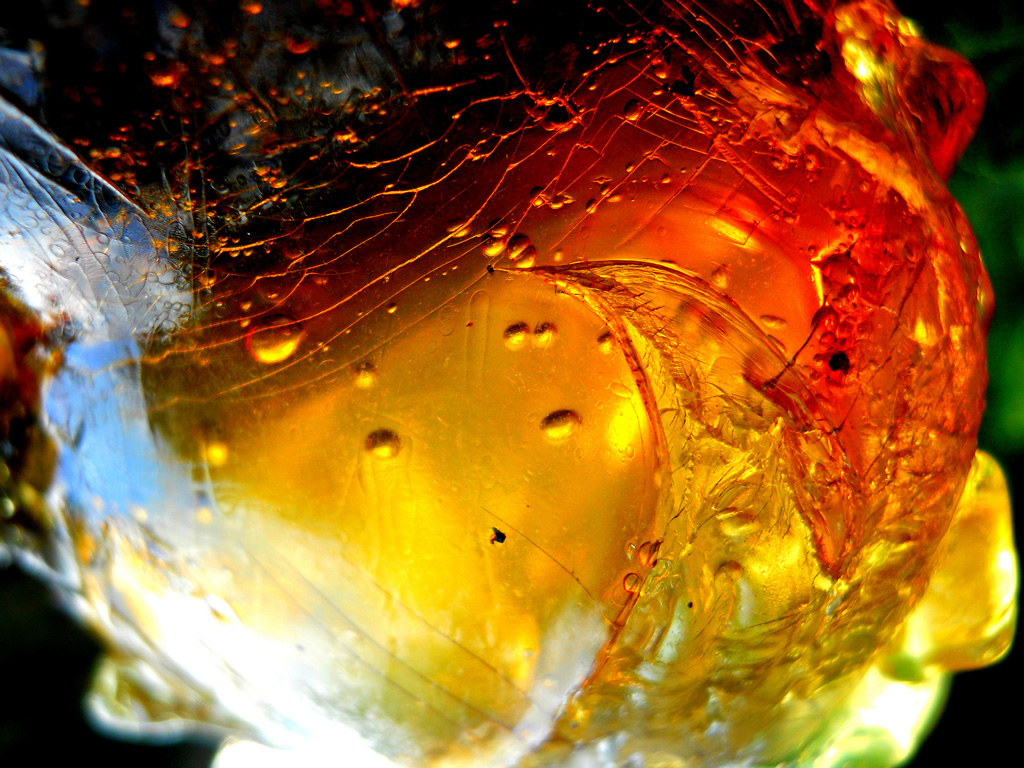 At the exhibition “Amber: A Second Birth,” which has opened at the Museum of Moscow, a key part of the collection are holdings from Kaliningrad Amber Plant, which is part of Rostec Corporation. Today the amber mining and processing industry is booming, with some forms of this mineral even more expensive than gold. The work of employees at the combine are valued by contemporary artists, sculptors, and designers. This review discusses the production of fossil resin and the processing and manufacturing of precious minerals for jewelry at the world’s only plant for the extraction of amber.

Today, Russia is the world leader in the production of amber, and Kaliningrad Amber Plant is the major player on the global amber market. Amber deposits in the Kaliningrad region make up no less than 90% of the world’s supply. Local deposits are estimated to consist of 116,000 tons, with the annual extraction of raw material at about 300 tons. The most well known amber deposits, Primorsk and Palmnikenskoe, are located on the Baltic coast, 40 km northwest of Kaliningrad, in the village of Yantarny (which means Amber, formerly known as Palmniken). Here, amber is excavated using innovative systems developed by plant specialists. Analogues of this equipment do not exist anywhere else in the world.

Amber is located in so-called “blue earth,” the sand-clay rocks of marine origin that lay 20 to 50 meters below ground. Amber production is a complex and multi-step process. First the amber rock and water are loaded into a unit where vibration places the clay turns suspension. After the erosion of the rock, the process of enrichment begins, based on the specific weight of the mineral. Pulp, a mixture of solids and liquid, is added to the node in a two-drum separator. There, in a special solution where the density is higher than that of amber, the mass is stratified: heavy particles settle to the bottom, and the amber, along with pieces of wood and leaves, float up with repeated washing.

This technology has practically no negative effects on the integrity of the amber. Moreover, the water and power consumption is much lower than that of similar processes and thus reduces the harm to the environment. Next, amber delivered via a conveyor system to the roar, where it is screened and divided into fractions depending on size. From the plant warehouse the amber goes to the processing workshop, where it is cut, ground, and made into jewelry, souvenirs, and other products.

Nature has endowed this stone with an incredible wealth of colors, from that of honey to bright yellow, red, and brown. The most rare and valuable amber ivory is called “royal.” Blue and green shades of amber can also be found and is mined in the Dominican Republic.

Now the amber industry is experiencing a rebirth, as jewelry design is changing along with the industry. Simple spider brooches, souvenir hedgehogs, and wire trees with amber leaves are now a thing of the past. They have been replaced by modern, elegant necklaces and rings in a setting of precious and semiprecious metals, as well as furniture and crockery inlaid with amber, and much more.

Amber has found its place on the fashion stage as well. For example, decoration for the jewelry collection Valentin Yudashkin Royal Amber was made from "royal amber" in combination with gold and diamonds. The world premiere of the joint project from designer Valentin Yudashkin and the Kaliningrad Amber Factory was held last year in during pret-a-porter fashion week in Paris.

Amber is fossilized resin from ancient, extinct coniferous trees. The first people to collect and process amber came from tribes living on the Baltic coast in the Neolithic period (4000-1600 BC). The first mine for the commercial production of minerals was established here in 1864, and after just a few years, annual production of amber in East Prussia reached 500 tons.

In 1947, Kaliningrad Amber Plant was founded on the basis of the Palmnikenskoe deposit. Throughout its history, the company has consistently increased its range of products, from mass amber production to dielectric insulators, paints, enamel paints, as well as components for the chemical industry. This has been the history of one of the most amazing feats of nature, a symbol of the Kaliningrad region, and the heritage of all of Russia, the Baltic amber.