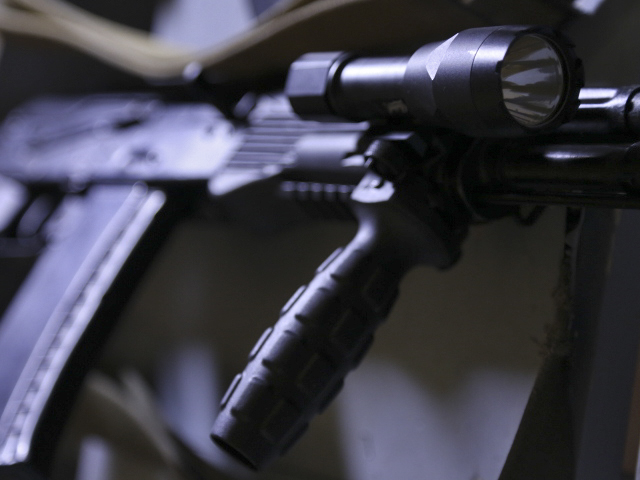 Concern Kalashnikov has developed a universal upgrade kit for its Kalashnikov rifles. Ak-74M rifles will feature the new equipment for the first time at the Victory Day Parade on May 9 in Moscow.

The universal kit improves the weapon’s combat effectiveness by 1.5 times, according to the so-called “frequency of destruction” at a distance of up to 300 meters and at any time of day and in different climatic conditions.

“The modern rifle, equipped with upgraded technology, can adapt to any tactical scenario and will greatly expand the potential use of these weapons,” said Sergey Urzhumtsev, Deputy CEO and Chief Designer of Concern Kalashnikov.

The head designer noted that the kit includes an upgraded stock and receiver cover, a modern hand guard and forearm, and a new belt, safety, and ergonomic grip for firing control.

These additions improve ergonomics and thus the handling of the weapon in combat missions in a variety of weather and climatic conditions. Previously purchased rifles can be upgraded at various enterprises or directly by troops.

Additionally, the rifle upgrade kits can be modified with a range of weapon accessories, including modern optoelectronic sights, laser sights, weapon lights, silencers, and flame arresters. Other options include the installation of a 40-mm grenade launcher or a bayonet.

Concern Kalashnikov has developed three sets of additional equipment for the modernization of 5.45-mm and 7.62-mm Kalashnikov assault rifles for the multipurpose military units, reconnaissance units, and special operations forces.

Concern Kalashnikov carried out this work on its own initiative and expense. The developments were based on tactical and technical requirements approved by the Russian Ministry of Defense. Currently, work is under way to develop mass production of these kits.