MiG-29UPG that was upgraded in India began scheduled flights 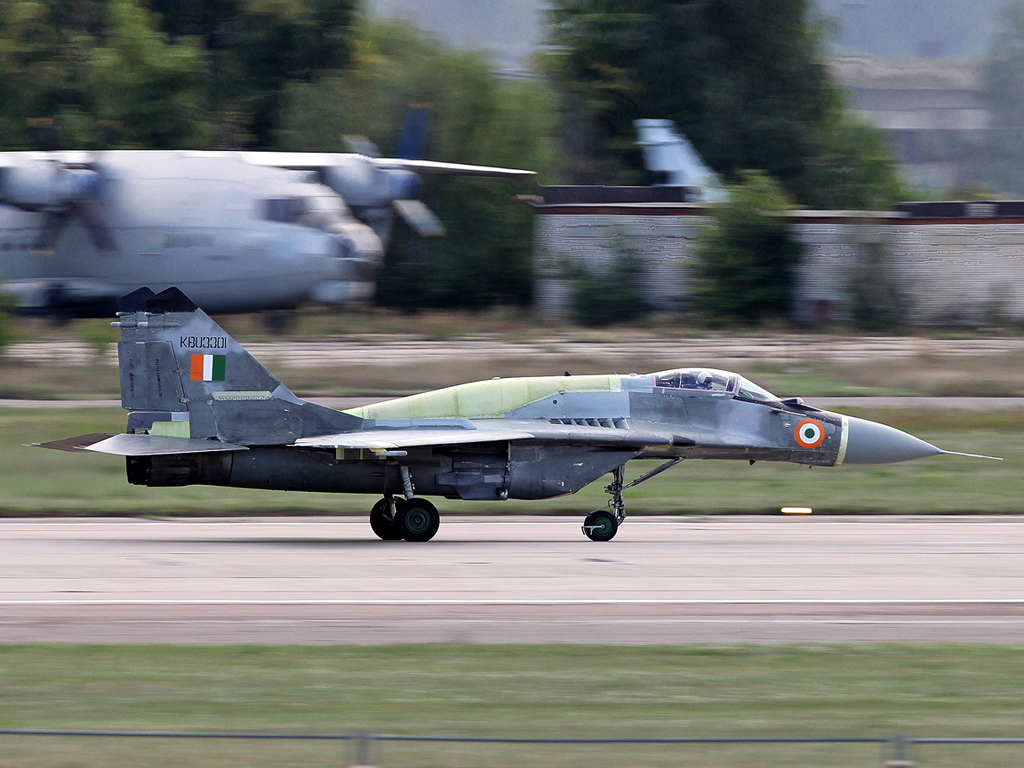 Indian experts have mastered the modernization technology to upgrade the MiG-29 and MiG-29UPG. The aircraft are equipped with the modern Zhuk radars, specially designed by KRET.

The first MiG-29UPG underwent modifications conducted by Indian specialists and soared into the sky in February this year, stated CEO of MiG Corporation Sergey Korotkov in an interview with Interfax-AVN. The group of MiG-29’s, which underwent modernization in India, is made up of four fighter aircraft.

A contract for revision of 62 MiG-29 fighter aircraft of the Indian Air Force was signed in March 2008. Under the specific arrangement, Russia supplies upgrade kits to Indian technological professionals, and MiG Corporation specialists provide the necessary advice and technical assistance and know-how required for installation and use to Indian partners, said Sergei Korotkov.

After receiving the upgrades, the combat readiness of the MiG-29UPG will attain a performance level similar to that of the naval MiG-29K fighter aircraft.

Thus, providing an expanded overall range of operational capability for the MiG-29. Currently, the aircraft are designed primarily to intercept air targets and achieve air superiority. The upgraded aircraft will gain the ability to attack ground and sea targets at any time of day and in any weather conditions.

This problem is resolved through integration of the Zhuk-ME airborne radar system designed by KRET into the MIG-29UPG fighter jets. The new radar system with specially designed slotted antenna arrays and production carried out by the PHAZOTRON -

Concern Radio-Electronic Technologies (KRET) is the largest Russian company in the radio-electronic industry created in 2009. KRET specializes in systems for advanced electronic warfare, modern avionics and aircraft instrumentation. The enterprises of the Concern also manufacture household appliances and medical equipment, along with equipment and control systems for the fuel and energy sector, as well as for the transportation and engineering industries.

MiG-29UPG that was upgraded in India began scheduled flights