Rostec won the tender for construction of the first Uganda refinery 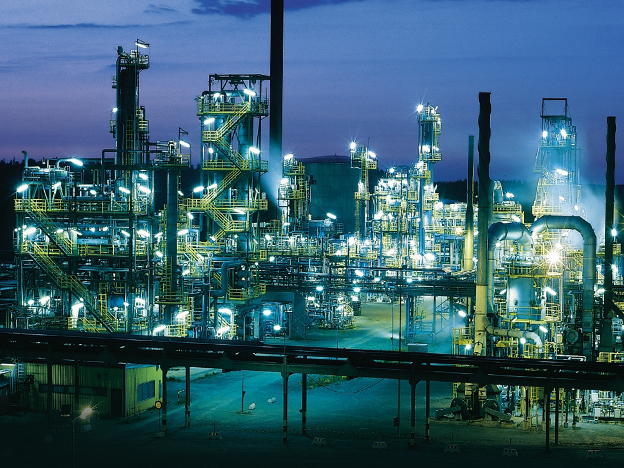 RT Global Resources, a Rostec subsidiary, won the tender for construction a refinery in Uganda. The Rostec win in this tender was the first achievement of this kind for a Russian company in Africa in new history of Russia. Total investments amount to above 3 billion dollars. Implementation of this project will generate additional demand for high-tech Russian equipment (either «within the scope of this project we will see the transfer of Russian technologies).

This is a strategic important facility for Uganda as it does not have sea access and its economy shows strong dependence on external suppliers. It is expected that after the refinery reaches its full capacity it will supply its production to the neighboring countries of Eastern and Central Africa that also lack own refinery facilities.

The project of the refinery to be located in western part of the country by Alberta Lake will be implemented in association with the Government of Uganda that will have 40% of the equity capital. The share of the Russian consortium is then amounts to 60%.

“The consortium led by RT Global Resources company won the tender for construction of the refinery as a result of tough, transparent competitive struggle with global companies, said Sergey Chemezov, CEO of Rostec. Implementation of the project will benefit in strengthening Russia and Uganda relations, and it will be a sound basis for advancing Russia’s interests in whole Eastern Africa. Global suppliers with the most competitive technologies and implementation experience of similar projects will be involved. Nevertheless the priority will be given to the Russian technologies that will encourage the increase of high-tech export.”

Financing for this international tender was granted as a part of emerging economies support program. These funds were spent by the Government of Uganda to hire consultants from USA and other countries. This group of consultants is headed by an American investment bank Taylor-DeJongh (TDJ);

“The bids were assessed on the base of many indicators: technical parameters of the project, advanced technologies utilization, composition and quality of finished products, financial productivity of the refinery, details of commercial and financial plans, technical, financial and organization opportunities of the participants, availability to finance the project, crude oil buying plans,” noted Andrey Korobov, head of RT Global Resources, “In the end the Russian consortium almost overtook South Korean SK by all these parameters.”

The Russian consortium also renewed composition of its participants: RT Global Resources, Tatneft and VTB Capital were joined by Korean company GS, the operator and developer of the forth refinery in the world in terms of size in southern part of South Korea. The aim of GS entry in the consortium is to bring additional competencies and international expertise.

The project will be realized with the involvement of international contractors with the most competitive technologies and operational experience of such projects; the priority will be given to advanced Russian technologies.

Financing will be raised from different sources. There is a confirmation of the project support on the part of South Korean export and credit organizations and international commercial banks.
After achievement of full capacity the refinery will process 60 kb/d (in other words more than 3 million tons per year).

The investment including cost of equipment and financing organization is more than USD 3 billion.