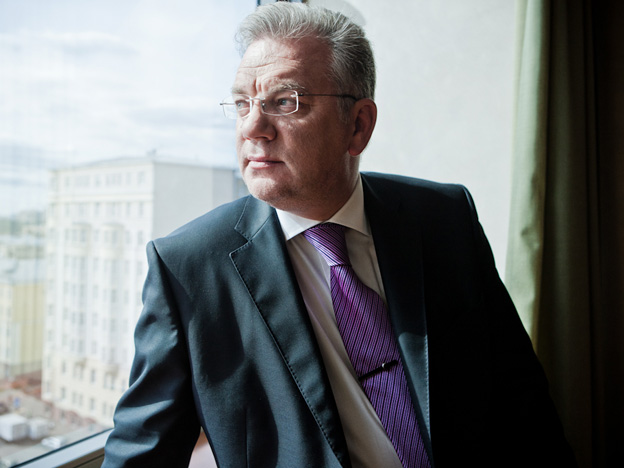 "You either adapt to the market requirements, or you lose,” said Rostec Deputy General Director for Foreign Economic Cooperation. Dmitriy Shugaev spoke to radio station Echo of Moscow about import substitution, the impact of sanctions on the supply of military goods, as well as about the competition in the global arms market.

CREATING OF A VERTICAL STRUCTURE IS A JUSTIFIED DECISION

Today, Rostec companies work in military and civilian directions. The established holding companies are vertically integrated structures that combine enterprises based on the branch principle and unite entire sectors of Russian industry.

The vast majority of the enterprises are the companies of the military-industrial complex. That is why the issue of military and technical cooperation and Defense Procurement and Acquisition is so important for Rostec. The structure of the corporation includes Rosoboronexport, responsible for supplying of HRP, and we also have 14 objects of military-technical cooperation, including UEC and Russian Helicopters.

Originally, the companies were independently supplying their customers with the end products. But the results showed that this competition within the country, which was unnecessary, has made our companies uncompetitive in the foreign market.  This was when it was decided to establish Rosoboronexport - the sole State intermediary in the import/export of military and dual-use products.

FOREIGN CUSTOMERS ARE LOOKING TO PURCHASE WEAPONS OF THE NEW GENERATION

Today, the worldwide trend is as follows: everyone wants new-generation weapons and modern technology that will allow them to use them. It is a principle that was proclaimed by India:”Make them in India - and buy Indian products". This means that selling final products to India is quite problematic, since it will have to involve creating joint production facilities and joint laboratories for manufacture of their own designs in the country.

A prime example of this principle is refusal of our Indian colleagues to purchase the French Rafale aircraft. The main reason being is that the French do not want to share their technology. That is, either you adapt to the situation, or you will lose. Today, you cannot just come up with a product, present it and then say, "Take it". Today, you have almost no bargaining power over a foreign customer.

We have our traditionally established partners - India and China. We have solid relationship with Latin America. If we look at the export market, this is what we have: 55.5% - are the countries of South-East Asia and the Asia-Pacific region, approximately 18% accounts for Arabic states and North Africa, about 15% - Latin America, 7.9% are the countries of the CIS, and the rest (about 2.2%) are European states.

The Indian market is actively developing its aviation industry. We have very solid relationship in the field of helicopters, combat aircraft, and naval forces. China is engine building, aviation equipment, particularly helicopters, and air defense systems. The export structure of the region does not differ much from the Arabic countries - they are both interested in air defense systems and helicopter technology. In general, the aviation component tends to be the dominant one in the export sector.

WE ARE OPEN TO JOINT PRODUCTION

Technology is also a commodity. We are ready for the joint production and transfer of technologies that are necessary for manufacture of a product. With certain guarantees, of course. Technology is, first of all, related to aircraft and engine-building. This is a serious endeavor that will not only require technology, but also call for joint production.

On the other hand, for example, on-board equipment for wide-body aircraft in China. This is optics, EW systems, manufactured by KRET. It is very advanced technology - everybody recognizes it and shows great interest in it.  Not only in India and China.

We have two exhibitions coming soon. The first starts on February 18 in Bangalore. This is an exhibition of aerospace technologies, including ground-based equipment for airfields. We are sending a large delegation, which will represent approximately 30 organizations. The second one is IDEX. This is the industry “Wimbledon” of sorts, since it attracts the largest number of enterprises and organizations from around the world. I believe that this year there will be about 1,000 companies from 60 countries from all over the world attending the event.

WE ARE REPRESENTED IN ALMOST EVERY COUNTRY AROUND THE WORLD

We are using all available marketing tools for product promotion. Despite the fact that we have our established customers, the search for new markets does not stop. We make extensive use of our foreign representatives.  We have 53 offices abroad. Although there are only 155 people working in these offices, we are represented in almost every country around the world, since many of the offices operate in several countries and are regional.

Therefore, we actually reach out to our customers in 90 countries. These people do some serious marketing work on the ground. They also conduct all pre-contract work and, most importantly, the large amounts of work after the conclusion of the contract. They are at the forefront of events, when they deliver or receive products. They keep in touch with our customers, first of all with the National Defense Ministries.

Rostec also participates in exhibitions. These days, the Corporation organizes Russian exhibitions abroad. This year, there will be 17 exhibitions. We are constantly improving the quality of our work, bringing it up to date. We are gradually moving away from posters, ordinary-looking models. There is a lot of interactive stuff, we always appreciate real samples. By the way, the Indian exhibition will feature the SuperJet in all its glory. High Precision Systems, OJSC will present the newest Khrizantema-S AT missile systems at IDEX. It is a very powerful weapon. The upgraded system with a range of up to 6 km, in the conditions of very low visibility or high fumigation.

AS LONG AS THERE IS MTC, THERE IS COMPETITION

We have a list of arms that are not allowed to be exported. There are countries that do not allow the export of arms. There are also examples of unfair competition. A pretty major British exhibition 2015-DSEI rejected our request, despite the fact that we are partners. The British do not want to see us at the show.

As long as there are MTC with foreign countries, there is always competition. There is always pressure - in this way or the other. So that they could prevent us from entering the established markets, or remove us from there. We see this all the time. We are perfectly well aware of the methods that they use. We are not surprised by that at all. We simply continue our cooperation with those countries that we are accustomed to work with, where we have established ourselves positively. In addition, we continue to look for new markets, and we promote our cooperation with other countries, in particular with Latin America.

SANCTIONS HAVE REVITALIZED OUT EFFORTS

To say that the sanctions have not affected us would be wrong. Sanctions imply an automatic rise in credit facilities. The sanctions, unfortunately, have impacted the payments that involve our customers and import operations. Mistrals would be the best example. The contract was concluded in the framework of intergovernmental agreements. This raises the issue to an entirely different level. The first ship was not delivered. Although the second ship us being built, which gives us hope for a favorable outcome.