The Russian Chirok drone is preparing for test flights 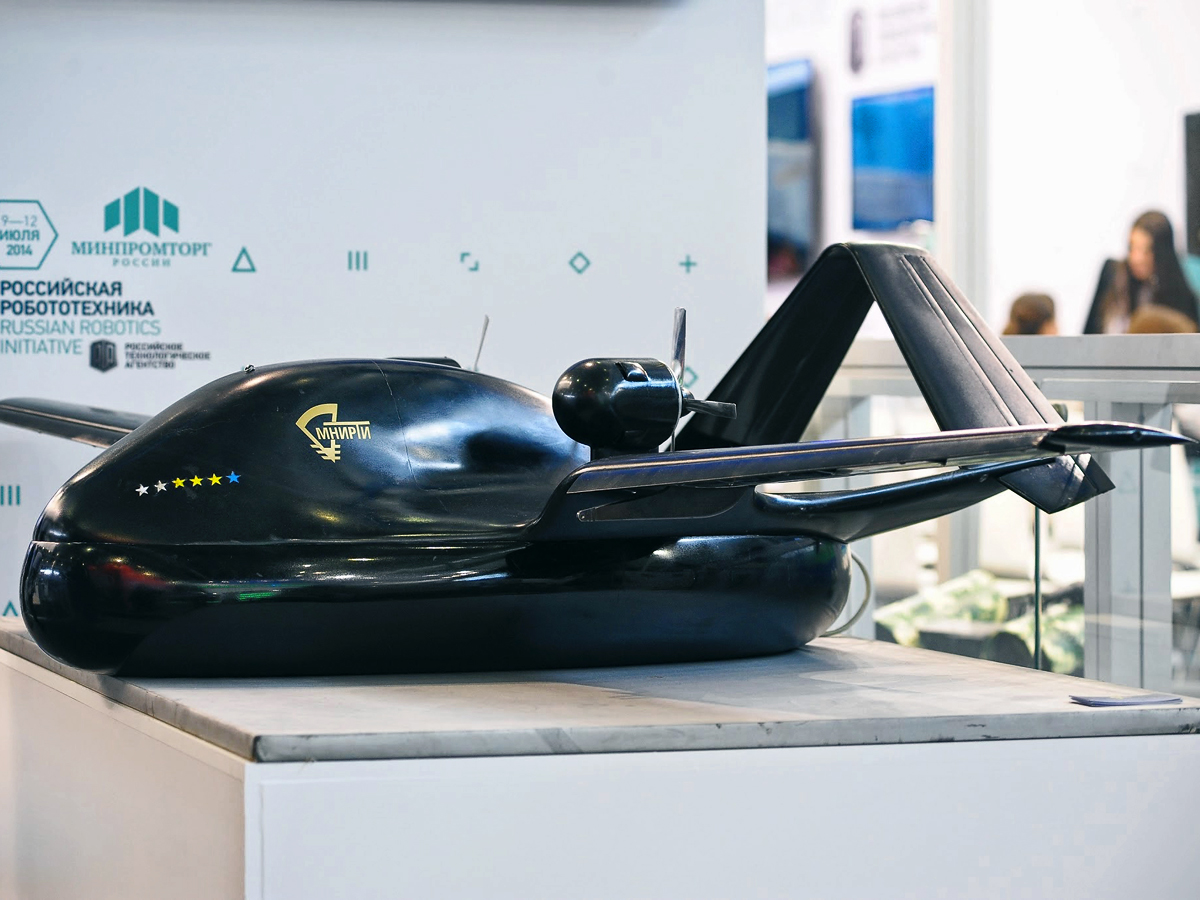 The first full-size model of the Chirok (Teal) reconnaissance and strike drone is preparing for test flights.

The drone was introduced last year at the Innoprom Expo on a 1:5 scale in Yekaterinburg. Now the full-size model is ready, sporting a wingspan of 10 meters. The Chirok is getting ready for flight tests, according to reports TASS received from the United Instrument Manufacturing Corporation, which developed the drone.

The official presentation of the full-size Chirok model will be held at MAKS this year. United Instrument Manufacturing Corporation CEO Alexander Yakunin believes serial production of the drone will begin in 2016.

The Chirok is a dual-purpose aircraft, developed by the Moscow Radio Engineering Research Institute. It is designed for monitoring the ground or water surface, and for cargo transport. As expected, the military will be able to use the UAV for reconnaissance and as an unmanned combat aircraft.

The Chirok combines the latest achievements of engineering from different areas: electronics, aerospace, and the chemical industry. The technologies employed allow for building a truly modern aircraft. It is lightweight and durable, and has high performance marks, despite its impressive dimensions. The Chirok has a 10 m wingspan, with a maximum take-off mass not exceeding 700 kg. The device has an all-composite (carbon) body. The membrane of the air cushion is made of super-modern material, which was developed by Russian specialists. The technology behind the production of this material is based on Russian know-how.

The maximum take-off weight of the Chirok is up to 700 kg, and the maximum weight of its payload is up to 300 kg. On board it will be able to use opto-electronic devices for various types of monitoring. The UAV is also capable of carrying precision-guided weapons. It can also ascend to a height of 6,000 meters, with a range of up to 2,500 km. Currently, UIMC experts are working on further improvements for the technical specifications of the Chirok UAV.

Another feature of the design is that the arms can be positioned within the aircraft’s housing. For previous models, arms were mounted on the external suspension. Such a solution reduces the visibility of the UAV and improves its aerodynamic properties.

“This type of machine is designed for use in harsh environments: in regions where there are no runways. The machine will help to solve this problem across a large swath of our great country,” said Yakunin. “Our project will be offered to customers on both civil and military markets. I think it will generate a lot of interest in the energy sector and with the Ministry of Defense,” said Yakunin.

The United Instrument Manufacturing Corporation, a Russian state-backed corporation, was created in 2014, as part of the Rostec state-backed corporation, to develop the high-tech manufacturing of competitive products in the field of technology and communications systems, automated control systems, and electronic security and robotic systems for the Russian Armed Forces and other special groups, as well as competitive products for civil and dual-purpose. It brings together 55 enterprises and research institutions in the Russian electronic industry.