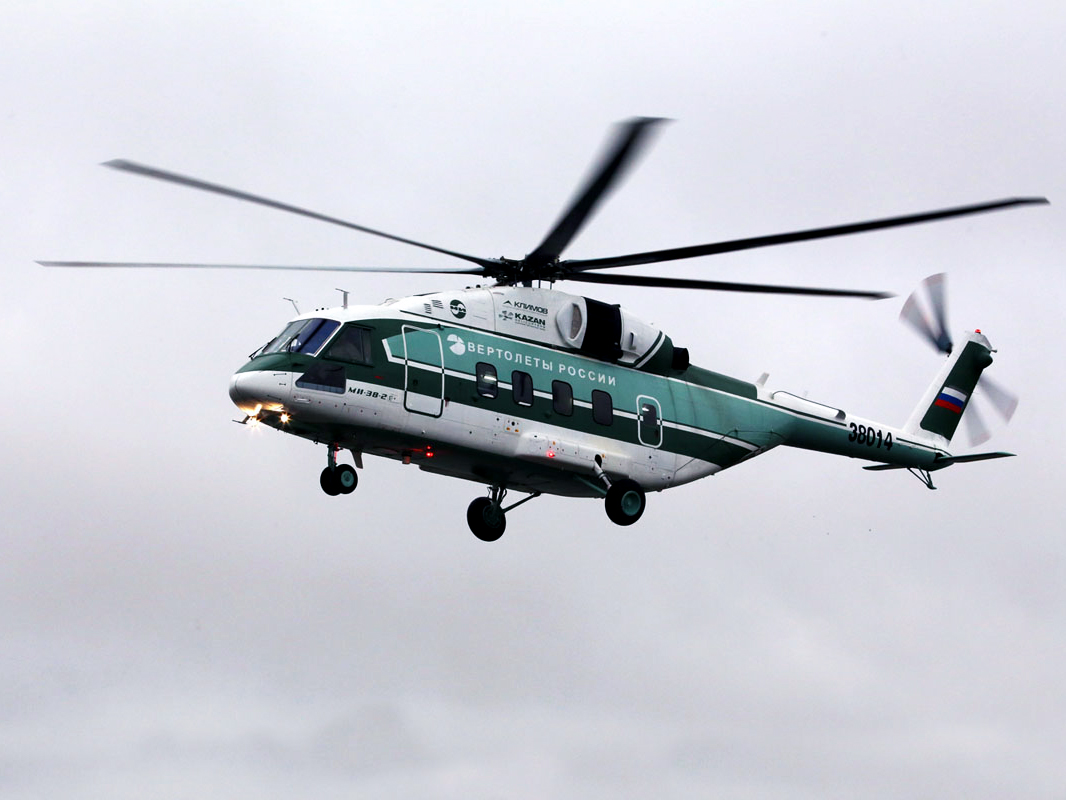 Latin American countries have expressed a growing interest in Russian helicopters. Therefore Vertolety Rossii (Russian Helicopters) is maximally developing cooperation with representatives of the region. A delegation of Latin American journalists from Argentina, Brazil, Mexico, Peru, and Chile visited the Kazan Helicopter Plant. They were shown the factory workshop and demo flights by the ANSAT and Mi-17V-5.

Since the late 1990’s the Kazan Mi-17 has been used by the Colombian military. The delivery of Kazan Helicopter Plant production became the first commercial transaction for the sale of Russian military equipment to Colombia. By 2002, Colombia had received 16 Mi-17-1V helicopters. The Colombians were impressed with the Mi-17-1V’s high reliability in combat conditions, and in 2007 and 2009 they were delivered 9 Mi-17V-5 helicopters.

Another important partner is Venezuela, which signed a contract in 2006 with KHP for the delivery of 34 Mi-17V-5’s.

Since 2006, in Veracruz (Mexico), a center for the repair and maintenance of Russian helicopters was opened. Negotiations are underway for the establishment of an additional center in Mexico. “We are working very hard towards getting more of our helicopters operational offshore,” said CEO of KHP Vadim Ligay. “Our equipment is used in a number of countries for this purpose. We will do all we can to ensure that our products make it onto your market.” Overall, he described Latin America as one of the most promising growth points for KHP.

Experts, who were approached by the online portal Business Online, described the Latin American market as being of mammoth importance and potential for Russian helicopters, but indicate that it would be a good idea to tighten the quality of equipment and after-sales service.

Andrey Frolov, Editor-in-Chief of Arms Export magazine (a publication of the Center for Analysis of Strategies and Technologies) comments:

If you do not take India and China into account, Latin America is where our helicopters are most extensively bought, and, of course, the region has confidence in Russian technology ... One can assume that there will be new deals made with Venezuela, Mexico, and Brazil. Moreover, this does not exclude that KHP will advance not only the Mi-17 but also the ANSAT and the Mi-38 to countries of the region.”

Yevgeny Matveyev - Senior Research Fellow at Zhukovsky Academy and expert on the subject of the helicopter added:

“Latin America is of utmost interest and importance to us. Therefore, it is pleasing to see that our technology (mainly the Mi-8/17 family), isn’t just relied on, but also loved. It has proven itself with its excellent reliability, ruggedness, and performance in difficult climatic conditions, including high altitude and high humidity. Moreover, we have a good chance not to lose out to the Americans and Europeans in the public and corporate aviation sectors. Although, in private aviation, we don’t stand a chance.

KAMAZ Ready to Place A Joint Assembly Factory in Argentina