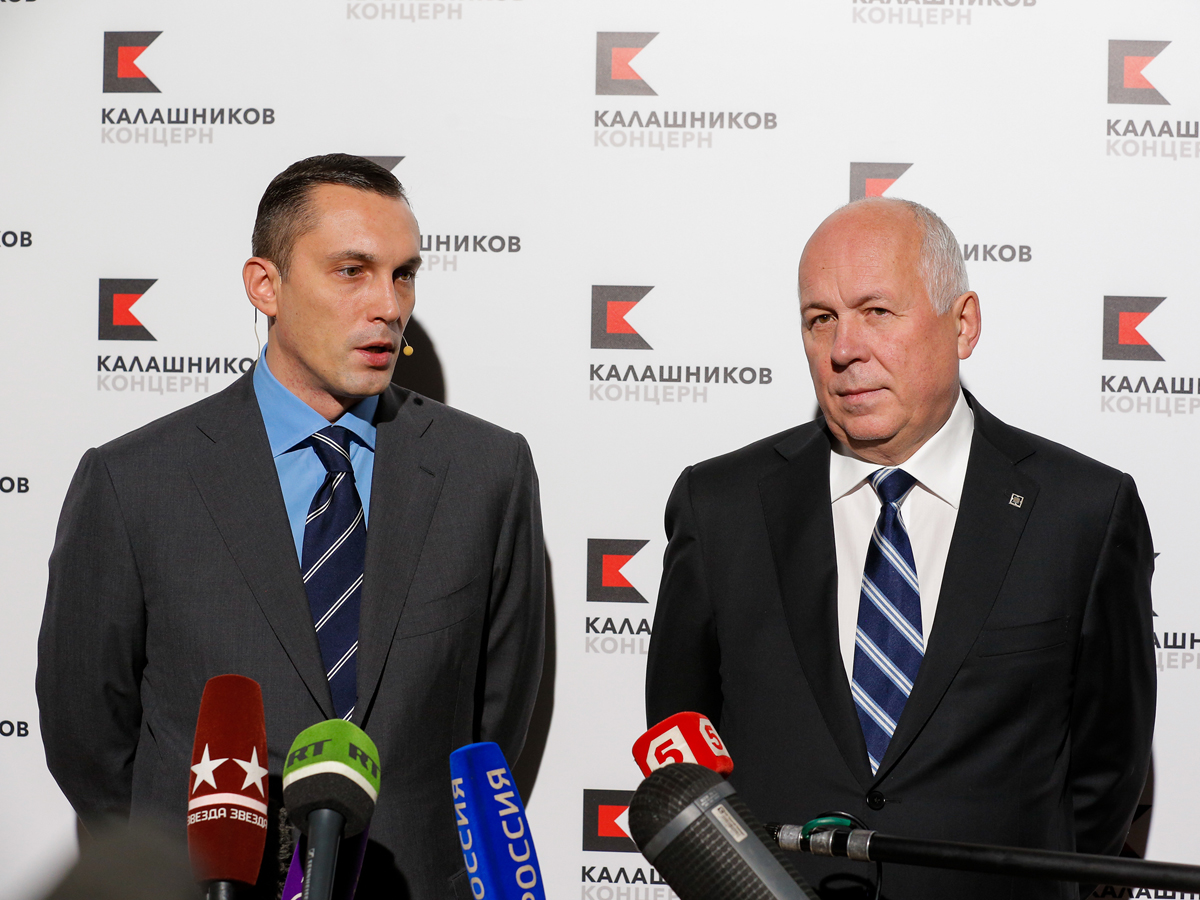 Concern Kalashnikov presented a new brand. Rebranding will play an important role in the culmination of the concern’s new development strategy. It overlooks the expansion of the global geography of sales and an increase of supply by four and production sizes up to 300 thousand units a year.

”Concern Kalashnikov occupies 95% of the Russian firearms market and in correspondence with a new strategy is piling up production for a sales increase around the world. However, in order to compete with world leaders on an equal standing, an understood, strong, and recognizable brand is necessary,” noted CEO of Rostec Sergei Chemezov.

In order to compete with world leaders on an equal standing, an understood, strong, and recognizable brand is necessary

The investment program of 4.5 milliards of rubles will allow to change old machines which volume is up to 90%, decrease production areas, decrease the expenses and increase working efficiency in several times.

The Concern brand renew is a symbol of long ripened changes and reflection of the companies’ new strategy. New brand joins in itself the main values of all Concern functioning: reliability, responsibility, constructability. Owing to rebranding the brands portfolio common architecture was created including the “Kalashnikov” corporate brand and three production: fighting weapon – “Kalashnikov”, hunting – “Baykal” and sporting – “Izhmash”. In addition to new corporate and production design the names system has been created for all concern issued weapon models.

Rebranding is a key element of the concern’s expansion onto new markets and the broadening of sales in the civil sector. In the future the recognizable Kalashnikov brand will become the basis of a clothing and accessory line.

A polished public image will appear for Rostec’s key companies, they’re starting to speak in a modern and understood verbal and visual language

Grigor Badalyan, the one of the Concern Kalashnikov new brand creator

In order to develop the export of a military purpose production, the concern selected 50 countries more interested in the purchasing of firearms. A thrust will be done on the international dealer network in the hunting and civil weapons direction.

In connection with regulations on weapon sale in the US, the concern introduced correctives into the civil production advancement strategy and is now oriented firstly on deliver to countries of the Asiatic Pacific region and Africa.

Rebranding of Concern Kalashnikov is the part of Rostec’s strategy for the image renew, holdings and subsidiaries renaming to reinforcement its positions on the world markets and Goscorporation capitalization in long-term perspective.

The one of the new brand creator Grigor Badalyan noted: “After rebranding of Rostec, the several key Goscorporation holdings rebranding became as the next stage in reinforcement of Russian industry strategic positioning. In general, all these companies as the Rostec were duly closed in information plan. But now the polished public image will appear for them and they are starting to speak in a modern and understood verbal and visual language”.