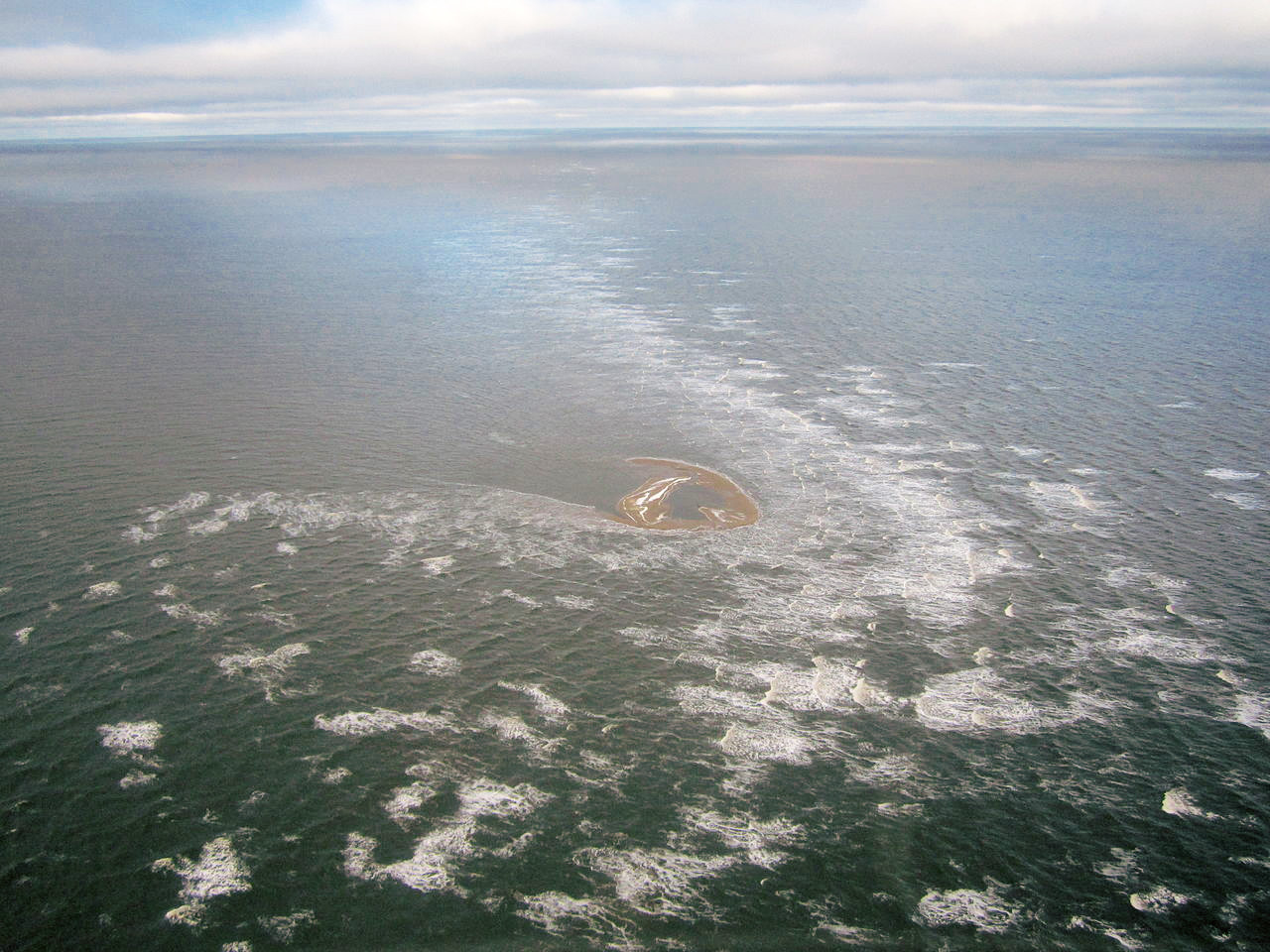 Crews of Russian military Mil Mi-26 helicopters have discovered a new island in the Arctic Ocean. The previously unknown island was discovered from the air in Vasilievsky Shallows by the crews of two Mil Mi-26 helicopters delivering assorted equipment from Tiksi Port in Yakutia/Sakha on the Russian mainland to the New Siberian Islands. This discovery expanded the Russian territorial waters by 452 square kilometers.

The discovery was made back in 2013, but was not widely announced until it could be verified by scientific methods. It is a feature of many arctic “island candidates” that  they are made up of ice with a layer of dirt and sand on top rather than rocks. The ice melts over time, causing the putative “islands” to disappear. This was why the official announcement of the discovery made by Mil Mi-26 crews was delayed by a year, after Hydrographic Service employees could research the findings and verify that the small sandy strip of land 370 meters long by 125 meters wide and less than one meters tall found in the Vasilievsky Shallows was indeed an island.

The new island was dubbed Yaya, for the claims made by the Mi-26 crew members crying out “It was I, it was I who found it!” (“Ya” being the Russian word for “I”).

The Mil Mi-26 helicopter is the largest and heaviest-lifting production helicopter in the world. It is capable of transporting up to 20 metric tons of payload either suspended under the fuselage or inside the cargo hold. Mil Mi-26 helicopters are also used to transport paratroopers, the wounded, or fuel, and also to put out fires. The helicopter is manufactured by Rostvertol Factory, a Russian Helicopters subsidiary (which, in turn, is controlled by Rostec). The commercial version of the helicopter is designated Mil Mi-26T. Test flights are currently under way for an upgraded Mi-26T2 version, which can be operated by a smaller crew, has a glass cockpit, up-to-date avionics and the ability to operate at night.

Rosoboronexport to Exhibit at Airshow China 2014

The crew of Mil Mi-26 saved a polar bear cub