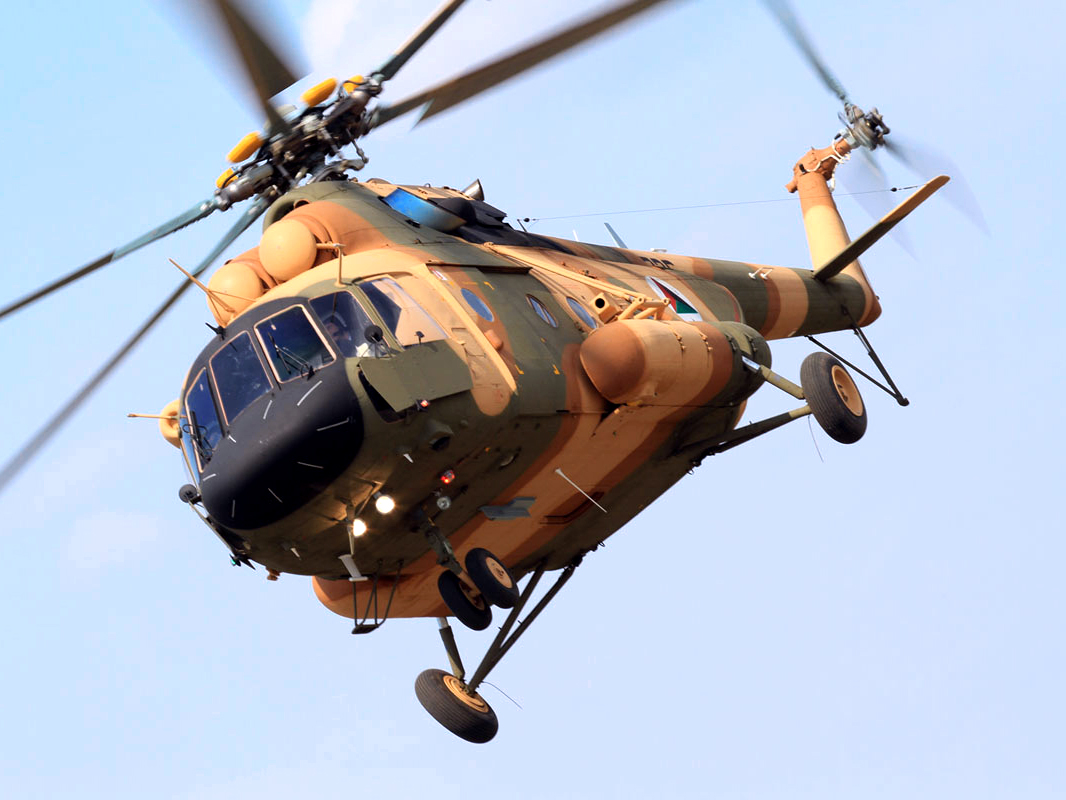 The delivery of Mi-17V-5 military-transport helicopters to the Afghan National Army was completed in October 2014. Since the contract between Rosoboronexport and the US Department of Defense was signed in 2011, 63 helicopters produced at Kazan Helicopters, part of Russian Helicopters, have been delivered to Afghanistan.

Rosoboronexport proved itself a reliable supplier of military helicopters, and in implementing the contract to supply Mi-17V-5 helicopters to Afghanistan was highly evaluated by its US partners. Mi-8/17 helicopters have shown that they perform well in Afghanistan, with its challenging climate and mountainous areas. The helicopters supplied assist with the successful formation of the Afghan National Security Forces (ANSF), and are part of Russia-US cooperation in the fight against international terrorism.

The Russian side, the Federal Service for Military Technical Cooperation (FSVTS Russia), confirms it is ready to discuss potential future supplies of Mi- type helicopters, and also to provide maintenance and after-sales servicing to Russian-made helicopters already in operation.

The Federal Service for Military-Technical Cooperation (FSVTS) is a federal executive body responsible for control and oversight in the field of military-technical cooperation between the Russian Federation and foreign countries.

JSC Rosboronexport, part of the Rostec State Corporation, is Russia’s sole state intermediary agency responsible for import/export of the full range of defense and dual-use products, technologies and services. The company ranks among the leaders in the global arms market. It accounts for over 80% of Russian arms exports. Rosoboronexport cooperates with more than 700 enterprises and organizations of Russia’s defense industrial complex. It maintains military-technical cooperation between Russia and more than 70 countries. In 2013 Rosoboronexport delivered weapons and equipment worth of $13.2 bln to the customers. Currently the order portfolio of Rosoboronexport accounts to about $38 bln.

Russian Helicopters is one of the global leaders in helicopter production and the only helicopter design and production powerhouse in Russia. Russian Helicopters was founded in 2007 and is headquartered in Moscow. The company comprises five helicopter production facilities, two design bureaus, a spare parts production and repair facility, as well as an aftersale service branch responsible for maintenance and repair in Russia and all over the world. Its helicopters are popular among Russian ministries and state authorities (Ministry of Defence, Ministry of Internal Affairs, Emergency Control Ministry), operators (Gazpromavia, UTair), major Russian corporations. In 2013 its IFRS revenues increased 10% to RUB 138.3 billion. Deliveries reached 275 helicopters.