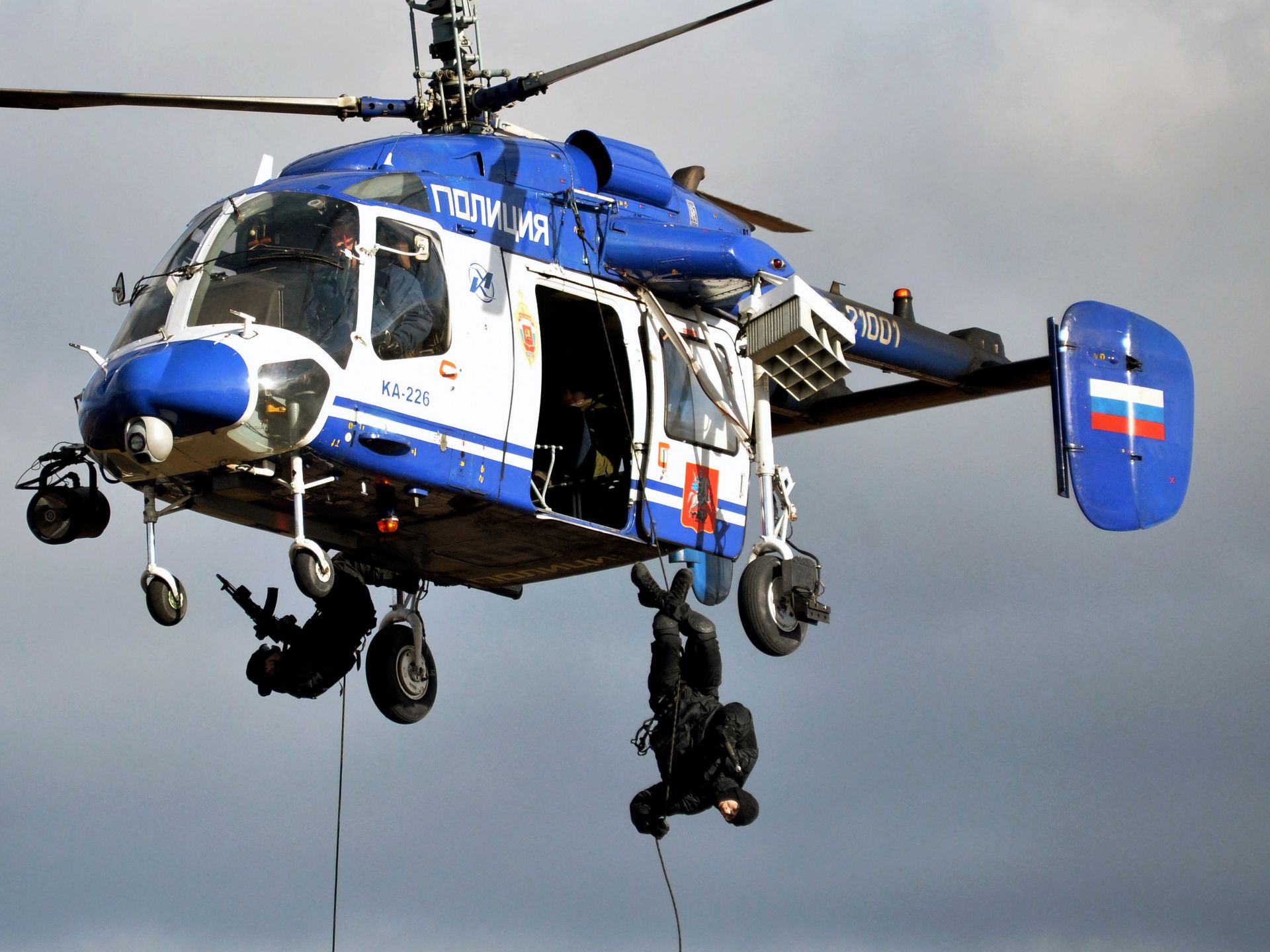 Rostec Corporation is presenting a wide range of new designs and products at Interpolitex 2014, the 18th International Exhibition of Technologies and Methods to Ensure National Security. Rostec subsidiaries will demonstrate a mobile command post for senior regional police officers, a command/staff police van and a remote surveillance mobile control station.

Rostec subsidiaries Ruselectronics, Shvabe, KRET, UIC, Aviation Equipment, KAMAZ, Rosoboronexport and others are among the exhibitors.

The Interpolitex 2014 Exhibition is taking place from October 21 through 24, 2014 on the VDNKh grounds.  In addition, the combat capabilities of weapons systems and special-purpose equipment intended for export markets will be demonstrated at the Geodeziya Scientific and Research Institute (Federal State-Owned Enterprise) testing range in the town of Krasnoarmeysk.

The demonstration will take place during tactical military exercises by special forces of the police troops and Russian police units. Guests and exhibitors will have an opportunity to see real combat capabilities of small arms, RPG launchers and artillery as presented by Rosoboronexport, elements of attack deployment by helicopter, methods of achieving hostage release, disabling armed criminal gangs and illegal militant groups.

Ruselectronics will also participate in the military and police equipment demonstration in Krasnoarmeysk. Plans also include a demonstration of a mobile command post for senior regional police officers and a mobile control station for remote surveillance in areas affected by natural and technology-related disasters, as well as in areas overrun by potentially volatile crowds.

Rosoboronexport is presenting the latest version of its mobile non-lethal electroshock barrier system, the SNEV-MKZ mobile system. The system is intended to secure and physically protect facilities of critical importance and social significance.

Aviation Equipment is presenting a one-of-a-kind breathing valve for submarine crews which has no peers anywhere in the world and was created with development of the Arctic continental shelf in mind. The new design can perform reliably at sub-freezing temperatures.

The United Instrument Corporation is presenting an independent design – the Indigo hardware and software system – at the exhibition.

The new system makes it possible to deploy within a very short time a trespassers detection system practically in any location, even where a reliable electric power source is unavailable. Indigo can detect a person from a distance of up to 250 meters and record visual images of objects in the infrared part of the spectrum. Another new design to be presented by UIC will be the Forpost (“Outpost”) radar area control system. The Forpost 360-degree radar system can detect moving objects at a distance of up to 20 kilometers, identifying and tracking 50 targets simultaneously. The system has significantly better specs than international peer products and is ready for series production.

The KRET booth displays Atrolink, an optical atmospheric communication line for high-speed secure data transfer in the visible spectrum. This equipment is used by defense agencies to set up temporary communication lines.

Giant commercial vehicle manufacturer KAMAZ is presenting a mobile classroom on the KAMAZ-43114-30 chassis. The training simulator includes a quad display visualization system with realistic view, diagnostics and service equipment, a set of assemblies and parts of gas cylinders and associated equipment. The mobile classroom runs on the Efficient and Economical Driving version of the AutoCoach software suite.

More than 25 subsidiaries of Rostec’s various holding companies submitted more than 100 different types of special-purpose equipment and machines for display at the exhibition.

Interpolitex 2014 is Russia’s largest trade show for technologies and equipment that ensure national security. As many as 473 organizations are expected to participate in the trade show as exhibitors, including 64 international companies from 19 countries: the People’s Republic of China, Bulgaria, Israel, The Netherlands, Sweden, Belgium, The Czech Republic, Germany, Italy, India, Taiwan, Canada, Austria, Denmark, Turkey, Switzerland, Belarus, Singapore and Finland.